Due to its worldwide progress on the path towards Decarbonization, Costa Rica is exploring the possibility of being the host country of the Convention of the Parties (Cop25) to be held in 2019. The venues of the COPs are usually defined 3 years before for which the country has enough time and the corresponding preparations can be made.

By 2019 the headquarters corresponds to Brazil but with the change of government and the problems they face, they have already stated that they are not in a position to move forward. It is for this reason that Costa Rica, after analyzing, internally, the possibility with the Secretary of the Climate Change Convention and with other strategic partners, wishes to explore this possibility.

The COP25 will be held in December 2019 and moves around 22 thousand people. “We had a conversation with the Secretary of the Climate Change Convention and with other strategic partners a few weeks ago to explore having the headquarters of Cop25 in Costa Rica in 2019. However, we are going to analyze and know carefully the requirements now that We are going to Cop 24 in Poland, which starts in 3 days”, said the Minister of Environment and Energy, Carlos Manuel Rodríguez.

According to Rodríguez, for 2020, at COP 25, a great agreement is sought to decarbonize the economies. However, the country is advancing 2 years to most of the countries, generating the necessary actions to decarbonize the economy and move forward with the implementation of a National Decarbonization Plan. Hence, the interest to explore the possibility and, also, initiating the necessary negotiations for Costa Rica to host the Convention of the Parties (COP25) for 2019.

“There is a regional rotation to prepare the Cop and in 2019, Cop25 is assigned to Latin America and the Caribbean, it is then defined that it is in Brazil and they say they have no interest. This is where Costa Rica explores the possibility of being the headquarters. At the moment, we only have information that Barbados and possibly the Bahamas, another Caribbean island, have expressed interest”.

In order to be elected, there must be an agreement between all the countries of Latin America and the Caribbean. “For an organization how it is, Costa Rica would have to put 20% of the resources, 80% would assume the International Cooperation and, of course, work with bilateral and multilateral cooperation support”.

The benefits of hosting the Cop25, are many for the country, such is the case of being able to position our Decarbonization Plan and the route to it. We could also promote more ambitious agreements on Climate Change and Decarbonization of the economies in the world”, added the head officer of MINAE.

Costa Rica goes to the Cop24 to discuss the rules book on how the Paris agreement will be applied, in addition to mobilizing resources for climate change and will ask for support to advance adaptation and resilience actions on climate change to more vulnerable countries and more affected, for 2020.

The outcome of the negotiations will be known in the coming months. 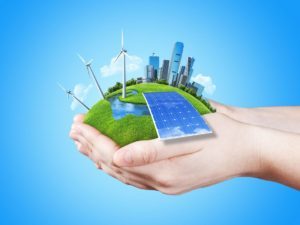 Climate Change, More Difficult to Combat than the Pandemic?