Among the Central American countries, Costa Rica (such a Spanish name suggests a “Wealthy Coast”, maybe because of its abundant natural resources) is one the world’s most interesting places for tourism. There are many reasons why any person would like to visit, or to know more about, this small great country. 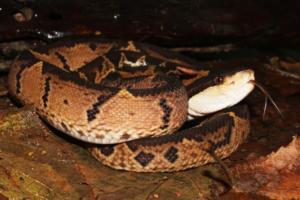 In order to start with a mental tour, let us take into consideration the following facts. Costa Rica hosts more than five percent (5%) of the world’s biodiversity even though its landmass barely takes up point zero three per cent (.03%) of the planet’s surface. That natural condition makes the country be very privileged in terms of the many birds, fish, reptiles, mammals, amphibians, insects, and lots of plants species co-existing all together, especially if compared to other larger countries around the world. Out of the bird variety, there are about fifty-two species of hummingbirds in Costa Rica, making this country a truly hummingbird territory. It is worth commenting that they are considered the world’s smallest bird species and, as a common characteristic, can beat their tiny wings at an amazing average of more than fifty (50) times per second.

From the topographic point of view, there are eight hundred one (801) miles of coastline,
with hundreds of beautiful beaches suitable for people to bathe, surf and enjoy. Volcanically speaking, there are also more than one hundred twenty-one (121) volcanic formations, and seven (7) of them are active. Poas Volcano has the second (2 nd) widest crater in the world and Arenal is among one of the ten (10) most active volcanoes on Earth although it has been without activity for the last couple of years. For this reason Costa Rica is considered, literally, a “living” territory. And in terms of “green” reservoirs, approximately twenty-five percent (25%) of the country has protected forests and reserves, offering tourists more than one hundred (100) different natural areas to visit and admire.

From the demographic point of view, Costa Rica has an estimated population of four point one (4.1) million inhabitants and San Jose, the capital city, has a metropolitan area of approximately two (2) million people. Its national life expectancy is almost seventy-seven (77) years, one of the highest in the world. This fact is reflected through an acceptable quality standard in relationship to general goods and services. In terms of salary income, the average wage for workers is about ten (10) American dollars (US$) per day, which is the highest one in Central America. By far, it is even higher than some South American Countries, including Venezuela. Although Costa Rica has its own currency (the Colon), many shops and stores list prices in terms of US$. That currency flexibility represents a great advantage for international tourists at the moment of making their purchase transactions.

From the political point of view, the Costa Rican government is democratic, holding presidential elections every four (4) years –very similar to the president’s office term in the United States of America– and no standing army (a very curious fact if compared with the rest of countries not only in Central America but around the whole world). This democracy stands as a role model for other countries, not only in Central America but in many other countries of the Caribbean and South American region, being a constitutional republic since 1949.

In relationship to food preference, Costa Rican diet is mainly based on rice and black beans (when mixed together for breakfast they are called “Gallo Pinto”), served along with bread, chicken or meat, vegetables, salads, and fruits. As a matter of comparison, in some Caribbean countries, such as Cuba, this same basic combination of rice and black beans is also called “Moros y Cristianos”. Another curious fact is that Costa Ricans refer to themselves as “ticos” (for males) and “ticas” (for females), whereas foreigners are often called “gringos” (for males) and “gringas” (for females). Idiosyncratically speaking, they are friendly, warming people who like to welcome all visitors, especially international tourists.

Of course, there are many other reasons to visit a country such as Costa Rica, but it will be better if some more facts are left to be discovered by themselves. In fact, we should take into account that tourism implies a multi-sectoring set of activities with no clear limits or tangible products. However, the combination of those activities is a key area for the production of goods and services and it ranges broadly, depending on every country. In this regard, Costa Rica covers all the necessary conditions to become an attractive destination for any kind of tourist.

To conclude, in this issue we listed some facts –for sure there are many more– that, we hope, will help you make the decision of travelling and having a great life experience in a SMALL GREAT COUNTRY such as COSTA RICA!

For more information on visiting Costa Rica Contact US!