Corporations will soon be expected to meet this new taxation requirement

In the world there is a COVID-19 Pandemic, which since last year 2019 has infected more than...
Read more

In this world, where everyone has access to the internet, it becomes...
Read more

The cost of the driver's license will increase to ¢ 19 thousand, as contemplated in the agreement...
Read more
Carina Ebert

For almost all foreigners living in Costa Rica, life here feels much safer once your lawyer creates a corporation to better protect your assets. Whether that be your car, your property, or even your cell phone. Foreigners were told that this is the best protection for their assets as most corporations are registered in the S.A. (sociedad anonimo) category.  But then Costa Rica passed a law whereby all corporations, active or inactive, would be subject to a yearly corporation tax. The tax for an active corporation was $400, and $200 for an inactive corporation.

Why the Corporation is being revived 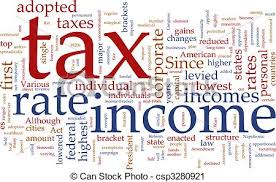 That taxation law was subsequently challenged in the courts, and the Constitutional Court did, in fact, deem that the taxation law was not constitutional in a number of its provisions.  That decision by the Courts was not retroactive though. So if you had already paid your corporate tax, there was no means of reimbursement. Even though the Courts disallowed the law, if you needed to submit corporate documents to the National Registry or any other necessary legal paperwork, you had to pay any and all outstanding taxation due. The Court’s decision nullified the law from going forward, but it didn’t eradicate the requirement of paying any outstanding or past due taxes.

The Courts determined that the corporation tax would not be due until 2016. This was really only a breathing period while the government addressed those constitutional errors found in that law. The government has now done so, and the revised Law for the Creation of a Corporation Tax has been resubmitted before the legislature for approval. In fact, this particular law has been put on the ‘fast track’ for approval.

Best to be forewarned that your corporation 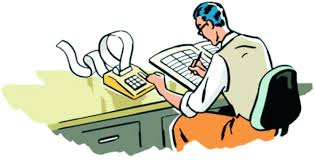 will soon be expected to meet this new taxation requirement. Here is a simple chart so you can determine what you might expect to pay once the law has been approved.

The Costs of Corporation Tax

But that base salary will change each year, so expect that the tax amount owing will change as well. Once the law has been approved, the corporation tax will be due on the 1st of January for that coming year.

If you are not willing to pay

For those who choose not to or unable to make this payment, you can then expect fines and penalties to be added to the tax amount. This outstanding balance, tax + fines, will be considered a lien against any property owned by the corporation. Any documentation needed for that corporation from the National Registry will not be provided until the debt has been paid. If the taxes are not paid for 3 years, then the National Registry will have the legal approval to abolish the corporation all together. Fortunately there will be a 3-month grace period so that any corporation with taxation owing may get their payments up to date.  The government will also forgo the penalties and interest owing.

So if you have any corporations that have been in arrears or delinquent in their corporation taxes, you will have a short time to address these.

In the world there is a COVID-19 Pandemic, which since last year 2019 has infected more than...
Read more
Science & Technology

In this world, where everyone has access to the internet, it becomes easier for everyone to reach...
Read more
News

The cost of the driver's license will increase to ¢ 19 thousand, as contemplated in the agreement signed between the Ministry of...
Read more
Environment

The possibility of reopening public parks is viewed with caution in Pococí, Monteverde, and Talamanca, given the...
Read more
Environment

Environmental Risks Behind Costa Rica’s Indebtedness with the IMF

In the world there is a COVID-19 Pandemic, which since last year 2019 has infected more than 20 million people. All areas...
Read more

The cost of the driver's license will increase to ¢ 19 thousand, as contemplated in the agreement signed between the Ministry of...
Read more

On September 1st, the governments of Costa Rica and El Salvador signed a memorandum of understanding for the implementation of sea shipping short route, also known as ferry line, this is considered a bilateral and regional strategic project
Read more

"I want to tell all children with cancer not to worry, that all this will pass and that you have a purpose."...
Read more
- Advertisement -