With less than two weeks remaining in our visit here in the United States, my husband Layne and I are looking forward to our return to Costa Rica and the tranquilo life we enjoy there — the temperate weather (even during the rainy season), friendly Ticos, sociable Gringos and the easy-going slower pace of life.

In our travels from Texas to Oregon to California and now back to Texas in recent weeks, we have noted distinct differences in the North American way of life compared to life in Costa Rica, particularly in the area of government regulation. For many of our Gringo friends in Costa Rica, the freedom from administrative rules that Ticos enjoy is a large part of why they relocated to the land of Pura Vida in the first place. Many of them feel strongly that the United States has gone overboard in trying to protect its citizens from themselves instead of encouraging people to take responsibility for their own actions.

That argument can be made with some decree of accuracy. For instance, in the Portland, Oregon, neighborhood where my sister-in-law lives, residents are not allowed to hang their laundry outside on a clothesline. Such a policy requires the use of a clothes dryer, costing electricity or other fuel and resulting in less fresh-smelling clothes, in my opinion. In Costa Rica, of course, colorful lines of clothing are ubiquitous in most areas of the country, strung on lines or draped over fences or even laid out on the grass. In another example, the delightful sight and sounds of chickens and roosters running freely through Tico barrios are not to be found in most cities in the U.S. Only in some lower income or rural areas can you find hens enjoying the outdoor life, scratching about and offering up their free-range eggs for a local market. The upshot of these exclusionary policies in the U.S. is that chickens are raised in cruel conditions in factory farms far from cities, which then requires the use of fuel to truck those no-longer-fresh eggs to grocery stores in town.

In another case of regulatory excess, the local farmers’ market near my mom’s house no longer allows the sale of homemade goods such as jellies and jams, pickles or baked goods, a rule that has greatly reduced the number of vendors. Layne and I saw the same overly cautious regulation barring home-cooked foods essentially close down one of the local farmers’ markets near our home in Northern California. In contrast, freshly cooked pupusas, tortillas, tamales, chicharrones and other favorite Tico dishes are always available at the weekly feria. So far as I know, no one has gotten sick from eating a dish from the local outdoor market. From my own personal experience, the sickest I ever got was after eating fish at a very upscale restaurant in Marin County, California. So, which is safer?

One of the charming practices Layne and I have come to appreciate in Costa Rica is how welcome cats and dogs seem to be in many open-air restaurants. Stray animals come wandering through, pausing perhaps for a pet from a stranger while hoping for a morsel of food that may have been dropped on the floor. No one seems to mind. In the U.S., of course, animals are forbidden entry based, one assumes, on some imagined disease they might carry or perhaps in fear that a patron will complain or even file a dreaded lawsuit in this litigious nation.

Another example of Tico tolerance is with smokers in restaurants. Not many people do smoke in eateries but in those cases where Layne and I have noticed a heavy smoker lighting up, no one seems to complain. The worst we ever experienced was in a downstairs nightclub with poor ventilation in San Rafael de Heredia. One gentleman near the stage chain-smoked with no interference from management or other patrons but definitely affected our enjoyment of the evening. In the U.S., of course, the well-established health dangers of second-hand smoke have inspired rules that greatly limit where people can light up, most restaurants having at least a non-smoking area if not a full prohibition on smoking indoors. It’s great to say that Costa Rica has now placed a ban on public smoking.

Certainly, the Occupational Safety and Health Administration (OSHA) would have a field day in Costa Rica. We have observed spray-painting with no protective gear, pesticide use without even a facemask and electric wires strung openly across branches and along sidewalks during festivals in the central park. And of course, there are all those dangerous machetes being used for everything from trimming grass along sidewalks to chopping down sugarcane and yucca.

While it’s true that the lack of regulation in Costa Rica gives residents and expats a sense of freedom from government oversight, all is not perfect in paradise. Laws may be on the books in some cases, such as traffic rules, but enforcement is spotty. Speeding and reckless Tico drivers, as has been mentioned here before, are frequently a hazard both to other drivers as well as to pedestrians. Autos and trucks stream pollution down the road behind them, despite muffler laws.

Littering of streets and highways and careless pollution of rivers and streams, leading to dead zones in the ocean, are a major problem. The unregulated use of pesticides and chemical fertilizers can be seen in gray streams of runoff from agriculture into waterways. Building codes and zoning laws are minimal and even when they are in place, they are often poorly enforced, due to bribery of local officials and lack of oversight by the central government. Costa Rican courts are notorious for lax punishment of crime even in eyewitness cases, particularly of youthful offenders. In animal care, the profusion of stray dogs and cats is a direct result of the lack of education and incentives for neutering pets. Indeed, the treatment of many animals is painful to see, with dogs chained up and horses sometimes underfed. Although to its credit, Costa Rica has set aside some 27% of its land in protected national parks and preserves, lax regulation of tourism has put enormous pressure on the country’s natural resources, exotic animal and plant life as well as the basic infrastructure. 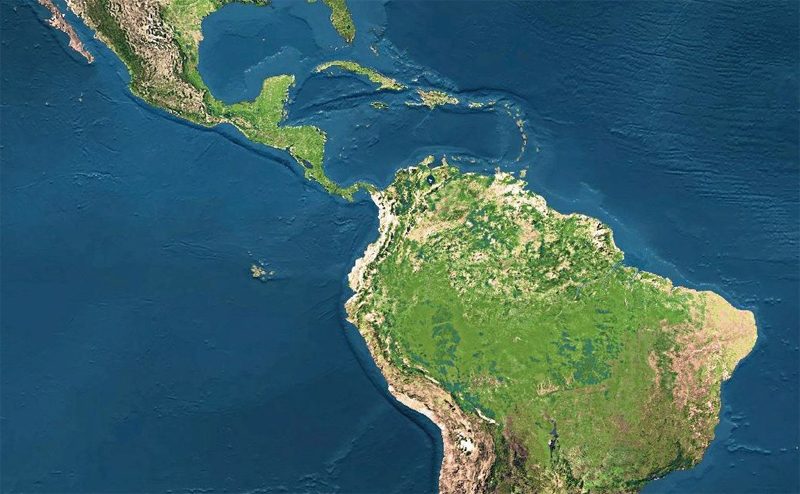 If, as Janis Joplin sang, “Freedom’s just another word for nothing left to lose,” then perhaps Costa Rica need not worry. But it seems to me that it’s really just the opposite: Costa Rica, a jewel of Central America, has a lot to lose.

It is all very complicated, with many pros and cons as to when regulation is a good thing and when it is not. Perhaps freedom from onerous regulations means an increased level of personal responsibility. If so, then it is incumbent upon Ticos as well as retirees and tourists to balance the enjoyment of those liberties with a conscientious effort to be good stewards of each other, the land and animals and respectful visitors to this beautiful country.