Costa Rica signed last week an agreement that will allow it to receive 60 million dollars over the next five years through the Agreement on Payment for Emissions Reductions with the “Cooperative Fund for Carbon in Forests”, administered by the Bank World.

The agreement covers the reduction of carbon dioxide emissions due to deforestation and forest degradation and the increase in carbon stocks. With this non-reimbursable financing, the country receives recognition for the efforts it has made, in this case it involves the capture of 12 million tons of carbon dioxide.

“This agreement offers new incentives that will help expand participation in rural communities where forests play a fundamental economic role,” said Andrea Meza, Minister of Environment and Energy, and a signatory of said agreement.

The arrival of these resources could help alleviate the battered Costa Rican economy, which, like in other Latin American countries, has been hit hard in recent months by the Coronavirus Pandemic. “We have very limited access to credits, a very complex fiscal space and we are in a very large national discussion,” acknowledged Meza.

For this reason, the official is concerned about how the ‘post-COVID’ construction process will be carried out. “At the country level there are two main lines: an economy that can see nature as a base to generate wealth and that we have to continue to promote so that it is so and another part of the economy that wants to continue based on an economy that pollutes, that continues to be extractivist,” she explained.

For this reason, the Minister advocated “having access to funds under certain conditions that allow us to follow processes at the local level.” This refers to the “Decarbonization Plan” of Costa Rica that aims to make the country carbon neutral by 2050.

Meza knows in detail the pros and cons of said plan from her role as Director of the Office of Climate Change in which she was until last August. For this reason, the Minister of the Environment stressed the government’s commitment “to promote this decarbonization.”

“The country has the possibility of making extractions that are legalized and there are some communities that have more than 100 years living from this,” she explained. “With these we are trying to see how it can be a more orderly, more sustainable model that gives them more value,”.

Within the framework of actions to achieve decarbonization of Costa Rica, “an investment has been made in electric recharging stations” so that “in almost the entire country it will be possible to circulate with electric cars.”

The Minister also pointed out the increase in the electric vehicle fleet and recalled the pilot program for electric buses, supported by German cooperation, which will begin to circulate at the end of this year or at the beginning of next year on the various public transport routes.

“And we are going to continue fighting for the electric train to be implemented: it is a super strategic country project,” said Meza, who also pointed out some of the actions that are being carried out in the field of so-called nature-based solutions.
This is how she highlighted the initiative that is being carried out in the Guanacaste conservation area with “a process of coding the DNA of different plants, generating data with which we can accelerate the process to know our biodiversity and make a lot of innovation in different production processes”.

In addition to all this, another challenge that the Minister of the Environment must face is the ratification of the regional treaty for the defense of environmental activists, the Escazú Agreement, which was precisely conceived in Costa Rica and in which Meza has been heavily involved.

“We have a complex Legislative Assembly where the vote has not been achieved,” she lamented. “There are efforts in this direction but we cannot guarantee that this will happen in the very short term,” recalling that “we do not have a majority in the National Assembly.” 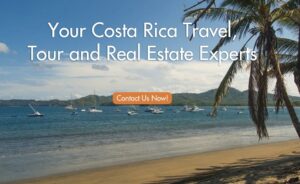