Costa Rica: A Paradise For Retirees From Around The World

For 3 weeks, the contagion rate in the country began to decrease....
Read more

After several months of pause, the cruise ships could return to Costa...
Read more

Much is said about environmental pollution that includes everything that alters our environment, but little is made of reference to the pollution suffered by the waters in our oceans
Read more
Otto Pereda

Every year, more and more people are deciding to retire and enjoy the last stage of their lives in Costa Rica, but have you ever wondered what is special about living in this small Central American country? Retiring in Costa Rica is a more than appropriate choice, at least taking into account that, according to the data offered by the World Health Organization, life expectancy in the country exceeds 80 years. The reasons are many, including a health system that works perfectly, a relatively cheap life, an excellent climate all year round, a safe social environment and, of course, its wonderful landscapes.

Costa Rica is often described as “A Central American gem”, by the editors of InternationalLiving.com, the digital platform of a magazine that evaluates the best destinations to travel, live and retire. International Living gives the best recommendations to achieve unforgettable trips to the most amazing destinations on earth; it provides the keys that are needed to find that perfect place on the planet for everyone and achieve that much-desired life. Each year this page lists the best places to retire in their Annual Global Retirement Index.

First place in the list of the best countries for retirees 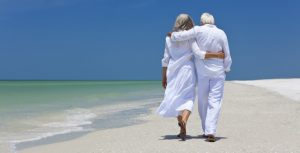 The Annual Global Retirement Index is composed of the 10 countries that lead the top ranking of the most attractive places and with the greatest benefits for people who want a spectacular retirement. This 2018 Costa Rica leads the index as the winning country as a destination for retirees, followed by Mexico, Panama, Ecuador, Malaysia, Colombia, Portugal, Nicaragua, Spain, and Peru. Since its publication, this is the third time that Costa Rica has led the ranking, and it has remained generally among the top 5 countries, last year it ranked 4th. On this occasion, the country highlighted variables such as “healthy lifestyles” (100 out of 100 possible), health system (99 points), entertainment and comforts (97) and respect and tolerance (94).

Many retirees choose to live in the Central Valley of Costa Rica, only a few kilometers from the capital city of San José and its international airport. Places to shop, medical facilities and hospitals are plentiful and only a few minutes away in any direction. Costa Rica is known for its beautiful natural landscape, excellent climate and friendly people. Most of the retirees in Costa Rica come from the United States, Canada, and Europe, which makes this a unique place with many cultures living together in peace in a wonderful little country called Costa Rica. And here you can discover 6 factors that make the country a paradise for retirees:

Peaceful Environment: In the entire Latin American region, it is considered one of the most stable countries. This makes Costa Rica a worry-free environment to live in regard to property and individual rights.

The economy in Growth: According to experts in economics, given the current prosperity in the country, it is expected that its economy does nothing but grow in the coming years.

Naturally Wonderful: Throughout the country, you will see mountains, lakes, beaches, waterfalls, and forests, making this a relaxing and picturesque place to enjoy.

The Expatriate Community: There is a large and growing expatriate community. Costa Rica is a wonderful option for many retirees around the world.

High Quality of Life: As a retiree living in Costa Rica, you will enjoy the quality of life. He is a regular contender in the list of countries with a high ranking in the happiness index.

Medical Care: Different health care plans are offered in Costa Rica while ensuring that these are provided by high-quality institutions. 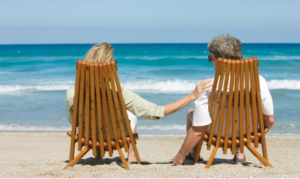 The Ministry of Health, taking into account that the Costa Rican population is increasingly composed of elderly people and that the National Development Plan contains a goal to increase healthy life expectancy, convened in 2016 a group of institutions. The purpose of this call was to define a national strategy and its respective plan of action, based on the Global Strategy: Multi-sectoral action for a healthy aging based on the life course. This action was supported by the Pan American Health Organization / World Health Organization.

As a result of this meeting, said Dr. Karen Mayorga Quirós, Minister of Health, was developed the National Strategy for Healthy Aging, Based on the Life Course 2017-2020, in order to coordinate efforts and actively work in a process of construction to influence the protective factors of aging and health. Costa Rica is moving towards an equitable development for the entire population, which can only be achieved through the articulated work of the different factors that contribute to the enjoyment of the highest level of health.

If you have decided to establish and make the last years of your life the most memorable, Costa Rica is definitely the ideal place to spend your golden age.

For 3 weeks, the contagion rate in the country began to decrease....
Read more
Travel

After several months of pause, the cruise ships could return to Costa Rican ports in a matter...
Read more
Environment

Much is said about environmental pollution that includes everything that alters our environment, but little is made of reference to the pollution suffered by the waters in our oceans
Read more
Science & Technology

A computer incident derived from a regular update of servers causes errors in the resolution of the...
Read more
News

Faced with the threat of a potentially fatal airborne disease and even without the development of a vaccine, how to ensure the safe return of children to class?
Read more
- Advertisement -

For 3 weeks, the contagion rate in the country began to decrease. Despite the long weekend between...
Read more

After several months of pause, the cruise ships could return to Costa Rican ports in a matter...
Read more

Much is said about environmental pollution that includes everything that alters our environment, but little is made of reference to the pollution suffered by the waters in our oceans
Read more

A computer incident derived from a regular update of servers causes errors in the resolution of the...
Read more
- Advertisement -