Again, in the Legislative Assembly of Costa Rica there is a debate about the need to regulate the commercialization of seeds, while agroecological farmers and organized indigenous groups demand their participation in the discussions of this bill.

It is important to note that since 1998, there have been several attempts to pass similar laws, which have been widely rejected by the indigenous communities, who consider it a real threat to their freedom in choosing the form of seed reproduction in order to favor corporate interests.

This new reform includes a controversial clause that raises the police persecution of those who sow, reproduce or sell traditional seeds in small quantities, which is why many have raised their voices against its implementation.

For her part, Fanny Reyes, an indigenous member of the southern zone of the country, said during the International Day of Peasant Struggle: “We are opposing the bill that wants our seeds to be certified, and they (the legislators) have excluded us from the discussion … that is why we in the organization have sorted out alternative spaces to inform ourselves and others, not because the government has taken us into account, but because we from the communities organize ourselves and come together to open our eyes to the reality that is the development model and what it means for us: dispossession of our common goods, of the land, of the seed, taking away the water or contaminating it. ”

For the Costa Rican rural communities, the exchange of seeds have been an ancestral practice that has allowed them not only to enrich the variety of their crops, but also the preservation of ancestral seeds through their reproduction and protection, according to those affected.

This is how seeds of Beans, Sweet Chili, Rice, Corn, Pujagua, Ayote, among others, have passed from generation to generation and have been reproduced in different areas of the country, without detracting from their quality and reinforcing the ancestral tradition in the production of native seeds.

According to Aida Alvarado, a member of the network of rural women in Costa Rica, seeds exchanged freely are not a threat, since “that way we ensure what we eat, ensuring our healthy Creole seed is a way of resisting because if they patent our seed they will be denying us the right to eat healthy and nutritious. ”

Since the year 1978, when the seed law was approved in Costa Rica, the issue of production, reproduction and sale in small quantities was respected, so that the seed of industrial use was differentiated from those that are of traditional and collective use.

Faced with this reality, farmers and indigenous people dedicated to agriculture could generate spaces of exchange that allowed them to share both seeds and experiences for their cultivation and reproduction. 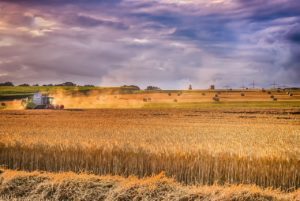 In the present, due to the need to increase agricultural yield because of the constant demographic increase, the governments of Latin America have chosen to provide farmers with materials for planting good quality farm products, with scientific standards that ensure the increase of productivity.

In this sense, Costa Rica does not escape this demographic growth, therefore in this bill there is talk of promoting food security and environmentally sustainable production, which according to the agroecologist Silvia Rodríguez contradicts the obligation of registering the seeds, eliminating not only their sustainability, “but also the genetic variability in our countries”

With this argument, small Costa Rican farmers try to avoid the demonization of the exchange of non-certified seeds, as Fanny Reyes says, “… the exchange of seeds represents that they are free and we can exchange them or sell them, or give them away.”

Another important argument is the percentage of plantable land in the hands of small farmers, who in reduced areas are able to produce large quantities with traditional methods and their own seeds.

A recent study by the United Nations on small farms and agro-ecology, concluded that “global food production in rural areas could double in a decade if correct policies related to peasant and traditional agriculture are implemented”

Certify or not certify?

From a legislative point of view, certification is necessary to guarantee the quality of the seed that will be sown to achieve levels of national production that guarantee food for all. However, the agro-productive minority sectors of the Central American countries distrust this reform, because they have not been taken into account for its discussion.

In their argument, both farmers, indigenous and environmental organizations, as a network of coordination in biodiversity, propose the differentiation between the industrial seeds of the Creoles, so as not to interrupt the exchange between farmers who develop single crops, conucos or small-scale crops of production. 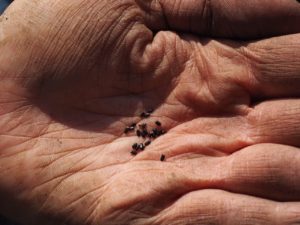 These groups claim that a seed certification would not only decimate their production, but would also lose “the original seeds that have been in the communities for thousands of years and that is so because we have been reproducing them,” they say.

However, this bill revives donations, so this group of farmers are not completely set apart. For them it is important that they be taken into account not only to respect their interests, but also to know the scope they can have in regard to this type of donation.

Many are the details that are unknown, so the affected sectors demand their participation in the discussions of this law. Aspects such as the measures that will be taken at the judicial level regarding the exchange and reproduction of seeds at small scales, should be of general knowledge, to safeguard areas that depend clearly on agriculture and that can decimate their production negatively affecting  the food security of a country`s general population.