Canada registers, until last Friday, 77 confirmed cases of the so-called monkeypox, almost all detected in Quebec, where the authorities consider that the situation is “worrying”. The North American nation had confirmed its first 2 cases on May 20 in that French-speaking province.

A situation considered “concering”, explained Dr. Howard Njoo, deputy chief administrator of the Canadian federal public health agency, during a press conference. Authorities fear in particular that “those cases will run in families and affect pregnant women or young children”, he added. Njoo also clarified that this spread is “not (limited) to any particular group or setting” and therefore can affect “anyone, regardless of gender identity or sexual orientation“. 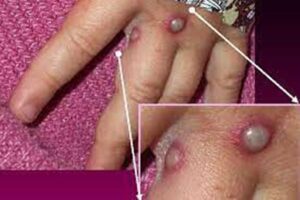 In that sense, smallpox vaccines were delivered to the province. They can be effective in protecting against contact cases because there is no specific cure for monkeypox, which usually clears up on its own.

Monkeypox is primarily a mild disease, but its spread outside endemic areas, such as West Africa, remains a concern. Since the current peak of cases began almost a month ago, 550 cases have been reported to the World Health Organization (WHO) in 30 countries, mainly European, where the disease is not endemic and is detected very rarely.

This infectious disease is characterized by the appearance of rashes, which can be painful, especially if they are in sensitive areas such as the genitals.

Hydroponic Cannabis Cultivation Should be an Opportunity, Not a Crime, According to Ticos

Fine Chocolate from Costa Rica is Exported to Sophisticated Markets Such as The United States, England and Switzerland

Scientists Decipher the Genome of the Immortal Jellyfish, which Is Capable of Reversing Its Life Cycle