Costa Rica, Guatemala, Panama, and the US Classified to the 2021 Indoor Soccer World Cup

Costa Rica, The United States, Panama, and Guatemala won the pass to the 2021 Indoor Soccer World Cup in...
Read more

In order to offer the best English certifications to the Costa Rican population, the University of Costa Rica (UCR)...
Read more

The impressive landscapes of this Central American country have been the perfect setting for various Hollywood productions
Read more
TCRN STAFFhttps://www.TheCostaRicaNews.com
Creating a Conscious alternative news network that we feel the world needs. Pura Vida! 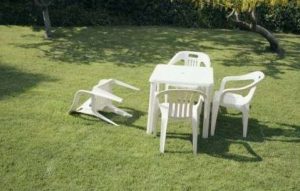 The Costa Rica News (TCRN) – Although most have been mild, about 27 earthquakes were recorded in the first six days of 2014.

“There have been similar amounts of earthquakes in the early days of the year. This does not mean it will be a year of more seismic activitiy; it is normal for a country like ours,” said Wilfredo Rojas of the Earthquake Engineering Laboratory of the University of Costa Rica (UCR)

Rojas explained that many of the tremors were recorded are of small magnitude, so they are only collected on seismographs.

On the first of the year, the night of January 1 at 9:35 pm there was a quake with a magnitude of 3.3 on the Richter scale. It occurred 13 kilometers (km) west of San Vito de Coto Brus and was 61.3 km deep, according to the National Seismological Network of the UCR (RSN-UCR).

On January 2, three earthquakes were recorded, while on January 3 there were five tremors.

Rojas, the Central Pacific and South Pacific are the places where the greatest number of earthquakes have been recorded in Costa Rica.

Costa Rica, Guatemala, Panama, and the US Classified to the 2021 Indoor Soccer World Cup

As of May 10th, artistic and cultural activities in Costa Ricawill be included in the list of exceptions to the vehicle circulation restriction.
Read more

Ávoris Sets Costa Rica as the Star Destination for this Summer

The Hydrogen Alliance, a group of public and private companies from different sectors, was formed in 2019 to contribute to Costa Rica´s goal
Read more
- Advertisement -