A Non-Traditional Approach to an Old Problem

The Costa Rican Tourism Institute (ICT) reported this Saturday that after a renewal of tourism products and...
Read more

The lawyer Mario Cerdas Salazar, defender of marijuana for recreational purposes, will face a trial as of October 26th for apparent cultivation and supply of the drug
Read more

We have very good news for all nature lovers, this past weekend the Ostional Association of Local Guides (AGLO) reported that today one more massive turtle arrival is starting
Read more
TCRN STAFFhttps://www.TheCostaRicaNews.com
Creating a Conscious alternative news network that we feel the world needs. Pura Vida! 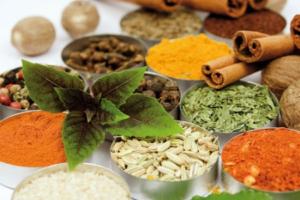 I have always relied on the medical profession as the answer to physical problems.  However, I recently had an unusual experience and as a result, my mind was opened to new, non-traditional ideas.

I had constant pain in the ball of my right foot and, after several months, went for help from my primary care physician.  He looked up the symptoms and offered two solutions:

Take off weight
Stay off my feet

I looked at him sarcastically, and asked for the third solution.  He laughed and gave me a referral for a podiatrist and x-rays.  My concern of a broken bone was ruled out.

The podiatrist asked a number of questions, read my x-rays, diagnosed my problem as bursitis and sent me on my way with a prescription for anti-inflammatory pills.  I felt encouraged because I had a name for my problem, took the pills faithfully, but unfortunately, nothing changed.

I returned, hopng for a miracle cure.  He gave me a series of incredibly painful, cortisone shots, between my toes.  My foot loosened up briefly after each shot, but the pain always returned.

I had to buy a pair of larger, structured boots for support and added extra cushioning for the ball of my foot.  I walked to work in ten minutes, but my foot was throbbing.  Each night, I put on smelly, analgesic pain relief creams to loosen the muscles, which helped for a short time, but the constant ache always returned.

Then, I went to Cancun for a week and my foot was loose and comfortable!

I was climbing pyramids, hiking in the jungle and exploring ruins, but my foot was fine.  I thought it was because of the 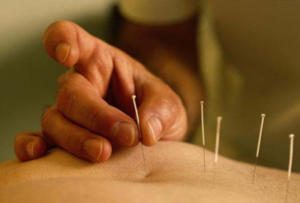 change in lifestyle and realized I would have to change careers to become a beach bum or do housekeeping in a hotel…..  I later realized I had not been walking on cement so my foot was more relaxed.  I flew back to NYC and the pain immediately returned.

I received the orthotics the doctor prescribed (and my insurance did not cover) and while they structured my foot position to offer some comfort, they did not offer much relief.  I had done all that the traditional medical people were able to suggest.  The only other direction was surgery, which did not seem to be a reasonable option.

A few months later, I ran in Rhoma, an accomplished artist, vegetarian, computer graphics person and friend, who told me about studying to become a practitioner of Bach Flower Remedies and her upcoming course work in Woodstock, NY.  I told her of my frustrations with my foot and said I would call for a consultation when she completed the program.

Two days later, Rhoma called to tell me to buy  Rescue Remedy cream and Essence of Vine at The Vitamin Shoppe (at 20% off).  Three of us walked over during lunch laughing about the idea of drinking vine.  The total came to $15.  That night I started my treatment:  four drops of Essence of Vine on my tongue, four times a day, and Rescue Remedy cream on my foot, four times a day.

Four days later, I realized there was no pain in my foot.  It was an incredible feeling of freedom.  I left a message on Rhoma’s machine (she was still studying in Woodstock) saying I knew she had passed her studies as my foot was healed and she was a brilliant diagnostician.  She was shocked at how rapidly I had seen results.  I cautiously continued the treatment for two weeks, but the pain never returned.

It has been over a year, and I now have a much more open view of alternative methods of treating problems.  These remedies were developed in Great Britain by Dr. Edward Bach, a physician, homeopath and bacteriologist in the 1930’s.  His belief was that once a person’s emotional balance was corrected, the body’s natural ability to fight off illness would then be strengthened.  Rhoma’s role as a practitioner was to determine what issues were showing themselves and which combination of remedies could offer relief.  She believed that I was doing too much and was ‘stepping into things’ and therefore, I had a problem with my foot.

I recommended Rhoma to others who had unresolved problems and they found relief and sent people they knew.  All of us found assistance in a direction we never knew existed.  It is encouraging to know there are other alternatives when traditional methods are unable to solve a problem.

The Costa Rican Tourism Institute (ICT) reported this Saturday that after a renewal of tourism products and...
Read more
News

The lawyer Mario Cerdas Salazar, defender of marijuana for recreational purposes, will face a trial as of October 26th for apparent cultivation and supply of the drug
Read more
Environment

We have very good news for all nature lovers, this past weekend the Ostional Association of Local Guides (AGLO) reported that today one more massive turtle arrival is starting
Read more
News

PayPal Will Allow Transactions in Cryptocurrencies as of 2021

As of next year, PayPal will begin managing transactions in cryptocurrency. Its customers will have the possibility of...
Read more
Science & Technology

Since the discovery of the first exoplanets in the early 1990s more than 4,000 have been confirmed. Bryan Villareal Alvarado is completing...
Read more
- Advertisement -

Fever is the body heating of the human being due to agents that cause infection and the...
Read more

Women: What to do on those days of the month?

It shows up punctually every month. These typical discomforts of menstruation that affect to a greater or...
Read more

Even on Horseback, they Deliver Medicines in Upala, Costa Rica!

The pharmacy technicians of the Upala Health and Hospital Service, who are dedicated to delivering medicines to patients in the community resort...
Read more

Many times we feel a constant pressure to which we submit ourselves either in the workplace or...
Read more
- Advertisement -