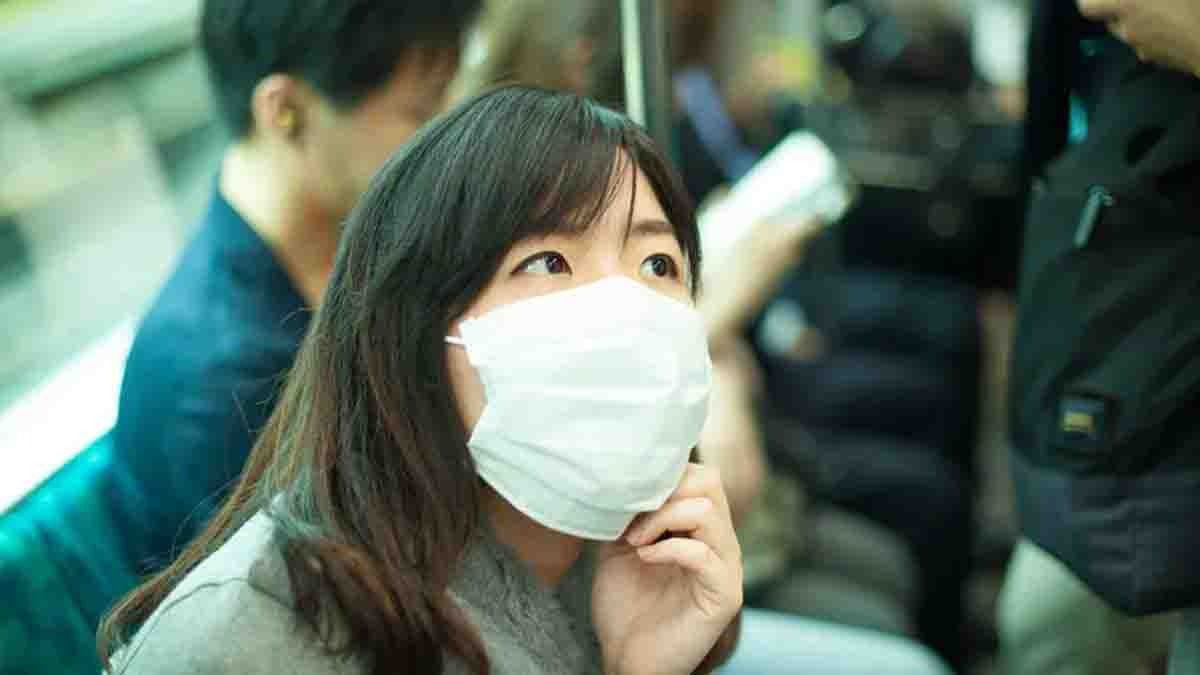 The COVID-19 Pandemic, which has infected more than 13 million people and caused nearly 550,000 deaths around the world, has changed us in many forms: the way we relate to others, how we use spaces, the way we travel, the way we dress. And one of those new clothes items that are now part of the everyday landscape are the masks.

At first the World Health Organization (WHO) recommended masks only for medical use. But as the Virus spread throughout the world, its use became common as a protection measure against COVID-19.

Even though people from different latitudes have been adjusting to this new garment, Japan has been wearing masks as an element of their daily life for decades -even centuries-. “When someone is sick, out of respect, uses the mask to avoid infecting others,” informs Mitsutoshi Horii, professor of sociology at the University of Shumei in Japan. “But it is not the only reason why the Japanese have such a habit. It is not only a disinterested collective practice, but a self-protective ritual against risks”, he adds.

Several analysts point out that the widespread use of the mask, which has been seen in Japanese society for decades, is one of the reasons for the low rate of infections and deaths from COVID-19 (until this July 15th, the country counted for more than 22,000 cases and 984 deaths). It is the lowest rate among the seven countries considered to be the largest economies on the planet (USA, China, Germany, France, United Kingdom and Canada).

But when did that habit arise within Japanese culture?

There are records that show that during the Edo period (1603-1868) people covered their faces with a piece of paper or with a branch of sakaki, a plant considered sacred in some regions of the country, to prevent their “dirty breath” from coming out.

“There are some references to this type of practice in history books, but the truth is that they were not widespread as they are now,” explains Profesor Horii. “Back then, although there was a concept of cleanliness, there was not as much awareness of the effects that viruses and microbes had on our health as now,” said the sociologist.

The truth is that, according to Horii, there is a clear moment in history when masks are fully incorporated into the habits of the Japanese, and that moment is the Pandemic of the so-called Spanish flu of the early twentieth century. In Japan, this Pandemic caused about 23 million infections and 390,000 deaths, in a country that at that time had 57 million inhabitants.

“Back then he Japanese government combined a strategy of vaccination, quarantine, and the use of surgical masks or face masks to stop that Pandemic, which ultimately helped control the crisis, the fact is that people assumed it as part of their folklore, pointing out that the masks were also a barrier between clean air and pollution.” Horii says.

However, the use of this protection during the Spanish flu Pandemic was a widespread practice around the world. But then, why did only the Japanese (and some other Asian societies to a lesser extent) continue to wear masks as part of their culture?

For Georgetown University professor of Japanese history George Sand, there are several factors that influence the country’s adoption of this protective garment as part of its day-to-day life.

“There is a false belief that the Japanese adopted this measure because their governments are authoritarian and it is a blind obedience to government regulations, but it is not, they did it because they trusted science. The use of masks was a scientific recommendation, seen by the Japanese at the time, in a country that was in a process of industrialization, such as adaptation to the modern world, as a technological advance”, Sand says.

After that Pandemic, both Horii and Sand point out, what happened was a phenomenon of “doing what others started doing” and that helped popularize the mask. “In the new millennium, face masks in Japan became ubiquitous, not so much because of state directives or cosmopolitan aspirations, but because of what is known in psychology as a ‘coping strategy,’ in addition to an aesthetic choice,” says Sand.

The coping strategy, according to the theory, encompasses the external and internal resources that a person uses to adapt to a stressful environment. One of the biggest tests of the mouth-covering-in-public habit in Japanese culture was the Severe Acute Respiratory Syndrome (SARS) Epidemic, which struck Southeast Asia in 2003. “While in the rest of the region the Virus strongly affected its inhabitants, in Japan there were no victims,” says Horii.

In China, SARS caused more than 5,000 infections and nearly 350 deaths. In Japan there were only two infections and no fatal cases. “And that not only proved that the scientists were right about the use of face masks to avoid contagion, but also strengthened its use much more,” notes the academic.

Horii adds that the emergency that the country experienced in 2011, after a tsunami that destroyed the Fukushima nuclear power plant, also helped to install even more the need to protect itself against what the environment brought.

With the appearance of the Coronavirus, Japan established the strategy to fight the Virus in a different way: it did not make prolonged confinements. “It is a cultural issue. They adopted the use of masks for many reasons: to protect others and themselves, to preserve their privacy, or simply because they thought the masks looked good, but never because of a government imposition”, concludes Sand.

“And that, when facing the gravity that we are experiencing with the Pandemic, it is clear what is making the difference between the hundreds of thousands of deaths in the US to those of Japan, which do not reach 1,000,” he adds.