Now that reality is starting to sink in after the results of the recent American election, many people are feeling strong emotions of grief.  But this is not about losing or winning an election, and this is not about sour grapes.  This is much more about how we have been shown the very different worldviews as evidenced by the ideals and campaigns of the two very different candidates. 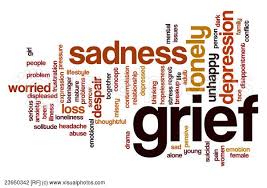 Clinton and her supporters have faith in an America comfortable with diversity.  A country where your sexual orientation, skin color, gender, or religion are not about moral defects or liabilities.  Clinton’s campaign was all about connection, inter-dependency, and inclusion. It was about reaching higher, about breaking glass ceilings and building bridges that include everyone.

While Trump and his supporters have clearly demonstrated that they want a very different America, and their votes confirmed that.  One that is primarily Christian, straight, and white.  His campaign was focused on generating fear, and supporting isolation and exclusion.  The grief we feel is about their vision for the future, and of what they want for the country. 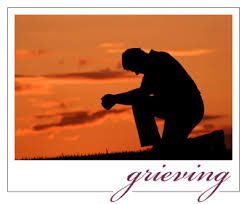 Stop for a moment and consider what the Trump supporters are now endorsing – anti-women, anti-Muslims, anti-color, anti-LGBTQ, and any forms of bullying are now acceptable.  The grief so many feel is not the political defeat, but the defeat for humanism.  The grief so many feel is the clear evidence that the United States is now a country that will be less kind, less available to an enormous portion of its own population, and over-all, it will be less safe.  Social media is already posting examples of this with the attacks on blacks and Muslims in their own neighborhoods because Trump supporters feel they have a legitimate right to do so.

Trump’s campaign promises repeated this over and over – those who feel vulnerable will now be left out, those voices have been silenced will not be safe to speak out, those who feel less than and marginalized will be pushed out into the dark, those who because of their color or religion are now considered inferior.  And the votes by the Trump supporters confirmed this. 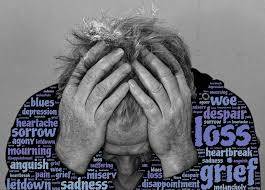 This campaign was not about politics, who was a better candidate, whose ideals are better than the other, or not even about the differences between a blue or red state.  This campaign has shone a light on the hostilities and rampant racism against minorities, the disregard and crassness directed at women, and the ‘in your face’ ugliness of their politics and upcoming policies.  And now this intolerance, hatred, bigotry, and fear have been sanctified by their friends, families, and neighbors.  That is why grief is one of the strongest emotions right now.  This is a deep loss for all of us around the world – a loss of faith in the United States we thought we knew.

We all grieve as we have been so clearly shown the difference in how Trump and his supporters view the worth and value of all people, dependent upon their race, religion, color, sex, or sexual orientation.  We also grieve about the future that might have been, and the tomorrow we will not see for who knows how long.  As a country United States had the chance to appreciate the beauty of their diversity, to support ideals over sound-bytes, to be the standard bearer of decency and goodness that we had previously thought epitomized the United States.  We grieve now that we have learned how many Americans do not, will not, and have a completely different vision of the future they want for their country. 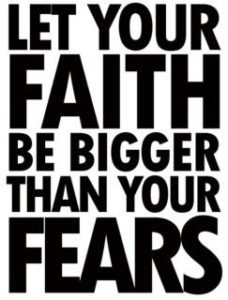 If you are feeling any of these emotions of grief, know that you are not alone.  Loss and grief come in many forms, and the feelings you may be experiencing are real.  Here are some ways that you can help yourselves while you process what has just happened, and the feelings this has stirred so deeply.

None of us lives on an island.  You are only as alone and overcome with grief as you choose.  One of the most powerful ways to help yourself right now is to help someone else.   In every seemingly impossible situation, there is always an opportunity to make a difference.