Stephen Hawking recently said that we should avoid contact with extraterrestrials, because they “might exist in massive ships, having used up all the resources from their home planet.” Now he says “science makes God unnecessary.” Hawking is proof that brains and intelligence don’t necessarily go together. 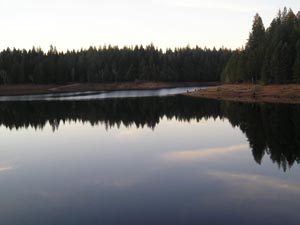 Isn’t it interesting that just when science seems to have vanquished the antediluvian superstitions of religion, one of its chief spokesmen feels it necessary announce the death of God from Mt. Olympus (or is it Mt. Ararat?).

Rhetorical questions aside, how do we begin to resolve the conflict between science and religion? That depends on what we mean by religion, and science.

Writing in the mid-1970’s, religious studies scholar Huston Smith questioned why “the success science realizes in its own domain throws into question the reality of the domains its devices cannot touch.”

As Smith rightly pointed out, “strictly speaking, a scientific world view is impossible. It is a contradiction in terms [because] science does not treat of the world; it treats of a part of it only.”

Genuine religiosity, or, if you prefer, spirituality, is concerned with the whole of the world, and the universe. It has a completely different focus than science.

Of course if we mean by religion the established precepts and doctrines of entrenched faiths, then there is no way that these two fundamental human endeavors can be reconciled. The sciences are not only inherently different enterprises than religions, they must eat away at religions’ very foundations, until the edifices collapse into a heap of doubt and, for many, despair.

But if by religion we mean an openness to mystery beyond the mind of man; a questioning that leads to insight; and a quieting of the mind that allows the energy of the infinite to infuse the brain, then the two movements can not only be reconciled, but can be complementary.

“It is not necessary to invoke God to light the blue touch paper and set the universe going,” Stephen Hawking says. True, but he’s talking about a Creator, not God. Conflating the two is a classic category mistake—putting God into a category that the actuality does not belong.

The category is that of Creator, a projection of human capabilities on a cosmic scale. Humans, cognitively standing apart from nature, construct things, so people have assumed that there must be a God that stood apart from the universe and constructed everything.

Thus, Hawking sets up the old straw man—the idea of an infinitely powerful separate agent that, at minimum, set the whole shebang in motion with the Big Bang. Hawking is being either disingenuously simplistic, or intellectually juvenile. Either way, his pronouncement from on high that “science makes God unnecessary” does nothing for either science or spirituality.

Of course, if one is going to dismiss Hawking’s conception of God-as-Creator as a straw man, it’s incumbent on one to propose another conception.

The problem with attempting to do so is that the experiencing of sacredness within and beyond the universe is only possible when all words, memories, associations, and knowledge have completely ceased operating.

But since that can be a dodge, is it possible to point in a new direction on this question of God, one that isn’t definitional, much less delusional? Perhaps.

The question is not, is there a God, but is there God? Negating, through evidence and logic, everything that God is not; and then negating, through undivided observation, one’s knowledge, beliefs, and thought itself, one comes upon something at once utterly indifferent and immeasurably loving.

That nameless essence is completely formless and content-less, yet palpably real and pervasive. Though it can’t be reached by scientific means, it’s the essence that humans have sought since time immemorial, though few human beings have directly experienced it in a sustained or regular way.

Indeed, awareness of God seems as far beyond the consciousness of ‘man’ as human consciousness is beyond the busy doings of an ant colony. Igniting a meditative state on a regular basis puts one beyond not only the world and society, but also the attachments of family and friends. No wonder so few put its realization first.

But without regularly tasting a drop of that indescribable nectar that pours forth from and through the universe, life becomes what it has become for so many—“a tale told by an idiot, full of sound and fury, signifying nothing.”

Can that quintessence, which manifests in the human being as insight, flow into the vast futility and barrenness of man’s consciousness, though modern science and technology have strip-mined the richness of our numberless ancestors?

Can insight and intelligence flow into the fissures of this world, neither to heal nor to rent, but to simply be, and begin anew?

Hybrid working has helped improve employee well-being, work-life balance, and performance around the world, according to a new global...
Health