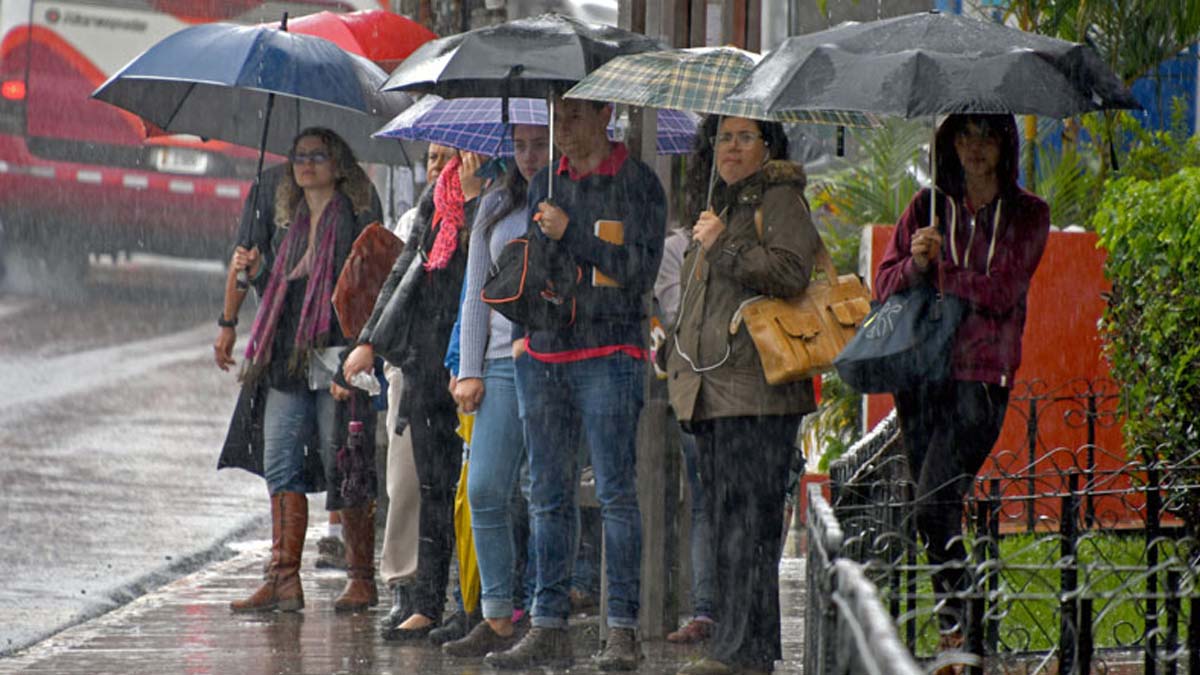 Both seasonal influenza virus and the SARS-CoV-2 generate uncertainty due to their coexistence in the coming months. With the arrival of the rainy season, respiratory viruses appear, causing colds. Now SARS-CoV-2 is added, which specialists striving to decipher the outcome.

With the month of May came the first rains and with them the first colds usually appear. This equivalence is common in Costa Rica and the world. However, due to the COVID-19 Pandemic, concerns arise about the behavior of seasonal viruses and the new Coronavirus.

The Influenza virus is the main cause of the Flu that circulates in the second half of the year. Therefore, paying attention that a sore throat or cough does not turn into Pneumonia is a priority. But, to tell the truth, more than being attentive, it is more effective to be vaccinated.

That is the reason why each year the Costa Rican Ministry of Health (MS) develops campaigns so that the population approaches the health centers to be vaccinated against Influenza, a virus that causes the death of between 290,000 and 650,000 people annually, according to estimates of the World Health Organization (WHO).

Mortality from respiratory viruses in the Costa Rican territory is quite variable. Specifically, due to influenza-like microorganisms, in 2017 there were 42 deaths; in 2018, three and in 2019, about 15. Also for 2019, Health authorities counted 26,307 people infected with Influenza. This data shows that the Influenza Virus is prevalent among Costa Ricans. And, in the rainy season, there is a considerable increase in cases, from the months of June and July.

Why does this happen? The Viruses And The Rain One of the reasons why there is greater circulation of respiratory viruses during the rainy season is because, given the constant rainfall, people are more crowded in their houses or work places. “People usually stay in more closed spaces, where contact with others will facilitate the transmission of a virus from one person to another,” said Dr. David Loría Masís, virologist and researcher at the Faculty of Microbiology at the University of Costa Rica (UCR).

Also, there is an even more determining factor that is humidity decrease. When there is less absolute humidity (the amount of water vapor contained in the air), the saliva particles (by sneezing or coughing), which carry viruses, stay in the air longer, because they are lighter.

This dynamic also occurs in closed environments. “When there is air conditioning in a room, we lower the temperature and the humidity is constantly removed. On the other hand, in environments with high temperatures, there is more water vapor in the atmosphere, so that the virus particles absorb the water and fall quickly to the ground,”said the specialist.

In previous years, respiratory viruses have reached a million infected people in our country. Of that number, Influenza and respiratory Syncytial Virus (RSV) are two of the most common types. Now, in 2020, SARS-CoV-2 (causing the disease COVID-19) is added, which specialists are still trying to decipher.

Adaptation To The Environment

In Costa Rica, there are respiratory viruses year-round, and some circulate in the summer that cause a common cold, including a stuffy nose, sore throat, and sometimes fever or headache. But as the months go by, others arrive and displace the previous ones, this facilitates the ability to distinguish them. And there are more than 150 respiratory viruses.

“Respiratory viruses are jealous of each other. When there is a specific one that is affecting a high percentage of the population, it does not let others “enter”. That is what causes a different dynamics of viruses for years on end,” said Loría.

Influenza encompasses a broad group of viruses, including influenza A and its subtypes H1N1 and H3N2, and Influenza B. These are the most common that circulate in the country. However, such microorganisms change every year, as they adapt better to the antibodies that the Immune system developed in the previous year.

Why Is This Group Of Virus Called “INFLUENZA”

In Italy, the word Influenza has been used since the 16th century, when it was believed that the disease designated by that term was “influenced” by the stars. In medieval times, it was common for people to think that certain discomforts were caused by the stars, especially if they were repeated every year and in the same period.

Now, we know they were not so wrong, as the circulation of these viruses intensifies in the coldest and wettest seasons of the year, conditioned by the movement of the Earth around the Sun.

For this reason, virologist explained, the mortality and morbidity of respiratory viruses in general are so variable, since their genetic mechanisms allow them great adaptability. So a subtype, after years of infecting the population, can come back to re-infect. Since the SARS-CoV-2 virus began to circulate, the question arose about its possible seasonality. However, five months later, it is still not known with certainty how this microorganism will behave with climatic variations.

“SARS-CoV-2 is too new. The northern countries had the first major outbreaks of COVID-19 when they were in winter and now the cases are decreasing. But it is not known if it is due to the containment measures or because the dry season is entering. It can be a mixture of both”, commented Dr. Loría.

“What is clear with SARS-CoV-2 is that, even if it is a seasonal virus, this characteristic is minimized, because people have never had contact with this microorganism before and there is no one who has a previous immune response. “Currently, the entire planet is fertile ground to catch COVID-19, so even if there are environmental factors that favor or disadvantage transmission, the influence of these is minimal,” he said.

What is certain is that both influenza-like viruses and SARS-CoV-2 will be circulating in the country for the coming months, which is why it is valid to ask whether it is possible for a person to get both types of viruses. The answer is yes, because a person can have contact with both COVID-19 and Influenza. However, according to Loría, one of them is the one that “takes control” and the virus that enters afterwards will be in the “background”.

It is clear that physical distancing and hygiene measures will have an effect on all respiratory viruses and, as a consequence, Influenza will have alterations to adapt to the new social behavior. So the vaccine is essential for the public health right now. “Not getting vaccinated against Influenza would lead us to potentially occupy more beds in hospitals, which are currently necessary for possible complications from COVID-19,” said the virologist.

According to the projections of the Center for Research in Pure and Applied Mathematics (Cimpa), of the University of Costa Rica, there are two scenarios for July 21th regarding COVID-19.

In the favorable scenario for that date there would be 200 active cases. Respecting the restriction and opening measures decreed by the Ministry of Health is equivalent to a favorable scenario, in which there is no community transmission.

The use of masks, physical distancing and not letting people speak, shout or sing close to the face are three key factors that Loría points out to avoid the spread of any of the respiratory viruses that circulate in Costa Rica.

It also indicates that nutrition and exercise keeps the body prepared for a better response to an eventual infection. In the unfavorable scenario, the projection of active cases of COVID-19 in Costa Rica as of July 21th, would rise up to 32,371 confirmed active cases.