Unless you are living in a cave with no internet access, it is almost impossible not to know that the Americans are getting ready for their next Presidential election.  National and international news sites provide a wide selection of stories about each candidate, the various scandals and investigations, and the growing fear in the country if the Republican candidate wins.  Or if you are a staunch Republican, the fears of what might happen to the country if the Democratic candidate wins the election.

A common refrain that is increasing in momentum if Trump does win is, “we’re moving to Canada”.  When Trump took the lead in the Republican Party after the Super Tuesday primaries in March, Google searches for “move to Canada” spiked dramatically.  There have even been some very creative and amusing videos posted on YouTube from Canadians inviting Americans to come on over.

A small island on the east coast of Canada has really taken this invitation to a whole new level.  Cape Breton, Nova Scotia is charming, friendly, and very interested in attracting new residents.  They even created a website outlining all the reasons Americans might want to consider moving there after the election.  So far, the site has attracted well over 1 million hits.  Mary Tulle, CEO of Destination Cape Breton, observed that searches on their web site increased by 600%.  Local businesses noticed an increase in bookings in accommodations up between 20 – 200%.  Karen Gillies, Cape Breton Realty, received a lot of inquiries after the website was launched, but admits this hasn’t converted into any noticeable increase in property sales though.  In fact, no more than usual as Cape Breton welcomes American tourists all year-round.

Seems that Cape Breton has actually been experiencing a population decline in recent years, and is very interested in attracting new residents.   One small general store has taken a very novel approach though.  They are offering a job and 2 acres of land to anyone who moves there, and commits to remaining with the store for a period of 5 years.  The owner says he can’t offer ‘big money’ but he does have ‘lots of land’ at his disposal.  So far he has received over 3,500 applicants.

But what is the reality of an actual move to Canada?  Gaining admission to Canada is more difficult that it may seem.  If you are young, well skilled in the professions Canada is accepting, or if you are ultra-wealthy, then leaving the U.S. may be an option to consider.  But if not, residency in Canada is not as easy as it used to be.  Sadly, there are some Americans that Canada doesn’t even want.  Given Canada’s social healthcare system, there are restrictions if you are deemed a potential drain on their system.  Recently a Costa Rican professor was denied residency in Canada because of his son’s Down Syndrome medical condition.

Leaving the U.S. may not be as easy either.  Even if you live overseas, the IRS still expects you to make yearly tax returns.  Even if you don’t earn an income in the U.S. any longer, or own assets in the country, or don’t even visit the country any longer, you are still considered a U.S. citizen and expected to submit yearly tax returns.  If you are earning overseas, you are still taxed in the U.S.  This is one of a very few countries in the world where citizens who live and earn overseas are still taxed by their home country.  In fact, you could end up paying taxes in both countries. 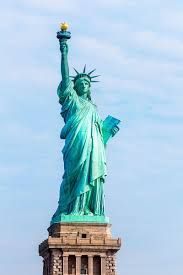 Some U.S. residents have chosen to go all the way and renounce their citizenship when they move to a new country.  But there may be unexpected consequences to this decision.  As long as you are an American citizen, you don’t have to pay taxes on child-support or supporting your elderly parents.  If you do renounce your citizenship, you could end up paying taxes on any financial support to family as these payments are now considered ‘gifts’, and eligible for gift taxes.  And worst case scenario, if your child or elderly parent needs you to return for an extended period of time, you are only entitled to remain in country as a visitor and limited to how long you can stay.

Another country that many Americans who are seriously considering leaving if the election results meet their worst fears is tropical and friendly Costa Rica.  Costa Rica certainly does have a lot to recommend it:

This pledge to leave the United States if the election results are unfavorable has been made many times over the years, not just in reaction to this year’s election or this election’s selection of presidential candidates.  It seems that it is a common refrain during many, if not most, election years.  In 2010, Rush Limbaugh vowed that he would leave the country and move to Costa Rica if the Affordable Care Act passed in Congress.  Eddie Vedder, Pearl Jam’s lead singer, pledged to leave if George Bush won the election in 2000.  Famous actor, Stephen Baldwin, promised to leave if Barack Obama won the Democratic nomination in 2008.  If fact, there were a long list of famous and not so famous people who vowed to leave if Obama won the presidential election.  And comedian, Tina Fey, promised to ‘leave earth’ if Sarah Palin won the Vice Presidency.