The tropical depression that faces the Pacific coast is moving away from Costa Rica and is now heading north. 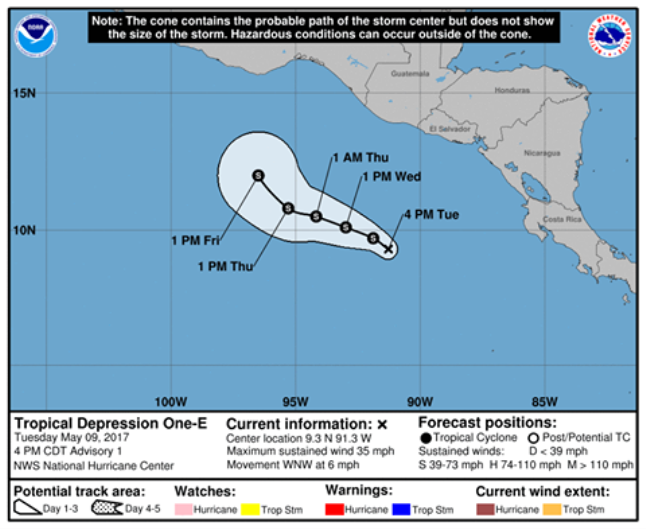 Daniel Poleo of the National Meteorological Institute explained that the phenomenon could become a tropical storm and could even become a hurricane. The specialist Added that the system could impact southern Mexico in the coming days.

In El Salvador the authorities are alert to any possible effects of the first atmospheric phenomenon of the season in the Pacific, which officially begins on May 15.

With respect to the Atlantic, The hurricane season begins in June and ends on the last day of November, officially.

An Anticipated and Intense Rainy Season in Costa Rica, Meteorologist Foresee for This Year

Rain and Cold Will Remain in Costa Rica