These illustrious characters are remembered over the years for marking the history...
Read more

In the heart of the Costa Rican forests and jungles, there are 9 Indigenous nations distributed in 24 territorial regions
Read more
TCRN STAFFhttps://www.TheCostaRicaNews.com
Creating a Conscious alternative news network that we feel the world needs. Pura Vida! 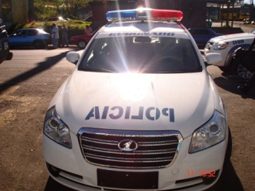 Although the new traffic fines are soon to be in effect, officials refuse to enforce them for fear of reprisals from the drivers and doubts raised about the implementation of sanctions.

That is the most drastic response adopted yesterday by the National Union of Professional and Technical Employees in Transit (Unateprot) after holding its general assembly, which brings together some 810 officers, who represent 97% of total traffic (852 personnel) of the country.

Joselito Ureña, union general secretary, said that the only ballots that they will write up are those related to consumption of liquor and reckless speed, fines in effect since December 2008.

Otherwise, according to Urena, no one will not be charged for other offenses such as not carrying tools, running a stop sign, driving without a license or passing on the right.

“No one will be fined, unless there is an extreme need,” said the leader.

He said the officers will continue to perform routine activities such as care of collisions and vehicular traffic management. He said the union agreements would be reported to all delegations yesterday and today.

Transit officials fear that by increasing the amount of these fines they will be exposed to more dangerous situations. Starting this Monday, for example, the maximum penalty (for driving with excess alcohol) will increase from ¢ 20,000 to ¢ 293,400

“If traffic cops were previously received by up a grimace or a frown from a driver, now, with fines of up to ¢ 300,000, what will happen? (…) Can you kill them, assault them, to denounce them for abuse of authority,” said Joselito Urena.

This latest suit comes at a time when there is already a redrafting of the Traffic Act in progress to lower the amount of fines.

Meanwhile, the government suspended the implementation of several fines related to the carrying of safety devices, and the new points system that will be charged for the licenses.

These illustrious characters are remembered over the years for marking the history of Costa Rica, bringing out...
Read more
News

In the heart of the Costa Rican forests and jungles, there are 9 Indigenous nations distributed in 24 territorial regions
Read more
News

deputies to approve Avoiding any confusion regarding the exoneration of taxes in favor of the Free Zones, motivated...
Read more
Environment

Women who work in biodiversity management, agriculture, ecotourism and research will be able to access financing of up to ₡ 10 million
Read more
- Advertisement -