Tough times, merit brave decisions. The country is facing a complex situation, among other areas, in the subject of public employment. In our case, the main problem is the cost of the State; As there are automatic mechanisms that increase wages, beyond the base salary, without any control by the authorities, affect the size of the fiscal deficit in a relevant way.

Historically, the relative share of wages within public sector spending has been increasing; In 2007 it accounted for 22.2% of total expenditure, and in 2013 this expenditure rose to 26% for 2016, representing 30.6% of it, according to information from the Ministry of Finance.

In our country, different mechanisms operate on the part of the different Public Administrations, to perform the calculations of salaries, the reason why an official in the same position, and with the same qualifications, would gain different, according to the Administration that contracts it. It happens in the same way, that the same position can have a different remuneration within the same institution, as a consequence of the payment of annuities to the civil servants. The existence of pluses and annuities has generated a series of inequities in public institutions, so it is important to put the issue of public employment once again at the table, and propose, with the intention of making decisions, In order to offer a fairer and more efficient Costa Rica.

Our Political Constitution, in Article 57, indicates that the salary will be equal for equal work, in the same conditions of efficiency. It does not condition the salary, to conditions of antiquity, but of efficiency, so we must reflect on the constitutionality of salary distinctions of public servants, using the element of seniority as a determining point. In relation to wage inequality in the public sector, despite the outlook, there have been institutions that have seen the benefits of a single salary system, which could be established as mandatory for the whole Public Administration, in order to protect principles of equality and Adequate use of public resources.

Among the institutions that have promoted the establishment of the Global Salary successfully, noting the imbalance reflected in the institutions in the Administration generated by the regime outlined above, are the Central Bank of Costa Rica and the Comptroller General of the Republic.

This modality of remuneration is favorable in that both a fixed salary amount is determined per position, which must incorporate all the conditions of seniority, professional position, or any other element that differentiates the positions with such difficulty or responsibility.

This scheme guarantees a wage equality, by eliminating the variable components of the wage, so that a balance is obtained simultaneously in the salary conditions, under the principles of reasonableness and proportionality.

Last but not least, it is necessary to give a public institution the rectoría in the subject of public employment, for the whole Public Administration, that defines the salary policy, as well as that has the competence to control the salary increases in the decentralized sector, Which could imply a possible reform to the Civil Service Regime, established constitutionally.

Issues such as the above, need to be informed by strong decisions, which could be implemented in a more expeditious way, through a constitutional reform, but it is necessary that all citizens and civil servants, seek equality and the proper use of Resources, without demerit the necessary degree of professionalization of public servants, as well as the right to a fair wage. 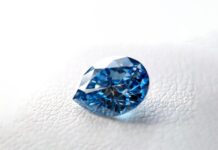 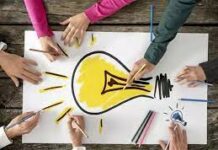 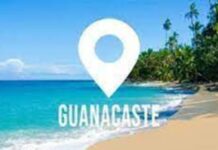 Guanacaste Has Become an Ideal Place for the Real Estate Business