Santa Teresa is located in the middle of two villages, Mal Pais in the south and Playa Hermosa in the north. All three connected together by one single road, going parallel with the coastline. The coastline offers some of the best surf breaks Costa Rica has to offer, the consistency of the swell in Santa Teresa is out of this world it seems like, you will be treated with surfable waves all year long. When the tide goes toward low, magical tide pools appears as a gift from Neptune himself. The fishermen move with the tide further and further out on the reefs in hope for fresh fish for dinner. The beaches give you the feeling of an untouched and remote nature, that creates a natural feeling of home in yourself and in peace. Maybe that’s why people from all over the planet are moving here to pursue a happier, healthier and a more holy human experience. The mix of people and cultures makes Santa Teresa extra special. A neighbor from Israel said that she felt “we all agreed in our previous life to meet up in Santa Teresa, live together in harmony, despite religion and culture, to show the rest of the world that love do not have a passport, religion or color”, she continued with giving Costa Rica gratitude for opening Santa Teresa up for such a revolutionary happening to appear and grow. I think

The mix of people and cultures makes Santa Teresa extra special. A neighbor from Israel said that she felt “we all agreed in our previous life to meet up in Santa Teresa, live together in harmony, despite religion and culture, to show the rest of the world that love do not have a passport, religion or color”, she continued with giving Costa Rica gratitude for opening Santa Teresa up for such a revolutionary happening to appear and grow. I think that’s the best way I can worldly describe how it feels to be a part of the society of Santa Teresa. 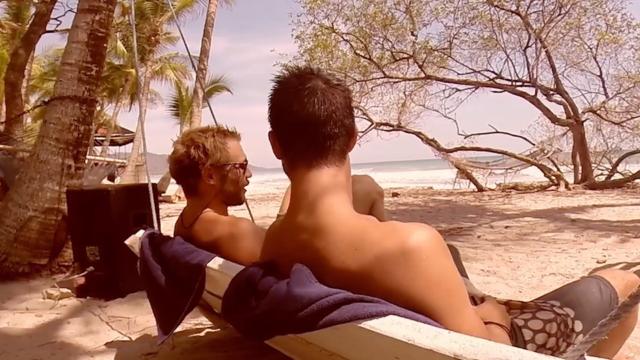 From this foundation of unconditional love, Santa Teresa has developed a world fusion selection of restaurants, arts, and activities everyone that comes here can enjoy together.

When I first came to Santa Teresa in January 2014, I had just sold my tiny apartment and resign my job back in Norway and wanted to live a less stressful life in a warmer environment. I came with a friend, we arrived in Santa Teresa with no expectation or knowledge about Santa Teresa. We walked out from the bus and sat down outside a surf shop and just relaxed after traveling. People pass by on their bicycle and on foot smiling and waving, we walked down to the beach in a tunnel of trees and palms and saw this perfect wave breaking right on the end of the green tunnel, after surf we walked up to the first mountain overlooking Santa Teresa beach, had a couple of beers, watched a breathtaking sunset and laughed about our opportunities to build something right there on top of that mountain. We knew that moment that we wanted to stay in Santa Teresa for a while, get to know the village as well as possible and look for options to buy a land together. We got to know Margriete in her Art studio and cafe (Zwart cafe) and ended up buying her old Mitsubishi Montero. We built it into something we could live in and move around at the same time. Zwart cafe became our toilet, kitchen, downloading station for movies and milkshake provider, thank you Zwart crew. 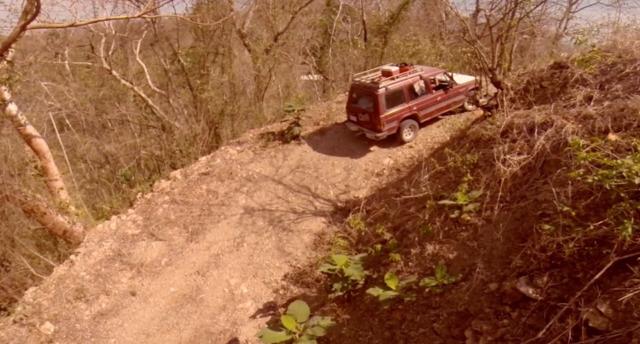 We got to know a lot of different people both from Costa Rica and from everywhere else and was soon known as the two Norwegians that lived in a car and always had a hitchhiker back on the bumps of the car. We took that car everywhere it could go in the area of Santa Teresa to explore and look for property. We lived in that car for almost 4 months, going from surf spot to surf spot, full moon parties, Montezuma waterfalls, river hiking, mountain hiking, we slept at beaches, in rivers, in the mountains (where we got kicked out from the guy we ended up buying land from), we went all over and explored everything Santa Teresa area had to offer, we were living our dreams.

After a couple of months, we met a man that filmed with drones and had a project in Santa Teresa for a couple of months. He had just bought a land for himself and had a friend here who was looking for something herself. After many dinner nights with the drone man and his friend, one night he mentioned that his parents may be interested in land in Santa Teresa as well. We agreed to look a little around the next day. A realtor took us around to show us what he had to offer, nothing felt really good of what he showed us. Then suddenly it looked like he got a brilliant idea, we went down from the mountainside we were at and began moving back towards Santa Teresa
centro again. 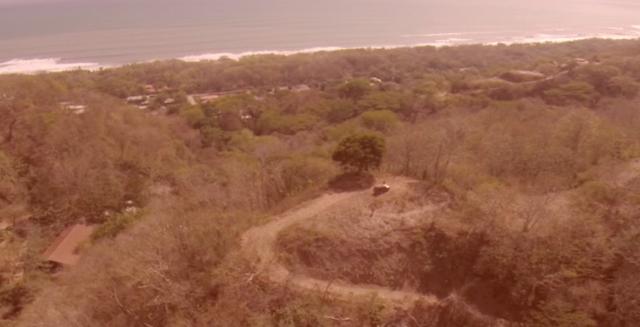 The car started to climb up the road we used to take our car up and sleep by night. Before the river (where we slept), he started to climb up the road we had walked up our very first day in Santa Teresa. When we got on the top, an instant slideshow of pictures appeared in my mind about my friend and I sitting on top of exactly that mountain, under a beautiful tree and dreaming of building on this amazing land. The left side of my brain took over and numbers started to fly around in my mind about how to make this possible for us to go forward with. My friend and I looked at each other like our dream had come through, almost in shock that something like that could happen to us. We shortly after signed a contract with “The drone man’s” parents and friend. A new adventure and beginning had just started in a country far far away from “home”. Our budget exploded the second we sign that contract. We went back to Norway, worked intensely to make enough to start building the next season. 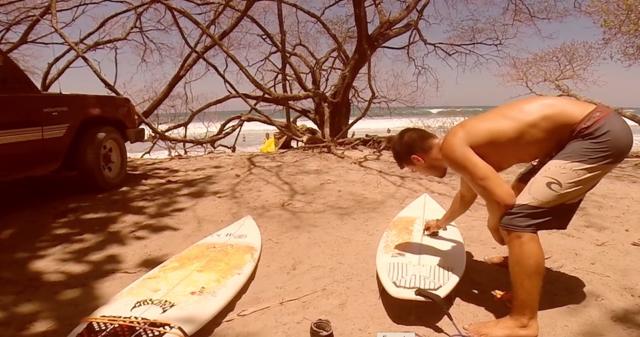 After a long summer, fall and the start of the coming winter, we reached the point where we mentally had to go back to Santa Teresa, we were doubting that the paper would come for our part of the property, we were doubting that any building permissions would come, doubt about water and electricity, most of all, doubt about ourselves. When we got back to Santa Teresa, it took us a long month to get back into our power of belief again. The month after we got building permissions, electricity and construction started that following month. Our thought was to frame the amazing ocean view in with glass, keep insects and the sun out with concrete and give it some life with wood, plants, and colors inside. The first season we lived in the house, this season it’s rented and now we have decided to put our beautiful ocean view house for sale in Santa Teresa. We hope someone finds this place as special as we do and continue their dream her in Santa Teresa on top of the town in our eagle nest.

Santa Teresa is a small village in Puntarenas Province, facing the Pacific ocean, around 150 kilometers (93mi) from San Jose. This dreamy beach society started as a remote fishing village, relying on agriculture, cattle ranching, and small-scale fishing. Today, tourism is the main source of income for most families. People seeks to experience Santa Teresa for many different reasons; surfing, yoga, fishing, diving, art, connecting to nature and animals, create a new lifestyle, food experiences, photographic and the list goes on.

For more information on our property, please CONTACT US!

Envision Fest: A Unique Experience That Will Make Your Senses Vibrate