A student from the Guanacaste campus of the National Technical University (UTN) obtained the best of rewards for his dedication to his studies, he received the university degree during his working day on a cattle farm
Read more

One of the core elements of the rational conservative’s worldview is that traditions developed over the centuries should carry greater weight than insights awakened in the present. But since humanity is in the midst of an unprecedented global crisis, man’s past cannot be the primary guide for humankind’s present, or future. Then what are thinking people to do?

First of all, the argument that one has to be a philosopher to think for oneself and develop a conscious worldview is preposterous. It’s like saying one has to be a scientist to understand and appreciate the discoveries of Newton and Einstein.

Conservatives would have us believe that our only hope is in steadfast allegiance to the traditions and texts of the past. They favor collective experience over direct perception and action, believing that there is really such a thing as ‘cumulative wisdom.’

Life is messy, and doesn’t follow our notions of order. There’s never been a revolution that put a rigorous alternative vision ahead of revolt. That’s demanding rationality a priori, when in fact revolutions arise from passions boiling over and throwing out the old order before a new one has been conceived.

Religious, economic, and political institutions rightly disgust many young people. Few see that the problem isn’t institutions however; it’s the hold that tradition, identification, and organized religion have on the human mind that’s shrinking the human heart.

Hidebound conservatives insist that coherent recipes for change are the criteria of adequate response to the growing global crisis. But that’s like saying, ‘I won’t consider responding to the crisis until you offer me a solution,’ which is not only backasswards, it’s also juvenile.

It’s true that few have the capacity or time to work out a new theory of human nature and worldview, but everyone can and must question, think, and find out for themselves. 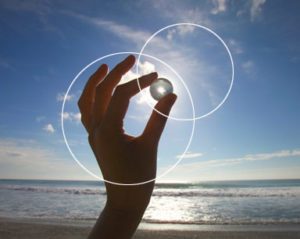 college town from two to five years. Though all feel freer in the West, without the traditional family expectations and rigid gender roles (only 10% of the hundreds of Saudis in this city are women), the lamentable condition of the emerging global culture was a shared concern.

We laughed about the preponderance of ‘walking dead’ and zombie themes in the West, and how it reflects a lack of an inner and intellectual life in so many people, and embodies the numbness the majority has embraced. “It’s happening everywhere now,” the oldest and most outspoken of my 20-somethings friends, said. Indeed.

A person’s worldview grows out of their notions about nature and human nature. Authorities and institutions are primary to conservatives because human nature, in their view, is inherently selfish, just as life in nature was “nasty, brutish, and short.” Father figures and their surrogates–authorities and institutions–must therefore restrain and control the animal tendencies in people.

Whereas liberals, in the West at least, generally have ‘blank slate’ notions of human nature, believing that we’re tabula rasas at birth, conservatives generally see humans as born with original sin, that is, inherently flawed natures. The liberal view aligns with Rousseau’s philosophy, which basically holds that nature is good, and man is corrupted to the degree that we have become removed from nature.

Both theories of human nature are incorrect in my view, though the conservative one is more destructively so, because it lacks faith in human beings even as it purports to have faith in God. 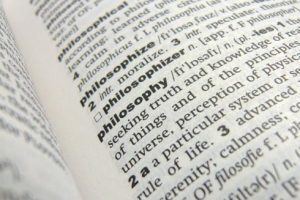 My view is that nature produced man, who is increasingly at odds with nature, and that this ultimate contradiction has come to a head on this planet. Furthermore, we have to resolve it within ourselves at a core level of consciousness, which isn’t individual or cultural.

The essential problem is conditioning. Responsibility means completely owning one’s conditioning and not acting out of it as a rule. That doesn’t mean just the personal and karmic content of ‘my life,’ as New Age folks think, but the cultural and collective content as well. Liberation means the human being is free from conditioning altogether.

Culture, in the anthropological sense of the word, is now a thing of humankind’s past. Ways of life can be preserved, if a relatively intact people so choose, but obviously no longer in geographically or psychologically separate contexts.

Tradition, in the cohesive sense of the word, is also a thing of humankind’s past. Adherence to traditions is no longer integrative; it’s disintegrative, to individuals and groups.

Religion, in the communal sense of the word, is also a thing of humankind’s past. Organized religion can perhaps be a source of community and insight, but only if belief systems and exclusivity have been negated.

Without a tradition, conservatives believe, everything is impermanence and flux. But that’s the core fact of life, and an argument with it is an argument with the essence of life. Therefore advocating adherence to tradition, out of fear, expands rather than dispels the darkness that is suffocating the human spirit.

Though habits of mind and society are hundreds and thousands of years old, the individual, to be free, has to unfetter the human brain from identification, organized religion, internal authority, and tradition.

When the self and its contents at one level, and beliefs and traditions at another are completely set aside, we grow in insight as human beings.

To be sure, a few will go first, but each has to do the spadework for themselves within themselves. The right approach is a deep feeling of ‘I don’t know,’ with ongoing, lifelong questioning and insight.

Costa Rica was included in a list of the five best whale watching destinations in the world by the Passion Passport community of travelers, explorers and storytellers
Read more
Education

A student from the Guanacaste campus of the National Technical University (UTN) obtained the best of rewards for his dedication to his studies, he received the university degree during his working day on a cattle farm
Read more
Health

The number of deaths from Acquired Immunodeficiency Syndrome (AIDS) continues to decline and access to treatment improves,...
Read more
Health

Covid-19 can be Contracted Directly from the Air, claims 239 Scientists in an Open Letter to the World Health Organization

The Novel Coronavirus is mainly transmitted through small particles of saliva that remain suspended in the air...
Read more
News