Regarding Guilt and Responsibility 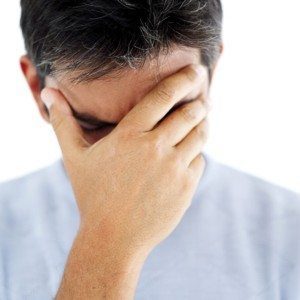 Having been raised Catholic when the Mass was still in Latin, and before the Roman Catholic Church became linked with pedophilia, I learned a lot about guilt. Most of all, I learned that guilt is a junk emotion.

What is guilt? Guilt is conscience past its due date, wrongdoing un-remedied, mistakes uncorrected, and responsibility deferred. Guilt stifles growth.

I won’t delve into this society’s beliefs about guilt and punishment, epitomized by the “lock ‘em up and execute ‘em” mentality prevalent in the state of Texas. My concern in this column is with guilt and responsibility in the individual.

Perhaps it’s because guilt does such a good job at masquerading as virtue. How can someone be faulted for feeling guilty? Doesn’t it indicate the presence of a healthy conscience? After all, sociopaths never have pangs of guilt or doubt about themselves, right?

Of course, if you accept original sin, you accept guilt. And since original sin is the cornerstone of Christianity, it means the whole edifice is built on a falsehood, which is why the entire tradition is crumbling before our eyes.

Childhood guilt in the individual is the equivalent of original sin in the collective. Once accepted, internalized, and continued into adulthood, a guilty person must inevitably do things that validate their guilt.

Guilt is a voracious beast that needs to be fed, and it can only be fed by doing wrong or falling short, through ‘sins’ of commission or omission. 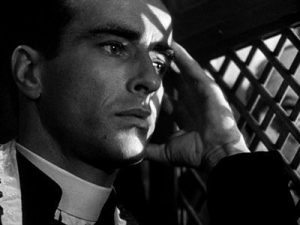 Once a week in elementary school we were marched off to confession, where we were conditioned to tell our ‘sins’ to the priest sitting behind a screen in a darkened little room. What kind of man listens to dozens of forced recitations of wrongdoing and pleas of penitence by children?

What child sins anyway? A sin is knowingly doing wrong when you could have done right. Even if a child under the age of moral consent knows right from wrong, with very few exceptions s/he can’t help doing what they do. (Children who do harm when they know it is harmful belong in some category of pathology. Therefore they too can’t be said to have ‘sinned.’)

Confession, needless to say, wasn’t about scrubbing our little souls clean, but learning to view ourselves as inherently sinful and unclean, and in need of a priest’s, and through him the Church’s, absolution. We were, in short, being taught how to feel guilty, which is the best tool of control the Catholic Church, or any church ever had.

The Catholic Church may have changed a great deal on the surface, but centuries of rot have overtaken it.

By the time I entered high school, the whole thing seemed like an emotional con to me. If you feel guilty, I asked, why not address the issue, find out if you committed an error or wronged another, and remedy it? No, that would be too healthy. It’s easier to feel guilty, and confess your sins to a priest, rather than take responsibility for yourself.

I must admit that some of my relatives (who shall go unnamed to protect the guilty) were first-class case studies in the habit of guilt, and its close cousin self-pity. Have you ever noticed how the most guilt-ridden people become the most self-pitying as they age?

So I resolved not to feel guilty, which doesn’t mean that I surrendered my conscience. Guilt is an emotional carryover of real or imagined misconduct. In a healthy individual, guilt tells us that something in us hasn’t been dealt with, which doesn’t necessarily mean we’ve done something wrong. 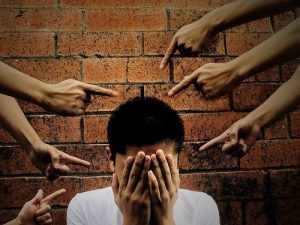 Find out what’s nagging at you (it may be simply feeling something society says you shouldn’t feel), and rectify the situation (without self-indulgence) as quickly as possible. That ends the guilt.

Don’t get me wrong. Guilt is a real emotion, even though it’s based on the residue of experience. You can’t talk yourself out of it, in or out of therapy. You have to address the emotion at its level and on its own terms.

Guilt may be completely irrational, like feeling blameworthy for surviving a natural disaster or a bombing or a battle. But even if the guilt is rational, and derives from real wrongdoing and arises from un-acted upon conscience, it always has the ‘me’ at its core.

So the next time someone says, “I feel so responsible,” ask them (especially if it’s yourself), ‘do you mean you feel guilty?’

The person of real responsibility never says, “I feel so responsible.” They simply own everything within them, act as far as they can to correct their mistakes, and move on. That’s a pretty good definition of responsibility, and it has nothing to do with guilt.

A week after starting functions, the mandates of the Presidential Office have caused different opinions and contradictions among the...
Money

Costa Rica Closes Cruise Season in the Pacific with 80 Ships

Costa Rica Closes Cruise Season in the Pacific with 80 Ships