Within the framework of the recent launch for the Costa Rica Artisan Seal and the Costa Rica Creative and Cultural National Strategy 2020-2030, the Center for Research and Conservation of Cultural Heritage (CICPC) makes available to the people, the digital publication: “Approach to a Mapping of Artisan Vocations in Costa Rica”, which was made possible with the support from the Office of the Ministry of Culture and Youth (MCJ).

The approach to mapping craft vocations promotes the recognition of cultural diversity starting from its different manifestations. In addition, it recognizes the place they occupy as living heritage practices, distinctive of the different Costa Rican territories and communities, always with the aim of valuing them as opportunities for development and well-being.

“There is a need to conceptualize artisan production, both at a traditional and contemporary level, due to the number of replicas from original pieces and the importation of other foreign ones into the national artisan context. With this mapping, it will be possible to identify the types of existing local handicrafts, as well as to promote the safeguarding of the knowledge present in the artisan communities of the country,” said Paola Salazar, head of the Intangible Cultural Heritage Unit of the Heritage Center and editor of the digital book.

The mapping does not end with the publication of this material, but will continue to be fed through the institutional reflection that must go on within the Council and the Costa Rican Commission of the Artisanal Sector, formed by Executive Decree No. 41976-MEIC-MCJ-TUR.

For her part, the Minister of Culture and Youth affirmed that efforts like this one show an important process of conceptualization of crafts from an inter-institutional reflection; as well as the approach to the craft vocations of the territories and regions, from their cultural manifestations, their trades and techniques.

“They are contributions that facilitate the generation of development policies from the local level, which take this subsector into consideration to enhance it; at the same time, it provides starting points for training and support programs based on the artisanal subsector ”, highlighted Minister Durán on the practical applications of the contents.

“We present a first mapping of our artisan techniques, whose concrete product is the elaboration of eight infographics and a diagnosis, and a recent account of the situation in the sector. With this systematization, we bring together elements for the definition of strategic actions for the cultural and economic development of the populations involved,” added Paola Salazar. 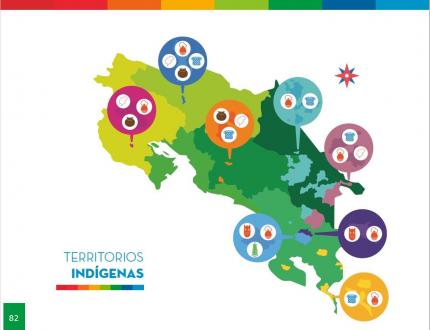 In the case of Costa Rica, native peoples developed objects to meet daily needs with great skill and aesthetic criteria. Ceramic, jade, gold, and stone objects have been found in archaeological excavations. Some of these techniques are preserved to this day, such as backstrap loom textiles, gourd and wood carving, basketry with various natural fibers, and pottery.

With the conquest and the colony, different trades were developed according to the needs of each era, using available raw materials and merging the knowledge of different cultures and that, today, we recognize as artisan trades. Some of these trades are: saddlery, shoemaking, tailoring, cabinetmaking and rope weaving. Also some of the most representative manifestations such as the carts and their painting, mainly in Sarchí, and the pottery of Santa Ana, more recently.

At present, there are various artisan manifestations that take place throughout the country and that respond to the cultural, geographical and social characteristics of each region; generally related to the activities that take place in each area. For example, in the plains of San Carlos or in Guanacaste, regions where livestock is practiced, a lot of artisanal activity related to leather takes place in the elaboration of all the necessary tools for horse riding and related activities; And the same happens with the other artisan manifestations.

In the same way, there are other contemporary artisan manifestations, which do not always start from traditional trades or techniques, but which integrate the investigation and manifestation of fundamental elements from the local cultural and natural identity.

The text has three sections: the first includes a conceptual reflection initiated in 2014 by the institutions interested in reactivating the National Craft Commission. The second shows the methodological route that led to the selection of the products placed on the infographic maps. In the third and last, the infographics are exposed as the central result of the work.

It addresses topics such as: artisan trades as an area of ​​intangible cultural heritage, antecedents for Costa Rica, development and promotion programs for handicrafts, diagnosis of the Costa Rican artisan sector, inventory, training, support for production, marketing, promotion and certification of artisan seal. 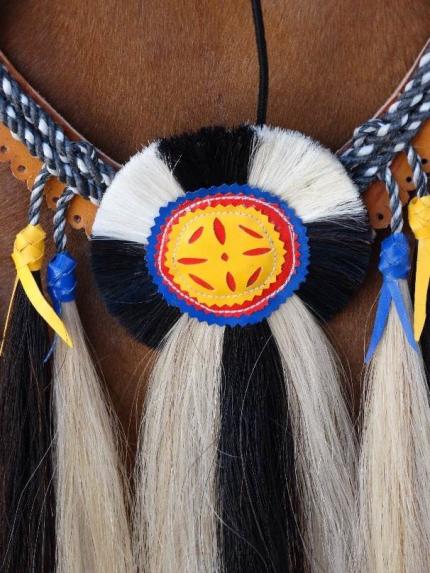 Then, it makes a conceptual proposal of the categories, including: Crafts, subdivided into Traditional Crafts and Contemporary Crafts. In addition, the Artisan Design category, which is also subdivided into Design Products and Design Souvenirs.

In addition, a methodology is proposed for the selection of trades and listed techniques and for the registration of artisan manifestations and vocations in the regions. Finally, the main results of the different regions of the country are presented through graphs: Brunca, Central, Chorotega, Huetar Norte, Huetar Caribe, Central Pacific and the different indigenous territories.

The crafts and artisan products were exposed in the infographics by regions, as established by the Ministry of Planning. They include indigenous territories that, due to their particular dynamics, have their own and specific artisan manifestations, which was considered essential to highlight in the publication of the Cultural Heritage Center.

The results presented in this publication will be in constant feedback with the work of the different institutions involved and will feed new products at the service of carriers, creators, designers, entrepreneurs, local governments and chains, according to the inter-institutional goals outlined in the National Development Plan 2019-2022 with the tourism sector, the productive sector, the education sector and the social policy sector. In addition, it is articulated with the Costa Rica Cultural and Creative Strategy 2030 and its Sectorial Executive Boards.

In general, the exercise of updating information and detailed research on the Costa Rican artisan manifestations is necessary. The Center for Research and Conservation of Cultural Heritage of the Ministry of Culture and Youth, has investigated since the 1970s on topics such as: basketry in Barva, marimba, gourds, Cartago handicrafts, saddlery, Guaitil ceramics, the masquerades and mascareros; as well as the research carried out on the elaboration of carts, presented for the candidacy of the Tradition of the Boyeo and the Ox Cart of Costa Rica, declared by UNESCO in 2005: Masterpiece of the Oral and Intangible Heritage of Humanity.

Approach to a Mapping of Artisan Vocations in Costa Rica is a production of the Cultural Heritage Center with the support of the Ministerial Office; it was edited by the anthropologist Paola Salazar, head of the Intangible Cultural Heritage Unit of the CICPC. It also had the valuable contribution of Loida Pretiz, Vice Minister of Culture; Adriana Ramírez, artisan designer and cultural manager; and Celia Barrantes, social anthropologist. You can access and the publication at the link: https://tinyurl.com/y5gokzef

Not at all like other human detects, olfactory reactions are connected to the emotional focal point of our minds and relate straightforwardly with our previous encounters.
World News