How to Protect Yourself from Digital Scammers

In Costa Rica, a phishing campaign was detected, which is related to the municipal sector and the certified digital...
Read more

Epsy Campbell, Vice President of the Republic, affirmed that the current context and the confluence of historical milestones such...
Read more
TCRN STAFFhttps://www.TheCostaRicaNews.com
Creating a Conscious alternative news network that we feel the world needs. Pura Vida!

ALPHARETTA, Ga., — Neenah Paper (NYSE: NP) today announced that it has partnered with Friends of the Osa and the Natural Resources Foundation of Wisconsin to help reforest a conservation property in Costa Rica’s Osa Peninsula, one of the most biologically diverse regions in the world.

With Neenah’s support and contributions, the reforestation project will remove carbon from the atmosphere, protect and restore viable plant and animal habitats, create a new habitat for endangered wildlife and restore land degraded by deforestation. 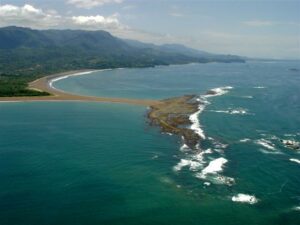 “Partnering with Friends of the Osa and the Natural Resources Foundation of Wisconsin is exciting because together we will have a direct impact not only on the Costa Rican rainforest, but on some of the world’s threatened and endangered species,” said Rodger Ferguson, director of environmental services at Neenah Paper.

Added David Clutter, director of the Natural Resources Foundation of Wisconsin Wisconservation Corps and Lands Programs, “The Osa Project is another example of how government, foundations and private industry can work together to be good stewards of the land, water and wildlife that is quickly vanishing.”

The conservation property, an extensive 1,500 acres in the southeastern portion of the Golfo Dulce Forest Reserve, is located in Costa Rica’s Osa Peninsula. It harbors the last remaining old growth rainforest on the western flank of Central America and is one of the most biologically diverse regions
in the world. Sandwiched between encroaching development and deforested land, the Osa Peninsula is widely acknowledged as a global conservation priority by conservation organizations such as the Nature Conservancy and Conservation International.

“Neenah Paper has a long history of contributing to conservation projects,” explained Ferguson. “The Osa Project was particularly appealing because it is the migratory home of 54 native Wisconsin species of birds, 18 of which are state conservation priorities and three of which are listed as threatened.
Wisconsin is home to our fine papers mills and is a large part of Neenah Paper’s heritage. It just makes sense to be one of the founding partners in this project.”

The Osa project is not the first project that Neenah has partnered on with the Natural Resources Foundation of Wisconsin. Its conservation initiatives include helping to fund Wisconservation Corps, a Natural Resources Foundation of Wisconsin AmeriCorps program that helps train young conservation
professionals responsible for managing state natural areas that are home to endangered and threatened plants and animals. Neenah also works with the Wisconservation Corps to help conserve the Chiwaukee Prairie State Natural Area, one of the most biologically diverse prairie systems in the upper Midwest and home to more than 400 species of plants.

How to Protect Yourself from Digital Scammers

In Costa Rica, a phishing campaign was detected, which is related to the municipal sector and the certified digital...
Read more
Environment

Get to know the “Interceptor”, which will Prevent Tárcoles Garbage from Reaching the Sea

For collecting the garbage that floats in the Tárcoles River, an "Interceptor" will be installed soon. It is a Dutch-made mechanism that collects waste...
Read more

Costa Rica signed a cooperation agreement with the NGO OceanMind to facilitate the application of maritime regulation thanks to the experience of this organization...
Read more

In the framework of the World Environment Day commemoration, a significant number of Nosara residents held a march in favor of the construction control...
Read more
- Advertisement -