Man’s Place in the Universe

Fog enshrouds the town as I enter the mountain community from the valley below. With a few hundred meters more of elevation, the fog clears, though the skies remain cloudy. Reaching the man-made lake, there is a brightening, and even a small patch or two of blue.

A few men, with pickup trucks loaded with tools are fishing on the stump-strewn shoreline of the receded lake. They joke about playing hooky from work for a couple of hours at mid-day.

I walk about a mile to the far end of the reservoir. The first significant storm of the season brought a good amount of rain the previous night, and everything is still drenched. Indeed, the area is supersaturated, and the heavy, misty air adds depth and dimensionality to the palpable silence of the place. The trickling water flows into the lake; in the astounding quiet, it’s heard before seen.

Walking down to the edge of the water, I’m overwhelmed by the stillness, silence, and beauty of the odiferous woods, glassy water, and reflected sky. It’s the kind of place in which you find yourself almost holding your breath. The lake is dead calm, and not a man-made sound can be heard, except when the fellows fishing talk to each other a half mile away across the water.

Suddenly a large flock of Canadian geese, honking at the tops of their lungs, swoop in and glide to a halt on the water. 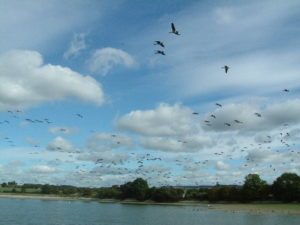 From a couple miles away over the ridge on the other side of the reservoir, another flock answers their honking, and the sound echoes across the lake.

This place is an echo chamber of the cosmos, an unintended man-made focal point of celestial silence. The sensitive, self-knowing individual can ‘hear’ the infinite silence of the cosmos here, and with it, that which can only be called sacred.

Jarring me back to the reality of this world, some trucks start up in the distance, and a back-up beeper rings out. Walking in, there was evidence of recent logging around the lake, and it’s probably resuming on a distant ridge

Listening without resistance or reaction, the stillness and silence envelop the noise. Then, surprisingly, it stops, making one appreciate the extraordinary place and moment all the more. 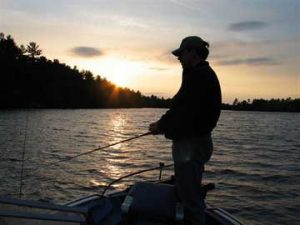 The human brain is, potentially, a vehicle for the background awareness and intelligence of the universe. Paradoxically, ‘higher thought,’ which gave us this capacity evolutionarily, is the greatest impediment to awareness. Thought has to fall completely still, so that the brain is free of enchainment to words, images, memories, and conditioning. Only then can one ‘hear’ what is far beyond the range of our ears.

Apparently, with the right conditions (liquid water), and enough time, a diversity and complexity of life forms emerge, and eventually sentient beings like us, who have to pass through a self-made crucible of fragmentation. Other sentient, potentially sapient life may look nothing like us, but their basic characteristics–symbolic thought, language, and technology—are common to all potentially intelligent life.

Symbolic thought is hardly the goal or end of evolution however, no matter how prodigious the prodigy or calculating the computer. Does the universe evolve life forms capable of ever deepening awareness of cosmic consciousness?

If so, though symbolic thought is a necessary step in the evolution of brains capable of realizing the intrinsic intent of the universe, thought also the greatest impediment to truly intelligent life. Why? Because thought, as an inherently separative mechanism, tends to dominate the brain, generating more and more division, conflict, and disintegration, ecologically and socially. 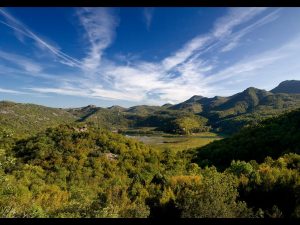 the universe. I propose a new and testable principle—namely, that the evolution of symbolic thought occurs regularly in the universe. Furthermore, that it tends, wherever sentient creatures like humankind arise, to produce the kind of fragmentation and chaos that humankind is producing, requiring conscious transmutation.

Nothing significant is happening in human consciousness at present as far as I can see. So is a psychological revolution still a long way off for humankind?

Human numbers have grown from a few million to nearly seven billion in a mere 10,000 years, but in the process we’ve become the locusts of the earth. Global warming, dreadful poverty, an egregious disparity of wealth, as well as widespread human rights abuses, mean that sentient (human) life on Earth must make the transition to truly intelligent life. Though that’s not happening at present, it doesn’t mean one gives up on humanity, much less life.

For human life to have any meaning, we have to awaken ourselves through self-knowing, thereby gaining insight into the evolution and operation of our over-valued, pride-ridden cognitive capabilities. Then, with a quiet mind and empty heart, we will have the capacity to hear and participate in the silence, sacredness, and intelligence of the universe.