KidZania is a mini-city of 4,000 square meters (m2), the first confirmed commerce for the mega project Oxygen, in San Francisco de Heredia. This franchise is under the management of Cuestamora Urbanismo and, in this way, it becomes the client of his own real estate project so it will set a guideline for the type of business you might want to host.

KidZania is a franchise of Mexican origin present in 19 countries, which is offered as a gaming and learning experience for children and pre-teens. It essentially is an area that recreates a city, including entertainment spaces, shops, and open areas, where children can play independently or in the companion of their parents.

Javier del Campo, the commercial director, explained to EF that Cuestamoras has more experience as an operator than as a developer, so it seemed natural to have a direct presence in the complex’s commercial offer. Furthermore, the company will be responsible for the central administration. All of the premises will be the property of the developer (the shops, restaurants, and other similar businesses will operate as tenants), as well as the main activities and experience coordination, which will be also managed by them.

“In the specific case of KidZania, which is a business within Oxygen that Cuestamoras Urbanismo became both a franchise and an operator since, nowadays, this type of space, the anchors of entertainment, is the one that creates the most added value. KidZania has a projection of visitation that exceeds 300,000 people a year, according to the studies we have done and a target segment very aligned with our project, which has to deal with families, because it attracts not only the children but their parents and/or their grandparents. It creates a great factor of differentiation”, said del Campo.

At the moment for paying the entrance to Kidzania, (17 US$ for each child, per day, without time limit, and half-price per adult), each child will receive a check for a fixed amount of game money (called Kidzos), and to obtain more Work in the roles available at the time of your visit.

These roles will include those of public servants (firemen, police, paramedics, doctors, and similar ones), as well as those of the private productive sector, according to the brands that participate. In all cases, they will receive a basic training to fulfill the role and receive the corresponding payment.

“From the corporative point of view, it has a lot of value because to achieve the hyperreality that is done, it is necessary for the city to have a realistic appearance and what helping brands are the most. They are not tenants, but we call them industry partners; they are the owners of the category in each industry. It is a way of interacting with their product, their brand, which creates an impression and a lifetime memoir”, del Campo emphasized. 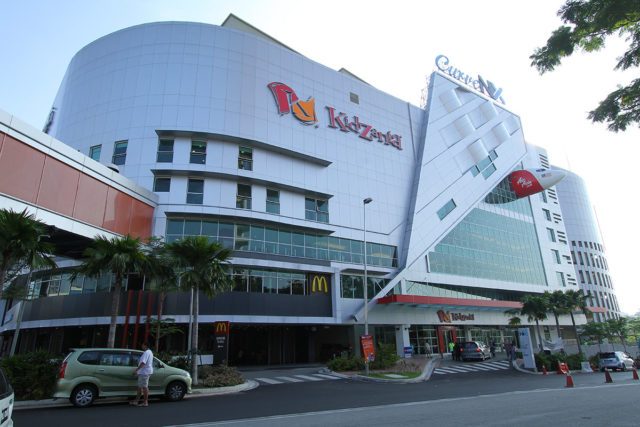 To decide on this project, Cuestamoras Urbanismo held pre-feasibility meetings with multiple brands from different sectors that could be interested in having a presence within KidZania. It will have 34 spaces for brands that will offer around 70 roles or works for visitors. The participating brands will initially invest between 40,000 US$ and 150,000 US$, in the thematization of their space and the exclusivity of the category.

Additionally, they must provide a similar annual amount, as a maintenance fee and, by contract, assuming the responsibility of reinvesting every 3 years, in order to maintain the quality of the spaces. Negotiations with banking, ice cream, beverages, and food brands are already advanced, with contracts that go from 3 to 5 years. They will also receive offers from brands interested in having spaces within the mini-city.

From the labor point of view, Cuestamoras Urbanismo will directly employ 150 people in the KidZania operation. The Oxygen project, in total, will have 200,000 m² of construction and 60,000 m² of a rental area (about 200 locations). Construction began in April 2017, and its opening is planned for the 2nd-half of 2018.