The consumption of drugs in Costa Rica has been increasing, and now there are more people, who decide to try alcohol, tobacco, marijuana or other illicit substances. According to the VI Annual Survey on Drug Use.

In the last month of 2018, 27.9% of those surveyed consumed alcohol, 10.5% smoked and 3.2% smoked marijuana. Tobacco is the only substance that shows a decrease; due to the enactment of the Anti-Tobacco Law in 2012 that has also allowed the null exposure of its advertising.

Also, the age group most seduced by drugs is that between 20 and 29 years old. When asked what are the places where it is easier to get illicit drugs, 42% revealed that in the neighborhood, 22% in bars and 12% in other people’s homes. Finally, 66.9% of respondents have an unfavorable perception of the State’s action regarding health and drug treatment; while 58.3% also consider unfavorable the police action against drug trafficking.

At the end of this, it is easy to deduce that despite the existence of institutions such as the Costa Rican Social Security Fund (CCSS), the Costa Rican Institute on Drugs (ICD), the Institute on Alcoholism and Drug Dependence (IAFA) and the Ministry of Public Security and its various programs to combat drug abuse, the evil continues to grow and even the population does not trust the actions of the authorities.

One of the most current drugs is “Krokodil” that is increasingly used by addicts in some parts of Europe coming to Costa Rica and is used as a substitute for Heroin, especially in the poorer regions. The toxic nature of this chemical causes the skin to change color and become scaly. Around the sites where the injection is made, it is covered with ulcers, the blood vessels rupture causing the death of the tissue being devoured by the chemical products of the drug, which rots the flesh to the bone, the teeth fall, brain damage is also common, tetanus, and blood poisoning is assured. Another drug called “Zombie” or “K2” (synthetic marijuana) produces behavior alterations, coming to seem really like a zombie especially in young people.

There should be an integral approach on the subject because it is not only about mitigating drug consumption with a few institutions and social actors; since drugs have become a public health problem that must be addressed from different angles and involving all sectors of the State showing the actions taken to solve this problem.

The executive director of the Costa Rican Association for the Study and Intervention in Drugs (ACEID), points out that it is essential that personal use is not punished, since the evidence shows that police and judicial intervention concerning consumption, rather distances users from public services and institutions.

The National Coordinator of the Regional Anti-drug Program, says that the prevention of drug use should be addressed comprehensively starting from the home with the education given to minors by the family, inculcating values, which are fundamental elements that will change negative behaviors in children and adolescents.

The professor of the School of Nursing at the University of Costa Rica, says that the age of the onset and the lack of control around drug use are the triggers and that it also becomes an individual, family and community problem.

Likewise, the person in charge of the process at the “Comprehensive Center for Drug Assistance to Minors”, notes that in the first semester of 2018 a total of 1,174 minors have been treated at the evaluation service of this Children’s Center.

Some tips to prevent the consumption of illicit substances.

The president of the “Casa Libertad Association”, mentions some tips to prevent the use of drugs; such as parents teaching their children that they can face problems and get ahead without needing to use drugs; provide information about health, economic and legal damages that drug use cause and teach them that the use and abuse of alcohol and tobacco are not necessary for social success.

Finally, the head of the Prevention Unit of the ICD emphasizes that health services play a decisive role and must contemplate the social aspects necessary for the integral satisfaction of all citizens, prevention and treatment of problems associated with the use and abuse of psychotropic substances, always taking into account the family interaction of the drug consumer. 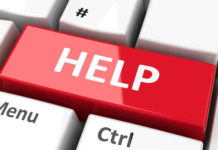 10 Steps How to Help Your Addicted Husband Quit 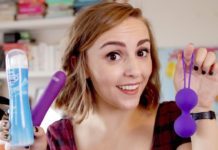 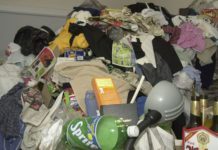 It’s Time for You to Break the Hoarding Habit!