In 2020, France will enforce a ban on plastic cups and cutlery. Exceptions will be allowed for those items created from compostable and bio-sourced materials.  France has become the first country in the world to pass such sweeping legislation.  No other country has yet to embrace or enforce such sweeping measures to ban the use of plastic products. 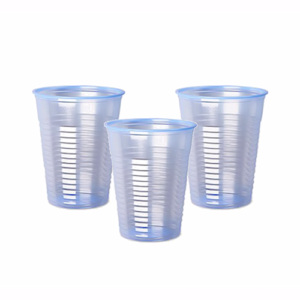 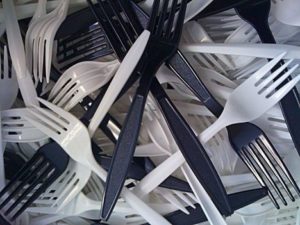 Already in July, France brought in legislation that outlaws plastic bags that are commonly used in grocery stores and markets.  France seems to be fully committed to their Energy Transition For Green Growth Act.  French lawmakers say they are committed to developing a “circular economy” concerning waste disposal, and that includes product design to recycling.

The world is becoming more aware of the wide-sweeping environmental and health dangers that come from using plastic products.  These include biological problems for wildlife when the small particles are ingested, and which then contribute to overall disruptions in the ecosystem.  Environmental activists are also focused on the role those millions of barrels of oil needed to produce these plastic products play in the greater dangers posed by climate change.  It can take up to 450 years for an average plastic bottle to decompose.  The landfill sites around the world are filled with non-recycled waste, and these then contaminate the land and the wildlife population.

While many around the world applaud this new ban, not everyone agrees with the France Socialist government.  This government has made progress in environmental issues one of its primary goals.  While in Brussels some are already arguing that these new laws will violate the legislation in the European Union addressing the free movement of goods, which also protects the plastic products manufacturers.  The Brussel-based association, Pack2Go Europe, has already announced that they will be challenging France’s new ban on plastics, and are encouraging the European Commission to do the same.

Yet all the way on the other side of the planet, Narayana Peesapaty, from Hyderabad, India, has already invented a solution to the need for disposable cutlery.  He has designed edible cutlery – yes, this cutlery is actually edible, just like the food it is used for.  This cutlery has a bio-degradable property that gives it a 3-year shelf-life, yet it decomposes within 4-5 days if it isn’t used.  They even come in 3 delicious flavors to choose from – plain, sweet, or spicy.  According to Peesapaty, “this cutlery is actually nutritious, environmentally-friendly, and even fun.”  This invention started when he realized that many people are in fact highly motivated to make the change and do the right thing, but simply don’t know what they can do.  So he went ahead and did it.

There are other companies also producing choices to replace plastic ware, such as World Centric in California and Fabri-Kal in Michigan.  When there is a commitment to make a change, there is always a way.

Contact Us for more information on how you can support the environment.