Over the years, deforestation in Costa Rica has become more and more constant, which is why a large number of organizations have focused on fighting to reduce this situation and, in turn, people will have greater awareness. 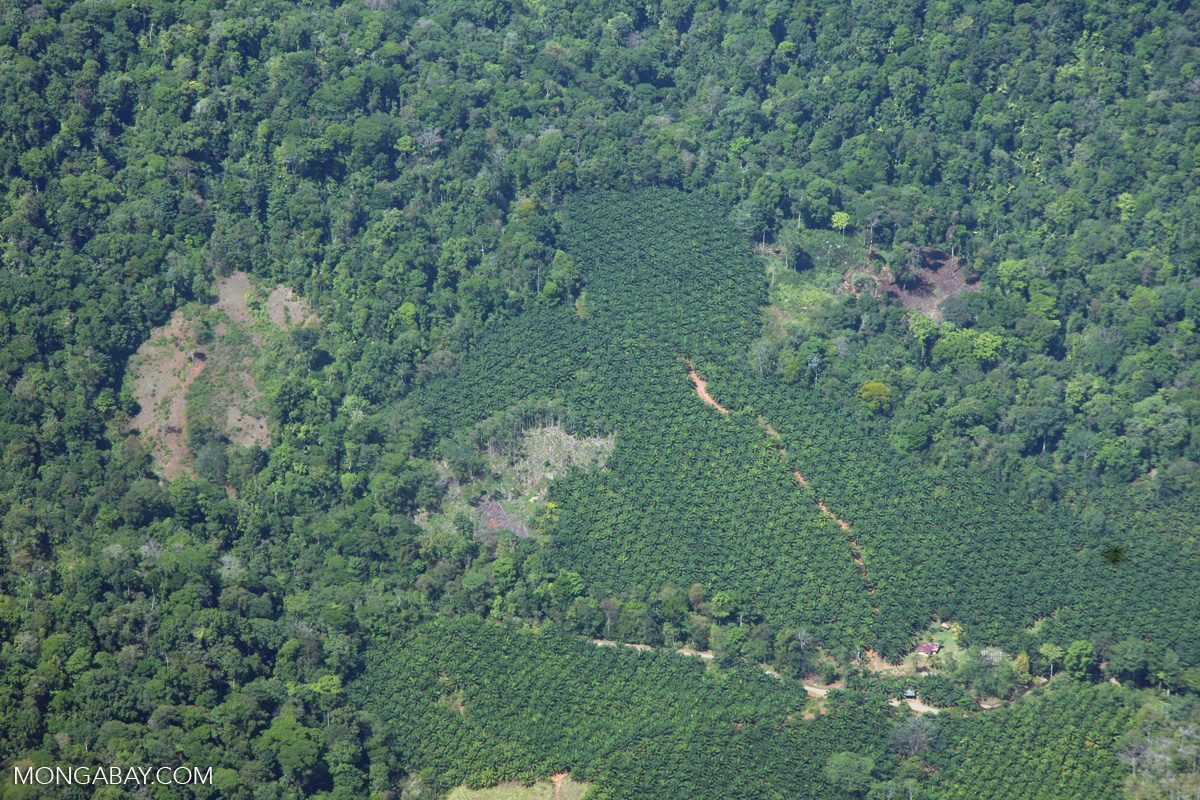 The Central American country remained alert with illegal logging, mainly in Osa and Guanacaste, the most affected areas. Also for falsification of documents and illegal trade in species, such as the ‘cocobolo’. Environmental organizations are working on the restructuring of the Executive Secretariat of the National System of Conservation Areas (Sinac) to respond to cases of illegal logging.

The Ministry of Environment and Energy (Minae) has the guidelines of the National Forest Policy, the State of the Nation Report indicates that, despite the country’s broad forest coverage (52.4%), tree losses are reported in specific areas, particularly the mature forest. It is worth noting that the coverage of the mature forest decreased by around 700,000 hectares between 1987 and 2018.

Another ecological study reported that, although the forest area in protected zones (state and private) continues to recover, the risks are latent. Thus, 63% of the deforested area (124.9 km2) dedicated to pastures corresponded to forest regenerated after 1987. Specialists on the subject, say that within a few decades the tropical forest would disappear from the earth if no decisive and immediate actions are taken to reduce the population increase, as well as find a solution for the sector of the population that lives in the countryside.

According to experts, Costa Rica has one of the highest rates of population growth, also combined with the level of deforestation that it suffers, which is one of the highest in the world. The causes of the increase in deforestation in Costa Rica are not limited exclusively to population growth. Other factors involved in this problem are deficiencies in the credit and capital markets as well as inland tenure institutions. Also among the main factors involved in deforestation are poverty, poor distribution of land ownership, some consumption habits and harmful actions of multinational companies.

Since the Second World War, the population of Costa Rica has increased radically, which has led to the indiscriminate urbanization of areas that belonged to the forest, becoming the main cause of deforestation in the country. It is totally wrong that the population needs to consume natural resources to continue functioning properly, it is necessary to look after the environment for the survival of the human being.

Initiatives to be applauded.

The Ecological Movement “In Defense of the Cypress” began a petition addressed to the Legislative Assembly of Costa Rica. The objective is to request that preventive actions be introduced in forestry legislation to combat the indiscriminate lumbering of trees, which is currently occurring (2019) in the high areas of the north of the central region of the province of Heredia, specifically in the cantons of San Isidro, San Rafael, Barva, and Santa Bárbara.

Deforestation in these areas covers all types of forest species; however, it mainly affects exotic or non-native trees. Within the exotic species, is the Cypress tree (Cupressus). From the legal point of view, the source of the problem arises from omissions and inadequacies contained in the current Forestry Law, number 7575, of February 13, 1996, based on the provisions of Articles 3 and 28. Both articles leave an open gate to the unrestricted cutting of Cypress by the mere fact that the species does not qualify as native, without taking into account that it may be performing important functions in the protection of water resources, environmental balance and in harmony with the scenic beauty of the place where they are planted.

The members of the Movement “In Defense of the Cypress”, expressed that as inhabitants of Costa Rica, they will not continue to allow the cutting of Cypress trees to continue, especially because they represent the freshwater factory that supplies a large part of the Central Valley. Therefore they request that all those interested in supporting sign and disseminate the information to subscribe to the petition at https://www.change.org/p/asamble-legislativa-de-costa-rica-reforma-a-la-actual-ley-forestal-para- protect-the-forests-of-costa-rica? facile = IwAR3uwMG-Vv01Y5l_arZHNGxb8Ont5TLCdiN59f9vYqdumGpp1UTqIo7jTsw Almost 900 people have signed it already.

It is essential to take into account that Costa Rica is recognized globally, regionally and locally for the efforts made in the conservation and management of forest ecosystems, which is enough to understand that more attention should be paid in this matter, for the care, education, and support towards our environment. It must be part of the solutions, putting aside the limitations that can arise in defense of the environment.