The natural beauty of Costa Rica’s Guayabo National Monument is located in the region of Santa Teresita, Turrialba Cantón belonging to the province of Cartago. This natural monument was established to protect and conserve one of the most important archaeological discoveries in the country.

Created on August 13, 1973, and declared as a UNESCO World Heritage Site. Although several theories about the origin of the population founded and occupied the place, most of them converge that it was occupied between 1000 and 1400 B.C. and it is estimated that in its surroundings there were human settlements that in total had approximately 2,000 to 10,000 people.

There is evidence that the site was inhabited for 2,500 years, but based on the strategic geographical position, in the mountains between the Atlantic coast and the Central Valley, and the excellent quality of ceramic, stone and gold crafts it is suggested that the boom period, both culturally and politically, was during the 500 years dating 1200 to 700 years ago.

The archaeological studies that have been carried out here have shown that Costa Rica and especially this site received influences from both North and South America populations, placing it in the so-called Intermediate Area, which covers from the province of Alajuela in Costa Rica to Colombia, Venezuela and part of Ecuador.

Archaeologists infer that this pre-Columbian city was inhabited by people specialized in different fields, led by a chieftain, who exercised political-religious power over a large region. Currently, the causes of the abandonment of the city are still unknown, which was already abandoned 100 years before the Spanish conquest. The most accepted hypotheses are diseases, wars and internal conflicts.

The site was discovered in the 1800s when it was being cleared for crops, especially coffee. In 1882 the first explorations were initiated by Anastasio Alfaro, who was Director of the National Museum of Costa Rica. Many years of little official attention and much unofficial plundering passed, until in 1968 Carlos Aguilar, working through the University of Costa Rica, established a permanent program of study and research on the site, by which most of the current data was collected. In 1973, the Government aware of its importance gave a “protected area” character, beginning with 65 hectares and extending it to 217 hectares in 1980 to include the forested habitat of the Guayabo river canyon.

The skills of the inhabitants are evident, including in the manipulation of water currents, including specialized aqueducts that today still function, transportation of large stones, construction of precision macadam-type alleys, and, through aerial studies, it is presumed that they had active communication among the different settlements, all the way from the coast to the Central Valley.  The most valuable pieces of gold and ceramics recovered are currently in the National Museum.

Importance of this monument.

It is one of the most important and largest archaeological areas that has been discovered in the country. Its preservation allows for the preservation of the archaeological structures such as roads, mounds, bridges, aqueducts among others. Besides, it also protects patches of evergreen vegetation typical of the pre-montane rain forest.

Main discoveries at the sites.

The archaeological area comprises 15 to 20 hectares, of which only a small part has been excavated. Here we find archaeological features such as mounds, stairways, walkways, open and closed aqueducts, water storage tanks, tombs, petroglyphs, monoliths and sculptures, which reveal a high development in civil engineering, architecture, and urbanism.

Mounds: stone bases, generally of the circular base and of different sizes. We find them from 0.50 to 4.5 meters high, with a diameter of 10 to 30 meters.

Roadways: a set of stone roads used as transitways and as part of the drainage system. Some roads extend in different directions of the excavated area, with several kilometers in length.

Aqueducts: closed or open channels to drive water to the desired sites.

Storage tanks: stone structures of rectangular shape, which were used to store the water brought by the aqueducts.

Tombs: they are located in several sectors of the archaeological site. Built with boulders and slabs; they are called drawer tombs. It is important to mention that the graves discovered so far in the Guayabo National Monument were sacked many times in the past.

Artistic manifestations: petroglyphs or engraved stones are the most abundant. They are located throughout the archeological area and have features not yet deciphered. Nine stone sculptures located on the wall of a mound and the fragments of a wooden ceremonial staff found in a water storage tank were also discovered.

The vegetation surrounding the archaeological area is characteristic of a pre-montane rain forest and is made up of dense and green foliage. Forest species abound such as cargo, magnolia, song, higuerón, quizarrá, ran, burio and cedar, covered by a large number of epiphytic plants such as bryllias and orchids.

Among the fauna presented here are birds such as toucan, oriole, swallow, woodpecker, momito, pipía, yegüero and chachalaca and also some small mammals such as armadillo, rabbit, coyote, sloth, squirrel, and pizote. In addition to a large variety of insects and some reptiles typical of the area such as snake, frog, and lizard.

The cultural archaeological value and the fact of been declared a UNESCO World Heritage Site has made that every day the amount of national and international tourism increases, attracted by the scenic beauty of the place but mainly by the halo of mystery amid the archaeological investigations, with archaeologists of the Ministry of Environment as well as the National Museum and the country’s universities in some cases supported by prestigious universities in Europe and the United States.

Interest has increased with the fact that some scholars have linked Guayabo with cultural exchange in almost all of pre-Columbian America. In Costa Rica, artisanal objects and influences have been discovered both from Mayas (from Guatemala), Olmecs and Aztecs (from Mexico and far from the north), as well as from Chibchas (from Colombia and Venezuela), Quechua and Incas (from Peru, far away in the south). Many visitors assure that they feel in Guayabo energy and power of special characteristics.

The “Guayabo administration commission” (in charge of the Conservation Area: “Cordillera Volcánica Central”) is currently implementing infrastructure that allows “ecotourism” oriented towards environmental, archaeological and heritage education focus, giving facilities to the visitors but minimizing the environmental impact, including universal accessibility facilities,  lookout points, rest areas, visitor center, sanitary services, classrooms, reception, nature trails, interpretation bays, etc., most of these already built and several others in progress that have been assigned to the renowned environmental architects Ibo Bonilla and Rafael Víquez, who already have created multipĺe structures in other National Parks and Protected Areas of the Country. 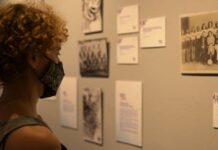 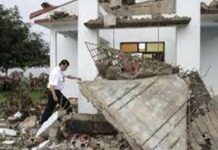