Today we will deal with a controversial topic such as the acceptance of the sexual orientation of each individual;

today in our country it has had a moderate acceptance since in the times of our grandparents the sexual behavior of the individual was too discriminated, which is why the individual hid his sexual drive.

In some parts of the world, there is too much conservative population that is repulsed by these people of non-heterosexual sexual tendencies, all this is also coupled with the influence of the Catholic Church.

Consensual and private homosexual conduct has been decriminalized in the country since 1971. While in 2002 all reference to “sodomy” was removed from the Penal Code.

The Penal Code sanctions discrimination based on sexual orientation and the Executive Branch directly sanctions homophobia in the workplace.

Since June 2015, following a ruling by the Goicoechea Family Court, it has also been recognized that there is a civil union between same-sex couples.

The ruling was based on the interpretation of the General Law on Young Persons and international conventions.

The country has become a destination for receiving LGBTI refugees from the “northern triangle” of Central America (El Salvador, Belize, Guatemala and Honduras), countries that do not have the same rights towards the LGBTI community where persecution and crime occur.

On May 17, 2016, the government, through the vice president in charge, consulted the Inter-American Court of Human Rights, if the American Convention on Human Rights obliged the country to grant recognition to same-sex couples, as the government has promoted through the inclusion of the civil unions law in the executive agenda before Congress, as well as whether it is the duty of the State (in that case of the Supreme Electoral Tribunal) to provide transgender people with an identification according to their gender preference.

The binding ruling of the Court published in January 2018 effectively ordered the country to:

On March 27, 2008, after a request made by the Center for Research and Promotion for Central America in Human Rights (CIPAC).

The President of Costa Rica, Oscar Arias Sanchez, together with the Minister of Health Maria Luisa Ávila, signed Executive Decree No. 34399-S, which declares May 17 as National Day against Homophobia, Lesbophobia and Transphobia, which commits our country to join other world governments to work to eradicate discrimination against its citizens on the occasion of your sexual orientation.

What people still do not understand is that whatever your sexual preference, you are a human being who feels and he suffers like any other and has the same capacity as a heterosexual individual. 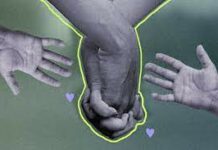 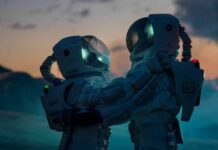 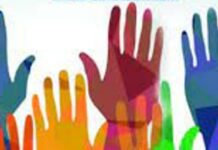