The United Nations System recently congratulated the Costa Rican Government for this “great step”. Likewise, they called on all the political and social sectors of the country to accept and defend this great step in favor of Human Rights. This means the entry into force of “equal marriage” from this May 26th and advocated support for vulnerable populations such as the LGBTIQ+.

Alice Shackelford, the UN Resident Coordinator in Costa Rica, stated that equal marriage “is one more step in the right direction to strengthen equality, non-discrimination and guarantee the fulfillment of all the rights of lesbian, gay, bisexual, trans, intersex and non-binary people.”
Progress already made in recent years by the Costa Rican State in this matter.

One of the advances that have been obtained in Costa Rica is the access of the LGBTIQ+ population to Social Security, the assurance of hormonal treatments for trans people, and the possibility of changing the names on the identity document.

“We will only achieve Sustainable Development if its benefits equally are accessed by all people and if we make its transformative principle of leaving no one behind a reality, a foundation that becomes even more important in the context of the COVID-19 Pandemic and in the necessary action that we must take to support populations in greater situations of vulnerability to overcome this crisis, including the LGBTIQ+ population.” This was stated by the UN coordinator in Costa Rica.

It should be noted that this May 26th expires the 18-month period the Constitutional Chamber of Costa Rica gave Congress to process a law on equal marriage, which did not happen. When the term expires, the articles of the Family Code and other laws that prevent same-sex marriage will be repealed.

The ruling of the Constitutional Chamber upheld an Advisory Opinion issued in January 2018 by the Inter-American Court of Human Rights (IACHR) at the request of the Government of Costa Rican, which it urges the countries of America to guarantee the human rights of the population sexually diverse, including egalitarian marriage.

Deputies in favor of Equal Marriage

Recently it was learned that the deputy of the Costa Rican National Assembly Carlos Ricardo Benavides expressed to all the Chamber of Deputies, the legal, political, and human reasons for not continuing with the discussion of a motion that seeks to delay the entry into force of Equal Marriage.

“Equal marriage is a reality in Costa Rica, no one is going to change it, even if they stall for 18 or 25 months the Assembly approval, the only thing we are going to do is prolong a situation that we should not have prolonged much more.” This was stated by the Costa Rican deputy Benavides.

In the same way, Benavides expressed: “here you have to do a mea culpa, and I do it particularly. I do it precisely because I have been in politics for many years, and I did not warn enough, I did not take care of the solution of such an important issue for Costa Rican society”.

He also called for “not to prevent so many other people from enjoying their love, enjoying their own family and denying the protection that the State is obliged to give to all these people,” Benavides concluded.

The entry into force of Equal Marriage will undoubtedly mark the modern history of Costa Rica and will continue to be a reference for the entire World in the defense of human rights and equality for all. 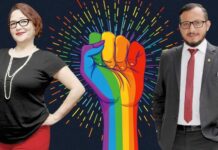 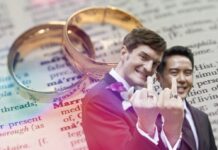 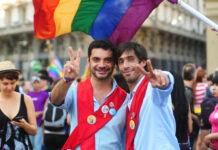 Equal Marriage in Costa Rica Arrives at Half a Year