Western society in the pursuit of profit that is generated by industrial production, has as its goal the conversion of society into a conglomerate of people, which is stunned by the silence it produces, that is, the way in which society manifests creating a homogeneous context in which the individual tends to be a submissive subject that fits perfectly in the design or rational stereotype, which accepts the living conditions without generating any kind of protest.

This process of homogeneity devised from the early days of the twentieth century aims to control any movement of insurrection from the ideological, which motivates a change contrasting with what was thought. The contrast to what is gestating as the homogenization of life underlies the variety of cultural forms of life that solidify the holistic way of perceiving reality. 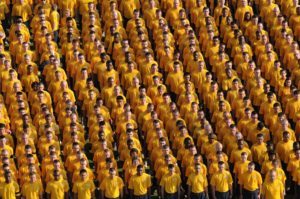 we consider that the homogeneous is synonymous with rigidity and death in the biological and ecological world, such consideration is fulfilled with unquestionable precision. The preservation of diversity as a contrast to homogeneity is fundamental for the conservation of living existence. This preservation of the vital on earth has to do with the development and evolution of varied knowledge, based on holistic science with all the precepts, which the world has to know and analyze, in addition to being accepted in time.

The germination of holistic thinking in our time can be seen as the resurgence of the idea of feedback with a tendency to self-correction. For life to remain in balance and continue its process above the survival level, it involves the level of flexibility, as a variable way of producing life, because the evolutionary unit is not homogeneous. It is in chance, in probability, that the source is nourished as the ideal state within what defines us as participants in the organic cosmos. Or natural. That is, without changes sustained by probability or by chance, as the ultimate objective of the orderly chaos of the system itself, variability cannot occur as a primordial condition of natural selection.

Imagine a thick natural zone, with its forests, its savannah, its rivers, which for every space, however small they may be, forming the great space, have or contain a great variety of life from microorganisms to larger mammals. From a worm to an elephant; between these two milestones the scale is infinite, among them we have the birds and the subgroup of the birds and thus we realize the extraordinary diversity with which nature is shown as a whole, formed by infinite parts in which each part manifests itself with well-defined characteristics that determine them. All this heterogeneous life that manifests as a single being within the natural process, is what gives an impulse to the change that is essential for survival. 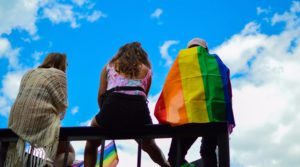 Homogeneity or homogeneous situations, supported by the rigidity of addictive thinking, is not in a position to offer elasticity. Love, wisdom, optimization are constituent elements of an ethic of diversity; functional support of the natural holistic system. As we said at the beginning, Western societies of any political nature, strive to consider homogeneity as a socio-economic factor, which is socially linked to the reality of thought and behavior of the man who makes up these societies. There is a tendency to create a unique way as a life process of societies. In this, lies the problem of what is ventilated as a Western world.

Now, how do we imagine a nature where the full diversity of life prevails, with all its energetic charges of vital evolution and development. Let us also imagine a conglomerate inhabiting an industrial zone, in which homogeneity has a psychological effect on every living being situated within its limits subjected to rigidity and stiffness. This condition defined as the way of life that is generated according to the uncreative taste of the middle class works from the architectural, design and ideals few variables of this social class.

If we observe the industry governed by the inflexible, we would realize that any level of production sustained by the lines or assembly of mono-productive type or agricultural level monoculture, although in general, gives the sensation of the variety of criteria in the social , but the reality is not like that, because the collective thought or the ideas have been fomented from the tradition of the humanism of the Renaissance period in which the survival of the fittest or the pre-eminence of the individual achievement, was definitely what prevailed, as an ideological way of trying to transform abstract ideas into convictions that are naturalized to this day.

For many these approaches have a valid basis, but remember that although for a time or for a country have meaning and is accepted by a good part of society, it is no less true that the condition of being the only way of thinking is transformed into a monomania, which causes the sterility of ideas prescribing a unique way of life and a unique type of man. Then there would be the joy of living together or simply being next to someone other than one or denying the aesthetic possibility of well-being so important for the psychic balance of the human. We reject the other, demanding that everyone be like us with our supposed security, but be predictable, plus all the values and principles that adjust us to a daily life, similar or equal to that of others until it becomes a cliché.

The natural world, as it is seen, is against the rigid, therefore it discards the monotypes, because, it tends to the weakness because it does not have the flexibility in its favor, for that reason it can be destroyed. The types whose base is flexibility, have the particular characteristic that this flexibility, represents being able to count on the survival of variability in its component, which gives it strength by providing the possibility of change, or evolution in its structure. We can keep in mind that systems must have their options in their complex structures, otherwise, they are unstable and vulnerable. Monotypes as a system of any kind, when they have an imperial tendency to want to impose themselves on other systems, have a tendency towards homogeneity, rigidity, not allowing the opposition to their hegemonic status. Otherwise, variability means a threat. It also means not having the necessary flexibility to realize a holistic civilization full of variation, considered of course as the most acceptable condition for human survival.