This February, Costa Rica is holding the slogan “Early Detection Can Save Lives” as part of the campaign against childhood cancer. The golden color, a symbol of the bravery of the warrior children, is the color of the ribbon that presides over this fight.

For the 1st time, Costa Rica officially dedicates a full month to the promotion and social awareness of this terrible disease. Held since 2001, February 15th is the International Day for the Fight against Childhood Cancer, and now will be dedicated one month, the golden month of February, to join efforts for the prevention of cancer in children. That day was instituted in Luxembourg, with the idea of raising conscience and awareness of the importance of making an early diagnosis and immediate treatment.

Early detection is the best method against cancer

In Costa Rica, about 140 cases of childhood cancer are detected per year, which means that a new one appears every 3 days. The main purpose of this campaign is for parents and children’s representatives to know that thanks to early detection about 70% of cases are cured. Although early detection of cancer can save so many children, the problem is that the first symptoms are difficult to recognize.

The Association Fight Against Childhood Cancer (ALCCI), bastion of the national campaign, struggles to instruct the population in the recognition of these indications, being pallor, morning vomiting accompanied by headache, fever for no apparent reason or unknown origin, lumps in any area of the body and malaise are the symptoms that should be paid attention, remembering that prevention can save the child’s life.

What is childhood cancer

It is a type of cancer that occurs between birth and 15 years old. It is also known by the name of pediatric cancer. Childhood cancers are very rare and may differ from adult cancers in the way they grow and spread. It also changes how they are treated, and how they respond to treatment. The most common types of cancer in children include leukemia (begins in blood-forming tissue such as bone marrow), lymphoma (begins in the cells of the immune system), retinoblastoma (begins in the tissues of the retina), neuroblastoma (begins in certain nerve cells), Wilms tumor (a type of kidney cancer), and cancers of the brain,soft tissue and bone,. Although pediatric cancer death rates have declined by nearly 70% over the past 4 decades, cancer remains the leading cause of death from disease among children.

The treatment of childhood cancer is special in a lot of different ways. Children’s cancer is not always treated like adult cancer. Pediatric oncology is a medical specialty focused on the care of children with cancer. It is important to know that this expertise exists and that there are effective treatments for many childhood cancers. There are many types of cancer treatment. The types of treatment that a child with cancer receives will depend on the type of cancer and how advanced it is. Common treatments include surgery, chemotherapy, radiation therapy, immunotherapy, and stem cell transplant. 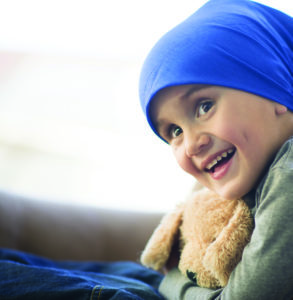 Despite the fact that cancer has been fought for decades, medical advances in this area are delayed and difficult to apply. Before any new treatment can be made widely available to patients, it must be studied in clinical trials (research studies) and found to be safe and effective in treating disease. Clinical trials for children and adolescents with cancer are generally designed to compare potentially better therapy with therapy that is currently accepted as standard. Most of the progress made in identifying curative therapies for childhood cancers has been achieved through clinical trials.

The golden ribbon, the fight for prevention

The campaign promoted by The Association Fight Against Childhood Cancer, starring the hashtag #MesDorado, will continue until next March 1st. Under the premise of reporting on the symptoms, treatment, and characteristics of different types of cancer, this campaign applauds the courage and strength of children who are exposed to this tragic challenge, pointing out the importance of early detection of the disease in order to save the life of the little brave. 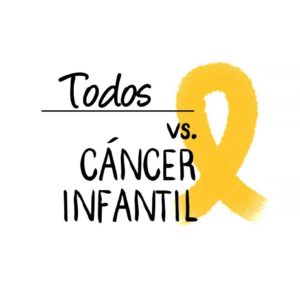 As part of the informative actions, Alcci enabled the website: http://www.alccicr.org/mesdorado where parents and family members can find detailed information on how to detect childhood cancer early.

Remember that although you cannot fall into paranoia, the knowledge of possible symptoms as well as the assistance of a doctor to discard them or discover the disease early can increase the survival of the child by 70%. The Costa Rican campaign of the golden month seeks to raise awareness in society, awareness of the reality of childhood cancer and ways to prevent it. All the children of the world, without distinction of race, religion or class, have the right to receive all the possible help to fight cancer. Join the fight against childhood cancer, join the golden ribbon!