Brazil, Chile and Peru have also seen significant improvement by rating agencies as the economic downturn did not have as great an impact as compared to more developed countries. 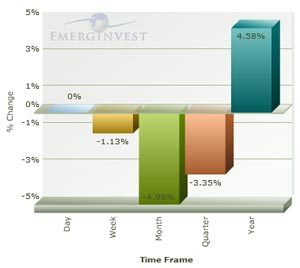 Analysts say there was no significant deterioration of public debt, and coupled with pro active fiscal adjustments, reduced the need for external financing.

Costa Rica’s economy weathered a shallow recession last year and is now recovering, on all fiscal fronts. Significant capital outflows and pressure on the nation’s currency during the crisis didn’t compromise the nation’s external position.

It is anticipated that in the next 2 – 3 years any fiscal deterioration will continue to improve and will lead to further consolidation of debt, but tax reform or other revue generation measure will be necessary as expenditure increase in recent years has a long term component.

Costa Rica’s rating was lifted by a notch to Baa3; the outlook, which had been positive, has been revised to stable.