Costa Rica Will Prioritize Tourism as a Response to the Pandemic

Costa Rica announced this past week a prioritization of the Tourism sector...
Read more

A school that had been set up to house police forces serving...
Read more

Solar energy is an environmental solution that must be deepened worldwide. Currently,...
Read more
TCRN STAFFhttps://www.TheCostaRicaNews.com
Creating a Conscious alternative news network that we feel the world needs. Pura Vida!

The world grows more parlous with each passing month, with no sign of genuine hope for humanity’s future. Here in ‘the greatest country in the world,’ the idea and image of America is gone, and depression grips the land (it’s not the economy stupid). 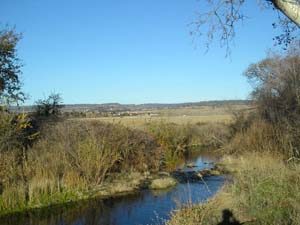 One leading pundit breezily, and eerily, likens the situation in this country to 1938, almost lamenting that there can be no world war this time to pull us out of depression and set us on the road to decades of prosperity.

Another prominent pundit rightly says, “Most everyone, regardless of age or calling or politics, is at war — not with terrorists, but with depression, with their consciences and with one another.” But then he rhetorically and weakly asks “why a candidate so attuned to the nation’s pulse, most especially on the matter of war, has grown tone deaf in office.”

When a nation loses its soul, it no longer matters to God or humanity until it regains it. For there to be a rebirth, enough of its citizens have to deeply acknowledge and feel sorrow for the death of their nation’s soul. America still seems a long way from that, but one never knows.

The issue is humanity as a whole in any case, not any one country, however important it was or self-important it is. So what does the crisis of human consciousness have to do with the living individual, with you and I?

That is either a right or wrong question, depending, as we used to say in California, on where you’re coming from. If the fundamental attitude is one of individualism (that is, the person set apart from the rest of society), then the attitude is the problem, not its resolution.

But if one takes the whole view, which entails a sense of responsibility and not separateness on the part of the individual, then there is the possibility of true exploration and insight.

Ralph Waldo Emerson, perhaps the most prominent American thinker of the 19th century (he was born near the beginning and died toward the end of it), wrestled all his life with the question of “society and solitude.”

Emerson was the foremost proponent of Transcendentalism, which included other heavyweights such as Henry David Thoreau and Margaret Fuller. Though considered a pastoral and eccentric idyll by most historians, Transcendentalism was in fact a strong counter-current in the mind and spirit of America until the 1920’s.

In keeping with the Transcendentalists’ concept of nature, Emerson believed in a non-hereditary “Aristocracy as an interest of the human race.”

He disdained “the inextinguishable prejudice men have in favor of a hereditary transmission of qualities,” adding, “it is in vain to remind them that Nature appears capricious.”

The Transcendentalists were still living in the shadow of European aristocracy, which the American and French Revolutions overthrew politically but not culturally. But Emerson and his friends were also appalled by the tendency toward social conformity that had taken hold in the new United States.

Social conformity, rather than the development of spiritual insight and character in the individual, became the dominant religion of America. So much so that in recent decades the false egalitarianism generated a complete debasement and vulgarity of culture, in every sense of the word.

Ironically, the debasement and vulgarity of culture have extinguished “the inextinguishable prejudice men have in favor of a hereditary transmission of qualities.” But a nation and age of world-weary depressives cries out for a deeper remedy than another economic stimulus.

Therefore Americans at least will have to deal with an even more inextinguishable prejudice—the reaction that “the superiority in my companion is inferiority in me.” For as Emerson also said, “if this particular companion were wiped by a sponge out by Nature, my inferiority would still be made evident to me by other persons everywhere and every day.”

The deeply held illusion of ‘individual human consciousness’ gives rise to comparison, which prevents each of us from inwardly growing to our full potential. Comparison, which is the essence of grasping and greed, not to mention ‘the American dream,’ is inherently and irreconcilably false.

At a deeper level, the self-knowing person sees that there is a great paradox in life: We are at once individuals, responsible for our own souls, but at the same time our consciousness is not separate from the consciousness of humankind as a whole.

We are all streams and tributaries flowing into the immense river of human consciousness. And when we daily clean our portion of that vast current, we positively affect the entire polluted river to some degree.

When it comes down to it, that’s all any of us can do.

Costa Rica Will Prioritize Tourism as a Response to the Pandemic

Costa Rica announced this past week a prioritization of the Tourism sector...
Read more
News

A school that had been set up to house police forces serving in border areas, this morning...
Read more
Environment

Solar energy is an environmental solution that must be deepened worldwide. Currently, in Costa Rica, there are...
Read more
Economy

Global Economic Sectors Most Affected by the COVID-19 Crisis

Every time an adverse social, political, cultural and technological event is unleashed in the world, its consequences in the economy sectors are usually quite brutal.
Read more
Economy

The project "Law of Moratorium on the Value Added Tax for the Basic Food List, Home Rentals...
Read more
- Advertisement -