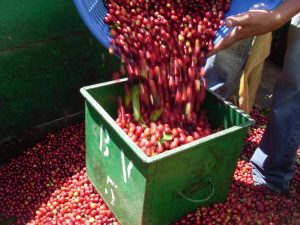 The figure corresponds to sales of Colombia, Costa Rica, El Salvador, Guatemala, Honduras, Mexico, Nicaragua, Peru and Dominican Republic, said the report. However, in the case of Costa Rica and El Salvador, the report indicates a decrease.

A breakdown of the figures, the Dominican Republic reported the highest growth in exports with 158.34% and 137.5% with Nicaragua.

The fact that coffee sales in the region have tended to rise in the first quarter, despite a plague of blight affecting the coffee plantations in Central America, is because there was “a drag” or balance of product from the previous harvest.

However, ANACAFE estimated the impact of the rust plague, which affects 65% of the 933,000 hectares cultivated in Central America, will begin to be felt in the coming months and will clearly at the end of the harvest in September.

National restrictions are now lower than those imposed in March 2020, but they continue to limit travel options. Between Nicaragua and Costa Rica the...
Read more

In past articles, we have highlighted that technology is a science applied to problem-solving. It provides the human being with tools. These allow them...
Read more
- Advertisement -