Costa Rica will receive in November four of the eight-passenger trains that...
Read more

Costa Rica announced a relief in the health restriction measures, which would...
Read more
TCRN STAFFhttps://www.TheCostaRicaNews.com
Creating a Conscious alternative news network that we feel the world needs. Pura Vida! 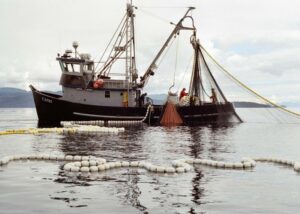 Costa Rica and Spain have signed two cooperation agreements to promote the development of their fishing and aquiculture sectors, a senior Costa Rican government official said on Tuesday.

Flores also said both countries were interested in cooperation on research, promotion of production, the sustainable management of the environment and fishing.

According to the agreements, Spain will provide technical and legal assistance to establish a Network of Marine Reserves along the Costa Rican coasts.

“We have worked a lot with Spain and we are sure that our commercial ties will be boosted,” Flores added.

Costa Rica will receive in November four of the eight-passenger trains that it bought from the Chinese...
Read more
News

Costa Rica announced a relief in the health restriction measures, which would come into force today in...
Read more
News

This past Monday 10th the decree that modifies the vehicle circulation restriction was published in the Official...
Read more
News

The agricultural sector has a high participation in Costa Rican exports, in 2019 alone, it reached 24% of the total (that is, $ 2,764 million, + 3% average variation 2015-2019), making it the second most important sector in the country, behind precision and medical equipment
Read more
- Advertisement -

Will Water Pollution in Costa Rica Continue to Go Unpunished?

A few days ago, the Environment Commission of the Legislative Assembly passed the draft Law 20,212 called: "Law for the Integrated Management of Water Resources"
Read more

In response to the last community inspection carried out on Sunday, June 21st, 2020, where photographs were taken with a drone
Read more

The presidency of the Costa Rican Electricity Institute (ICE), declared that they are not going to provide...
Read more