Although breast cancer is much more common in women. Men can have...
Read more

Immersed next to Playa Flamingo in the quiet town of Potrero, Playa Potrero is quiet and serene
Read more

In the Huetar indigenous territory, there is Tabacari, in Spanish "Santuario de...
Read more
TCRN STAFFhttps://www.TheCostaRicaNews.com
Creating a Conscious alternative news network that we feel the world needs. Pura Vida! 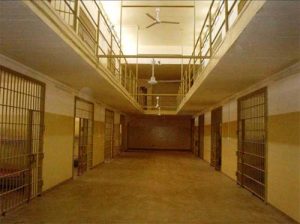 The British ambassador in San Jose, Sharon Campbell, said that this is an initiative supported by the government and made by Costa Rican non-governmental organizations which seek to create “a society that respects and protects children.”

“These are tools that will help the legal system, so that penalties are more appropriate to the crime,” said the diplomat.

The reform, which came into force in November, increased the penalty for carrying pornographic materials from 1-4 years in prison to 3-6 years.

“Costa Rica is known as a country that upholds human rights both internationally and domestically,” said the ambassador.

Campbell said he was “very happy” and praises the “commitment of Costa Rica to protect minors and human rights of the most vulnerable, the children.”

The project was driven by the NGO Alliance for Your Rights, with the support of the British Embassy.

The bill was passed by Congress last October 23 and signed by the country’s president, Laura Chinchilla, in late November.

The British ambassador said his country will continue to support projects in Costa Rica that support women to create business policies in favor of human rights, among other areas. ACAN-EFE

Although breast cancer is much more common in women. Men can have...
Read more
Travel

In the Huetar indigenous territory, there is Tabacari, in Spanish "Santuario de las Aguas" (Water sanctuary), a...
Read more
Travel

Playa Carrillo a Beautiful Tropical Paradise for You

Carrillo Beach. This beautiful beach is located on the Pacific Ocean in North Costa Rica, very close to Playa Sámara, about 50 km from the city of Tamarindo
Read more
Environment

The Museum of Insects, founded in 1962, seeks that its visitors know the biodiversity of our country and also learn the importance and benefits that insects have in our environment
Read more
- Advertisement -

The rapid growth of cities is a major challenge for countries, mainly in Latin America, where urban areas are developing at an...
Read more

80% of Costa Ricans said they agree that "protesters have the right to express their points of...
Read more

Costa Rica will open air borders to all countries in the world as of November 1st, four months after it began allowing...
Read more
- Advertisement -