The global scope of cyber crime continues to grow, and cyber criminals have discovered that malicious data encryption followed by a ransom demand can be very profitable. Many companies admit they often pay the ransom.  “From financial institutions, government agencies, academic institutions to hospitals, any organization can be the focus of an incident caused by ransomware.”  In addition, the rise of criptocoins remains one of the favorite cyber attacks. 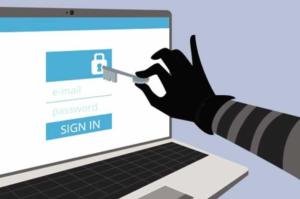 The best way to protect data and assets is to implement comprehensive cyber security measures that cover everything from infrastructure and storage to mobile networks, all accompanied by the awareness and education of employees.  Moreover, it is essential to backup data regularly so the company is not in the position of having to choose between paying the ransom or losing their data.

In addition, other threats that can’t be overlooked are intentional leaks of information (because of employees or suppliers), and involuntary leakage or weaknesses in security systems.  The Institute of Internal Auditors of Costa Rica reports that “the issue of preventing data leakage (PDL), cyber attacks and crimes that use the company’s own tools of Communication Technology and Information (CTI) will be analyzed”.

The Association of Professionals in Informatics and Computing, CPIC, and the Costa Rican Community Information Security forces are alerting the national community about the current challenges of the Costa Rican network against cyber crime.  This relates specifically in connection with the arrest by the OIJ, and as a result of an investigation by the FBI, of a young student linked to cyber crime activities in the country.  In addition, they called on the government to, within its priorities and as soon as possible, establish stronger telecommunications within the country.  The government has been encouraged to provide the necessary resources and education to the authorities for the defense of Costa Ricans and, in particular, children in cyberspace.

Costa Rica, unlike what most people think, is a country full of opportunities for hackers’ shelters. The network policy is full of holes that make it ideal for unethical individuals to hide, and from within the country, select their next victims.

The national network has a value relatively large at the local level because it has the largest banking system in Central America and the Caribbean, and a more sophisticated technological capacity in many sectors.  It’s represented as a strategic point where thousands of daily connections bounce back to achieve the objectives of greater value to the north of the continent, Asia and Europe.

We are a tunnel where the cyber criminal can easily cover their tracks, refuel and change shape, as many drug dealers and other ordinary criminals see Costa Rica as a bridge.

Certainly they are a leader in the region with regards to internet penetration. As leaders, also in technology and human talent, they have begun to grow in popularity and relevance in the sector. Costa Rica already has a significant number of individuals with the capacity to cause significant damage to the country and its infrastructure.

The troubled world of DeepWeb has an immediate appeal to the younger and inexperienced web users, who in the beginning were called “script kiddies”.  They can, in a few hours, learn to undermine their neighbor’s WiFi and “sniff out” banking passwords.  They can easily develop an attack via email “phishing” against their teacher and academic institution for the simple fact that they did not get the grades they wanted. The lack of efforts and resources to raise awareness and educate about this technology can result in a very large bill to Costa Rican society in a very short period.

This comes as a warning to increase education and awareness efforts in the area of cyber cime in the country. This 24-year old resident of San Rafael de Heredia was condemned after evidence suggested that he was starting to build a “bot net”, which is a set of networks of software robots, or bots that run autonomously and automatically.  Under Article 230 in the Penal Code, he may receive 3-9 years imprisonment. The Costa Ricans have a right to feel safe, not only on their streets but in the cyber networks as well. Everything indicates that the picture only tends to get worse as the years pass and cyber warfare intensifies.

Individuals do not need to have exceptional skills to make bad decisions on the internet, and start the wrong use of these tools.  Limiting access to the network and the use of technology is not the solution. It is more effective to model good behavior and ethical action, showing the reality and its possible consequences in the commission of an offense. 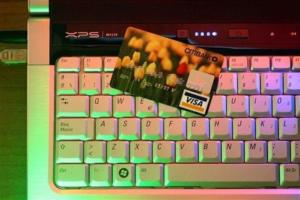 TIPS TO PREVENT A CYBER ATTACK