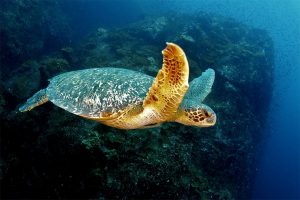 Costa Rica News – A formal investigation was launched this week to determine the cause of death of approximately 280 sea turtles in the Gulf of Dulce, on the southern Pacific coast, a situation that was denounced by environmentalists, the Costa Rican Environment Ministry said.

“The initial aim is to collect information and verify if it was … caused by human action,” the ministry said.

The alert over the finding of the dead turtles was given by the environmental organization Widecast, which had received a report from residents of the Osa peninsula.

The reports of the environmentalists say that along with the turtles, other sea creatures had turned up dead along the coast, including sailfish and marlin.

Although authorities have not yet been able to determine the turles’ cause of death, some hypotheses point to fishing in the area using lines that may be several kilometers (miles) long.

Environmental officials in Panama, meanwhile, said Tuesday that they had begun an investigation to learn why sea life has been dying in the region around the Gulf of Chiriqui, Coiba and Puertos Armuelles, on the country’s Pacific coast.

A group of tourists was surprised two days ago when they observed several killer whales hunting in the Pacific waters of Costa Rica. The...
Read more

Artificial reefs have become a key step towards the recovery of marine life in Costa Rica, thanks to their benefits for maintaining fish diversity,...
Read more

Costa Rica climbed in the Human Development Index (HDI) in 2020, after the UN for the first time incorporated criteria on environmental protection in...
Read more
- Advertisement -