Costa Rican coffee is the best! You come to appreciate it more when you travel to other...
Read more

Explore the unknown of the Islands and Wetlands of Costa Rica. If you are looking for an...
Read more

Finding yourself in Costa Rica and knowing that there is a dream beach, of so many that...
Read more
TCRN STAFFhttps://www.TheCostaRicaNews.com
Creating a Conscious alternative news network that we feel the world needs. Pura Vida!

Costa Rica celebrated World Tourism Day with the inauguration of the Port to Port route, a new adventure and attractions between Puerto Jiménez and Ciudad Cortés, in the South Pacific of the country.

The Minister of Tourism Gustavo Segura made the inaugural crossing of the route, as well as was at the premiere of the El Embarcadero Historical Walk, in Ciudad Cortés, a project led by the Osa Chamber of Tourism (CatuOsa), in coordination with the Municipality of Osa and the support of various state and private entities and the community.

Segura highlighted that this year, World Tourism Day is dedicated to the capacity of the tourism industry to create opportunities outside the big cities and preserve the cultural and natural heritage; what better place to celebrate it than in the Osa Peninsula, the cradle of rural tourism in Costa Rica.

The Osa Peninsula -concentrates more than two percent of the planet’s biodiversity- has unexplored places and tourism is a vehicle for the economic reactivation that the country urges, without the need for its inhabitants to migrate to seek income and development in other regions of Costa Rica, Segura pointed out. 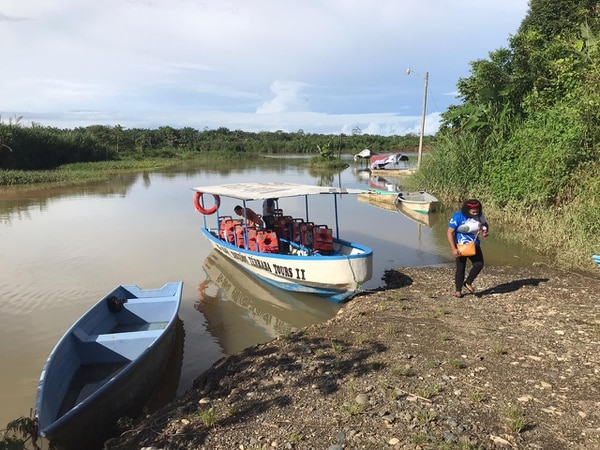 The Minister of Tourism congratulated the promotion of sustainable tourism, being leaders in friendly practices, environmental conservation and having signed an agreement with its partners not to use plastic, migrating to the use of products that are friendly to nature.

It was the first time in 28 years that this important date was celebrated in the South Pacific of the country, says a press release from the Costa Rican Institute of Tourism.

The Port to Port route includes attractions present between Puerto Jiménez and Puerto Cortés such as the historical and patrimonial elements of the center of both towns, the Matapalo reserve, little explored dream beaches such as Backwash Beach, the mangrove swamp and Sierpe wetland, the Museum of the Spheres in Finca 6 and the pier in Puerto Cortés.

Costa Rican coffee is the best! You come to appreciate it more when you travel to other...
Read more
Culture & Lifestyle

Explore the unknown of the Islands and Wetlands of Costa Rica. If you are looking for an adventure and not the kind...
Read more
Culture & Lifestyle

Finding yourself in Costa Rica and knowing that there is a dream beach, of so many that the land of “Pure Life”...
Read more
Health

Attention Women: Touch Yourself and Save Your Life

San Isidro del General is a town, and head of the canton of Pérez Zeledón, south of the province of San José in Costa Rica Stop for a moment (or more) to enjoy the atmosphere
Read more
- Advertisement -