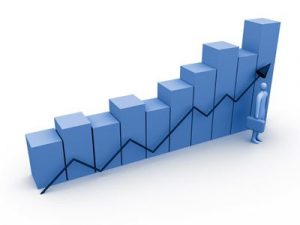 While often overshadowed by its larger Central American and South American compatriots there is no doubt that Costa Rica has weathered the storm of the worldwide economic downturn better than most. Despite the fact that the World Bank has issued a reduced growth forecast for the Costa Rican economy during 2013 there are still many reasons to be positive.

This is an area of the world which is very often overlooked by investors despite the fact that 100% of citizens graduate high school and nearly 80% graduate college according to official government statistics. This has given a great basis on which to grow the economy, expand the reach of Costa Rican companies and also fight the ongoing economic winds currently blowing through Europe.

The Costa Rican economy grew by 4.6% during 2012 which was well above the worldwide average and indeed one of the best performers in Central America. Initially there had been expectations of a 4.8% increase in economic growth during 2013, as forecast by the Costa Rican Central Bank, although recently this forecast has come under intense scrutiny. Indeed the World Bank has today confirmed that in its own opinion we will not see growth in excess of 4% during 2013. Where does this leave Costa Rica?

Even though there has been a significant reduction in growth forecast for 2013 the country will still be amongst the top three in Central America. It is perhaps the dependence on the US and Europe which is causing some confusion in economist circles but we must not lose sight of the wider picture and the fact that the economy is well set to withstand any further economic turbulence in other areas of the world.

Over the last few weeks we have seen concern and confusion in North America, with the US federal budget agreed at the last minute and no agreement as yet regarding the debt ceiling, further confusion within Europe with Britain now suggesting a phased withdrawal from Europe if closer political ties are forced on member states. When you also take into account the fact that the euro is still very much in the doldrums the relative dependence of the Costa Rican economy upon Europe and North America will have an impact.

The US economy has threatened to pull away from the economic downturn on numerous occasions only to fall at the final hurdle and struggle to regain its feet again. The European situation has quite literally been brushed under the carpet even though the euro is still under significant pressure and leaders have yet to agree a cast-iron plan for recovery. While historically these issues may have destabilised the Costa Rican economy this is not the situation today as it is a very different animal to that of years gone by.

Central American and South American economies have continued to prosper even against the terrible worldwide economic backdrop and this has led to significant inter-trade between the various countries. We’ve also seen countries in the area coming together to form trade organisations allowing them to negotiate much better trading terms with international partners than they could ever have envisaged before the worldwide downturn. This has attracted the attention of overseas investors to the region although countries like Costa Rica have seen a slight downside because this inward investment has strengthened the Costa Rica currency which makes Costa Rican companies less competitive in the export market.

As a consequence the Costa Rican government recently announced plans to limit the inflow of foreign investment into the region which should to a certain extent reduce upward pressure on the exchange rate. If the exchange rate was to weaken, or at worst stabilise, this would allow Costa Rican exporters to plan further ahead with courage and conviction in the knowledge that the government has effectively put a ceiling on the domestic exchange rate against the dollar and the euro. We’ve also seen an increase in prosperity amongst the Costa Rican people which has led to increased consumer spending within the country and a better standard of living for many.

The future of Costa Rica

While Costa Rica has a population of just over 4.3 million people it is a country which is very often overlooked by international investors. This has changed over the last few years as the North American and European economic crisis continues and investors have been looking elsewhere for up-and-coming economies and areas of strong trade. The fact that the Costa Rican government recently announced plans to limit the inflow of foreign investment into the country, as a means of reducing the strength of the local currency, shows that they have their “eye on the ball” and are being proactive rather than reactive.

Recent confusion regarding forecast economic growth in 2013, predicted at 4.8% by the Central Bank of Costa Rica and 4% by the World Bank, does not help the situation but the reality is that even growth of 4% is well above the European and North American average. As and when major overseas markets improve we will see further trade between Costa Rica and the likes of the US and Europe, which will further strengthen the economy and bodes well for the future.

Central America and South America have become investment magnets during these difficult economic times in North America and Europe and in reality this should continue for the foreseeable future. The 1990s saw the technical collapse of Brazil, which was on the verge of defaulting on national debt before an IMF bailout, although we have certainly come a long way since those dark days. The Brazilian government was able to pay back the enormous IMF bailout loan two years early and is currently leading the South American economy to higher ground.

A long-term approach to the Costa Rica economy is now paying dividends, investment in education has been paramount to this return and the economy is still growing at a rate which many European leaders can only dream of. Despite uncertainty about the exact rate of growth expected in 2013 rest ensured that Costa Rica is in a far stronger position than many of us give it credit for.