In a landmark decision, the Chamber approved in a debate the use of marijuana for medicinal and scientific purposes. Within weeks the law will be sanctioned by the President of the Republic.

In one of the countries hardest hit by drug trafficking, such as Colombia, it did not stop the historical decision made on Wednesday by the House of Representatives with large majorities approving the law regulating the medicinal and therapeutic use of marijuana nationwide. 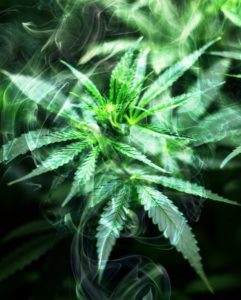 The project, idea coming from Liberal Senator Juan Manuel Galan, was discussed for ten months, first by the Senate and then by the House. Despite the many criticisms that the idea initially had due to its identification as the prelude to the full legalization of marijuana, the discussion underwent a huge transformation, almost to the point that the support of the initiative was unanimous (See also: Medical Marijuana: one step from becoming law).

However, Galán suffered more than necessary to receive the support of the House. On Tuesday, in the first attempt to vote, he lacked three votes to pass the bill, which he earned just 24 hours later. History will show that 83 approved the initiative and only three rejected it.

Despite being approved last debate, before passing it along for presidential approval the Senate and the House must reconcile the texts. It is essentially a formality, as the political decision of Congress has already been decided.

Although last December the government issued a decree to regulate the medical and scientific use of marijuana, Senator Galán said the law is necessary because the decree has some gaps or gray areas and does not give legal certainty on the matter. “Tomorrow a president or a minister may overthrow this decree. That does not happen with a law. Here we are giving legal certainty. “

However, recognized Galan, that decree also became an impetus for the initiative, as it represented a kind of endorsement added by the Government. President Juan Manuel Santos, in several national and international scenarios, called for the regulation of the medical and scientific use of the plant.

With the decision of the House, this law constitutes a new initiative that aims to shift the fight against drugs.

The law passed by Congress regulates the planting, cultivation, and distribution of marijuana, which is currently under government monopoly. They establish the necessary means to issue licenses for growing conditions and distributes harsh penalties for those who contribute to the illicit drug trafficking (Read: This is the decree that will regulate medical marijuana).

Also, the law establishes fees for the granting of licenses and establishes penalties for licensed growers who commit irregularities.

According to Senator Galan, the law empowers the Ministries of Health and Justice to further evaluate monitoring and control the licensing system, as well as health conditions that are required to meet those who are authorized for the cultivation of cannabis (Read: These would be the pioneers in the market of medical marijuana).

It also establishes a special regime in which in addition to parental consent, individuals are authorized to only one class of marijuana with THC zero, i.e., without any psychoactive component level.

Similarly, there is a fund created that will be fed with part of the money raised by product licensing, which will serve to advance prevention strategies against consumption. “This fund will ensure that schools have the resources to invest in prevention, to train teachers in prevention, and therefore enable students to develop healthy environments, or improve sports infrastructure in schools,” said Gallant.

With the decision of Congress, Colombia becomes the fourth country in Latin America to have legislation on the use of marijuana for therapeutic and palliative uses. So far, only three other countries- Chile, Puerto Rico and Uruguay- have taken this step.

In Chile, a law from 2014 legalized the medical use of marijuana, and in April this year, they harvested the first planting of cannabis for medicinal purposes authorized by the national government, with the aim of benefiting 200 cancer patients (See also: Paradise marijuana is in Chile). 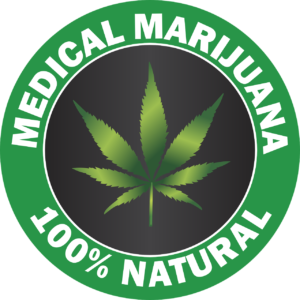 In Puerto Rico, the medicinal use was legalized by an executive order of the governor of Puerto Rico, Alejandro García Padilla.

While Uruguay, perhaps the most revolutionary country in the matter, passed the law on 10 December 2013 which regulates the market for this plant through its production (state-controlled), marketing, possession, and recreational and medicinal uses, as well as its use for industrial purposes. Uruguay became the first country in the world to legalize the sale and cultivation of marijuana completely.

In the rest of the region the use of the plant remains illegal, and in countries like Brazil, Argentina, Costa Rica, Ecuador, Mexico, Peru, and Venezuela the consumption is decriminalized. In countries like Bolivia, Cuba, El Salvador, Guatemala, Haiti, Honduras, Nicaragua, Panama, Paraguay, and the Dominican Republic, marijuana is illegal for both recreational and medical use.

For senator Juan Manuel Galán, to have a legislation in the matter is encouraging news for millions of patients with potential for chronic, terminal and catastrophic illnesses that today are forced to extract out of pocket large amounts of money to undergo not always completely effective treatments.

“Now we can access a substance that helps control pain and improve their quality of life,” says Gallant. “There are more than enough studies on the remedial properties of marijuana and other very promising research which can predict that in a few years marijuana will not be solely curative, but palliative as well.”