Dental Tourism has taken off over the past decade, and more people than ever are considering taking their teeth across borders for treatment.  The biggest question that faces most prospective Dental Tourists is where to go for care; Europe, Asia, the Middle East and the Americas all have Dental Clinics vying for their business.  Unfortunately, many Dental Tourists first consideration is saving money, so some end up in certain unruly countries where they think their Dollars will take their smile further.

It is widely known that foreign labor costs in less developed countries are lower than those in the U.S., and countries undergoing hardships or currency meltdowns send signals to bargain hunters of all types like Red-light Specials at Kmart. Sure, the bottom line is important, but those who focus too much on that can end up in a situation that is even worse than visiting the local Dentist they are trying to escape due to high costs or less than satisfactory care.

That said, dental tourism remains a very viable, sensible and great alternative for thousands of people each year.  Obviously, there are many different reasons people may choose one destination over another, and one destination is certainly not right for everyone. Keeping that in mind, here are some thoughts on where NOT to go if you are a Dental Tourist seeking treatment in a foreign country.

This seems like a no-brainer, but so does going to North Korea for anything; yet every year Americans travel there for one reason or another.  The visible guns and control of every person’s movement should be your first warnings.  The fact that you will likely not see anyone except the Supreme Ruler and his closest confidants (mostly Generals) smiling should give you some cause for pause, and consideration for more due diligence.  Unfortunately, evidence leads me to believe just about anyone in the country could be thrown into a prison camp if they are caught showing teeth for any reason – to eat, opine, or perish the thought, smile.

Most reports I have read maintain that people appear to walk around in a daze, likely from lack of food and rest.  Those who find enough food to survive need most of their strength to work long hours building bigger and more impressive rockets and missiles, or parade around in military costumes.  Others stay holed up in their homes or work camps listening to the government propaganda – which reports say is difficult to escape…almost as difficult as escaping the country itself.  Seeking dental care? Avoid the Armpit of the Orient, and if you live in that region or seek treatment in Asia, I suggest you consider Thailand, South Korea, or China as alternatives.

A close runner-up to North Korea, Iran shares many of the same selling points as the most reprehensible place on the earth, just in Farsi.  Similar State controls and cultural nuances make getting straight talk difficult, and straightened teeth or good dental care a Persian version of the Holy Grail.  While the Government sponsored Mullahs and Professional Torture Masters have probably perfected extraction techniques, non-Iranian Dental Tourists should think about alternative destinations.  Setting aside fears of radiation, due to the presence of uranium that is to be used for energy (not nuclear bombs), Iran remains an unpredictable place. No deaths of Dental Tourists have been reported, but Americans seem to run into all sorts of problems there, and many are detained for extended periods – sometimes years. 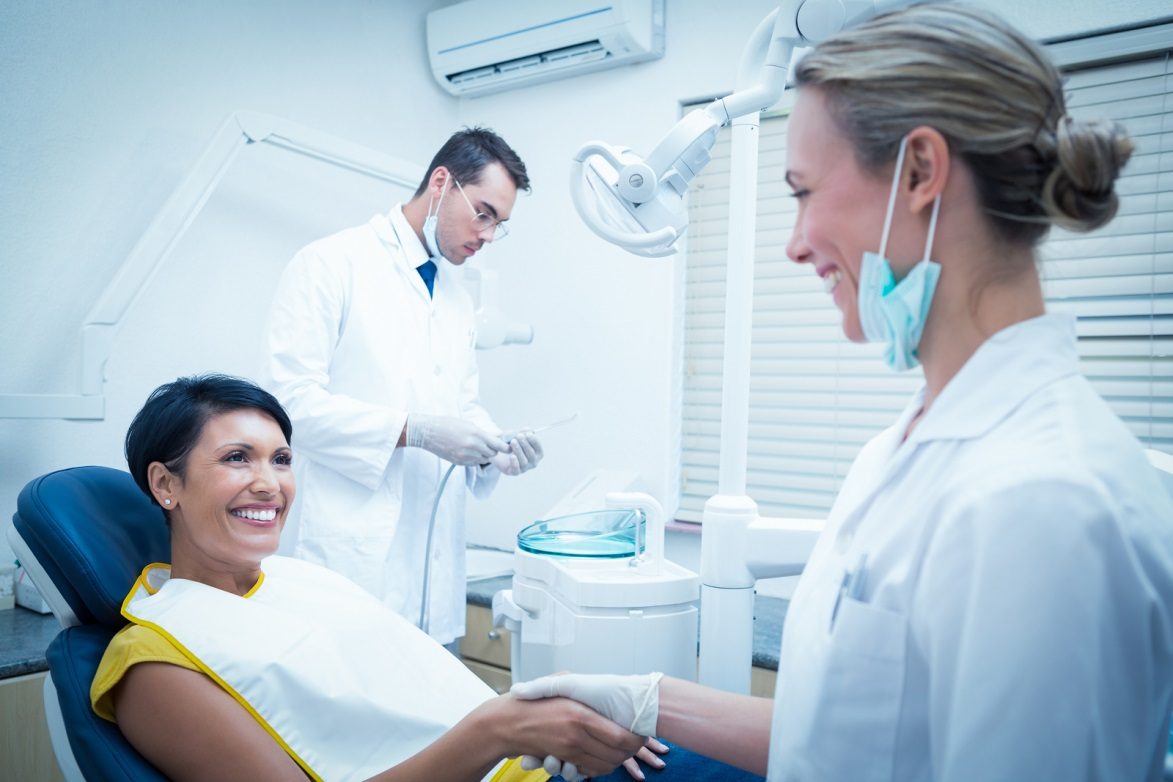 I am not an expert on the Middle East, but I believe if you go to Iran for dental care you stand an equal chance of getting thrown in prison as having your smile restored to satisfaction.  While the 21st century has seen many technological advances, and Iran has a large population of smart and educated people, common sense dictates that you may want to wait another few decades to head there for medical or dental procedures, at least until a less egregious Administration is in place.  If their oppressive regime is dismantled and their people transition into a tourist-friendly country, they may be able to become a strong player in the industry.  But if you want to visit the region anytime soon, for sure Dubai or the United Arab Emirates will be safer choices.

Long touted by American Leftists, self-proclaimed Socialists and Communists as the “Must Go Place for Medical Care”, this active International Patient Coordinator and Medical Correspondent thinks that a bit silly.  Most of their cars appear to be 1950’s vintage or from Russia – which is known for producing shoddy goods.  Do you think their dental care is likely to reflect 21st-century innovation and standards?

Most people realize that a country with questionable hygienic standards and an infrastructure that dates back half a century may not be the best choice for health care.  Despite the reports that many medical and dental practitioners supposedly receive impressive training there, I remain dubious.  As a seasoned traveler, Johns Hopkins graduate and general skeptic, I fail to see the connection between antiquated technology, severely limited educational and medical supplies, and the capacity to provide world-class medical/dental care.  It just doesn’t add up.

That said, the beaches are reported to be very nice, and their salsa dancers amazing.  On another bright note, even though they are a financially strapped country, their cuisine has gained notoriety on the world stage as well as their musicians, painters, and mojitos. But if you seek dental care, your safer bet would be Costa Rica – a nearby country which offers safety, security and some of the best dental practitioners in the world.

Not many people know about this little gem, which we use to refer to affectionately as Burma.  When human rights abuse became so bad, I believe they decided to change their name to something in Spanish that may translate out as The Mayan Sea.  But you will not find many Mayans or many Latinos there, nor many beachside resorts.  You will also be hard-pressed to find talented and well tooled and schooled Dentists.  Why?  Because the country is poverty stricken with a weak educational system and teeth are probably the last thing on most people’s minds in Myanmar.

Chances are good you won’t hear too many love songs, uplifting cultural tales or reports of good eats in Mandalay, or anywhere else in Myanmar.  The good news is scarce. Survival is most people’s main concern, and the truth is many citizens there don’t eat enough food to develop and sustain teeth; in many cases, they eventually fall out from malnutrition and lack of basic dental hygiene and maintenance.  Added to that, those who speak up against their Government regime may very well have their teeth kicked out, and there is rarely funds and talent nearby to repair that type of damage.  If you are seeking dental care and beautiful memories in South East Asia, best stick with safer bets, like Thailand, Singapore, or Malaysia.

Mexico by many standards is a very beautiful country, but it remains a place where crime persists and homicides occur frequently.  I have found their people to be decent, hard-working, and kind, and they have developed a very rich culture.   Unfortunately, the rampant corruption, organized crime, and gangs prevent them from becoming a more popular and safe Dental Tourist destination.

There are certain places in Mexico which are very safe, but there remains an unruly class of narco-traffickers who are always nearby which makes doing business and receiving care an unpredictable proposition.  And the rampant corruption and unreliability of their police force and military mean tourists of any type must bear additional risk.  This in no way places them in the same hopeless situation as some other countries on this list, but it also prevents them from earning the high marks I would give certain other dental tourist destinations.

When your politicians and journalists are under onslaught from heavily armed and unscrupulous people, even going to the corner store can become a worrisome affair.  Dental tourists in this region seeking care will likely fare better choosing a country like Costa Rica; one where there is little need for a standing army or a heavy hitting police force, and one that offers plenty of savings and high patient satisfaction rates.

There’s something about the thought of being chopped up by machete that turns most people away, but where there’s adventure to be found there are those who seek it, regardless of the danger.  The Congo offers a natural beauty that would impress most people, but very few tourists pass thru this region due to the lack of infrastructure, adequate security, and acceptable hygiene.  Malaria remains one of the top selling points – so if diarrhea and vomiting in the jungle are on your bucket list, the Congo may be your best country of choice.  Sadly, your afflictions may be the highlight of your trip.

So, if you are seeking a communicable disease, hope to see gorilla’s in the mist, or seek dental care, we suggest tamer tropical environments; possibly ones with world class zoos where adventurers and tourists alike can enjoy their stay – and return home to recount their tales.  Best bet if you are in Africa, head south…as far as you can go.  While not the panacea of medical care, The Rainbow Country is known to have acceptable dental care and South Africa will also offer some cultural treats that will make your trip worthwhile.