Vast rain forests, untamed nature, and the unique view on one of the four tropical fjords found in the world. Mother Nature invites you to discover the untouched beauty of one of the most remote parts of Costa Rica. The Osa Peninsula is located in the southwestern corner of the country in the Province of Puntarenas. With the Pacific Ocean on the west and the Golfo Dulce on the east, the Peninsula is also known for beautiful bays and deserted beaches. But especially for its pristine wilderness and biodiversity. After all, at least half of all species living in Costa Rica are found on the Osa Peninsula.  Which makes it a hotspot for all die-hard nature lovers. If you go there, here are three things you definitely don’t want to miss: 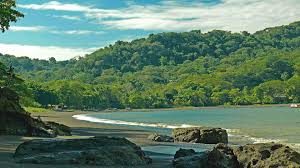 Almost half of the Osa Peninsula is taken up by the Corcovado National Park which covers 417 sq. km. (161 sq. mile) of magical landscape. It is not without reason that scientists consider it to be the most pristine rain forest, with the most diverse range of wildlife in Central America. Moreover, the last remaining old growth wet forests on the Pacific coast of Central America grow in Corcovado.

In its 13 major ecosystems, the Park contains about 2.5% of the world’s biodiversity. About 140 species of mammals, 370 bird species, plus 120 types of reptiles and amphibians are gathered here. Along with more than 6,000 insect species which have their habitats in the diverse range of trees growing here. More than 500 different tree species and about 150 types of orchids have been classified – up to today. As scientists often use this Park as their laboratory, new plant and animal species are discovered all the time.

But now enough for all the numbers, just imagine a densely vegetated rain forest where jaguars, pumas and ocelots hunt for small animals. Where all four Costa Rican monkey species jump from tree to tree, and where tapirs and sloths live side by side. If all these things attract you, it is definitely a Must-Go on your next trip through the country. The best ways to get to Corcovado are by boat through Drake Bay on the northwest, or through Puerto Jimenez on the southeast.  Both places are worth a visit on their own.

With its 1,780 citizens, Puerto Jimenez is the biggest town on the Osa Peninsula, and the closest the Peninsula gets to a bustling capital. The city is located on the southeastern side of the Peninsula, adjacent to a wide bay called the Golfo Dulce (Sweet Gulf). Affordable hostels, the well-stocked supermarket, and numerous tour agencies attract many backpackers and other tourists. You can get there by plane as domestic flights arrive at the small airport. It’s a very fast, but not very expensive way to get here. A flight from San Jose only takes about an hour and costs about $80-$100. 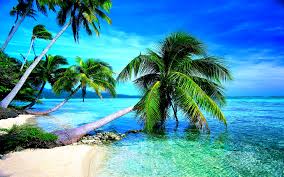 There are lots of things to do and see in and around Puerto Jimenez. Take a long walk on the main beach which stretches south all the way to the Rio Platanares Estuary, and enjoy the calm waters of the Golfo Dulce. If you prefer more secluded beaches, you will love Playa Platanares. The remote beach southeast of the city has very fluffy sand, some crashing waves, and swaying palm trees

For more adventurous activities, you can also go kayaking on the Golfo Dulce as the calm waters are perfect for it. If you start your tour right before sunset, you’ll having a good chance to see many types of birds and monkeys in the mangroves.  And if you’re really lucky, even some turtles and dolphins, depending on the tide.

The warm, shallow waters of the sheltered Golfo Dulce are also known to attract a variety of dolphins and whales for “wintering” in the warm tropical waters. This is why Puerto Jimenez is one of the best hotspots for whale watchers. The best time for whale watching in Costa Rica is marked from July to October of each year. Humpback whales, the biggest mammals of the sea, are most commonly seen as they swim in breeding groups along the inner shore of the Peninsula. But if you are lucky, you can also catch a glimpse of a whale shark, the world’s largest fish species which can also be seen from April to May. Different types of dolphins can be seen throughout the whole year, even in huge pods of 100 and more.

On the exact opposite side of the Peninsula, there is a small Pacific bay, Bahía Drake, or also called Drake Bay. You will find a flourishing village, and a stunning 17 km long coastal way that leads to the San Pedrillo entrance of Corcovado National Park.

The ride to Drake Bay is an adventure in itself. The best way is by boat from the small town of Sierpe. The route will take you through the mangroves along the winding Sierpe River. The Ticos believe that the river, and the surrounding wetlands have magical properties. During the trip you’ll get the chance to see caymans, lizards, monkeys and birds that call the mangroves home. 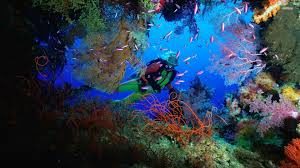 A must-see when you are in Drake Bay is a trip to the uninhabited Isla de Caño, also called Cano Island. The boat ride from Bay Drake takes about 40 minutes, and then you arrive at the centerpiece of one of the most important marine reserves of Costa Rica. Many tourists come to see the wide range of marine wildlife, which may include manta rays, dolphins, sea turtles, whales, manatees, and an incredible variety of fish.  Cano Island is a top diving and snorkeling destination.

If you are not that into diving, the island itself is nonetheless worth visiting. Just explore the stunning beaches or the tropical jungle with all its exotic birds, coiled snakes, slippery tree frogs that call Cano Island their home. You will notice the stone spheres that have been found scattered around the country. There are many myths and legends surrounding the spheres as scientists still don’t know how these spheres were so perfectly shaped. To understand the magic about these mysteries, you have to see them for yourself so you can devise your own theory on how these mystical landmarks came into existence.

As you can see, it’s almost a slight understatement to call the Osa Peninsula a worthwhile place to visit in Costa Rica. This small Peninsula offers a huge amount of diverse things to do and see. From wildlife flora and fauna, to pristine beaches and beautiful marine, mystical landscapes, and endless wonders of nature. Come and see for yourself, explore the Peninsula, and enjoy all the beauty Costa Rica has to show you.