Architecture is present in the reality of life and above all in the daily life of citizens. The level of the country’s culture, along with education and the sensitivity of citizens, is what enables us to live in a more harmonious society. Therefore, the declaration of these special days aims to help everyone, each in their field, to rethink the performance of their work in the best possible way to commit themselves to society with the objectives of responsibility that constitute the guarantee for the future of citizens, and of the world as a habitable space.

An architect of solutions is a professional with the necessary experience to know “everything a bit” but having a vision around the solution. He is in charge of listening to the needs of the client and designing a solution, managing the functional requirements towards technologies. In the same way, the architect is the link between the client with functional requirements towards technologies.

With this, we want to note that the architecture of Costa Rica is no less impressive, with a mix of Spanish, indigenous and colloquial influence. After the arrival of the Columbus in 1502, many of the first constructions were of Spanish style, and it was not until the 15th century that colonial architecture began to prosper. Cultural buildings began to emerge with the cultivation of coffee, which led to grandiose structures such as the theater of San José, completed in 1897. Costa Rica can boast of the legacy of 100 years promoting the institutional architecture that revolved around its own cultural roots.

Religious, governmental, and educational buildings will continue to be places of interest in San José. The diversity of architecture in Costa Rica extends from European influence to its own Spanish heritage. One person can only marvel at the prominent works of neo-Gothic styles and Spanish heritage.

It is important to mention that the museum was built to celebrate Costa Rica’s 100th anniversary of democracy. Inside the museum, you can see different exhibitions that show the history of Costa Rica since the Spanish conquest. This is a historical site and the first center of cultural gathering in the country. Likewise, the archaeological treasures of the nation are kept there. Since 1985, the museum has worked with the help of UNESCO, particularly in the cultural heritage project for Latin America.

This marvel of architecture is located in San José, the capital of Costa Rica. It is located adjacent to the Morazán Park, having a harmonious conjunction contrasting between nature and the wonderful creations of man. The metal building was manufactured in Belgium in 1890 and transported to Costa Rica. It was assembled and finished in 1896. Today, such a feat would really be of a forbidden cost.

The architecture is representative of the period of work with iron and metal. The Eiffel Tower in France is an excellent example of this period. Its construction is commonly attributed to various nations combining their efforts to produce an architectural piece. Designed by the architect Charles Tyrian and prefabricated by Aiseau ironworks in Belgium, the cost at that time was close to 340 thousand francs.

Today that price would not even pay the freight. The various segments of the building were sent from Antwerp, Belgium to Puerto Limon in Costa Rica where they arrived in 1892. When the assembly was finished and the additional exterior structures were finished, 4 years had passed, accumulating an additional cost of 225 thousand colones.

Located in the city, this fortress in the form of a tower was built during the presidency of Tomas Guardia and at his request. It was made before cement ever arrived in the country, the fort was never a symbol of tyranny or war. In fact, its windows seem as if they were designed to cumulate bullets, instead of rejecting them.

At the end of the 1960s and during the 1970s, a group of new architects studied abroad and began experimenting with the use of natural materials and achieved combinations of materials and forms that resulted in the development of a local language for residential architecture The other trend was to take advantage of the plasticity and aesthetic values of concrete, to create a sculptural, monumental architecture with an expressionist character and special richness.

Among the constructions which stand out with this method are:

With this and much more, it is very likely that any visitor can capture the countercurrents of the diversity of architecture that Costa Rica has to offer the world. 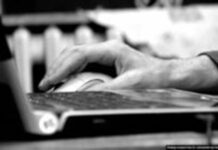 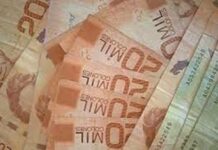 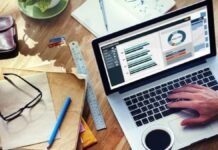