Animal abuse includes behaviors that cause unnecessary pain or stress to the animal as well as torture or depriving it of food. They range from negligence in basic care to torture, mutilation or intentional killing of an animal.

The abandonment of animals, keeping them in inadequate facilities according to their habits, neglecting their hygiene and health, not providing them with adequate food, necessary for their development, their life and the maintenance of their health, or providing them with contaminated food or in bad conditions, beating them or injuring them, mutilating them unless it is essential, and not having the regular veterinarian control are part of animal abuse.

The protection of animals, especially domestic animals, has become a social demand that is increasingly receiving political recognition. In Costa Rica, the defense of cats, dogs, roosters, and many other species has reached the highest level of attention.

The definitive ratification of the modification of Law 7451 of Animal Welfare (a text processed through a popular legislative initiative) was signed by the president of Costa Rica and three of the ministers of his government in a public ceremony in the center of San José, at the beginning of the year 2017, in the presence of hundreds of people and their pets. The animal defenders have managed to introduce into the legislation, very important penalties for activities with a long tradition in this country such as dog and rooster fights.

The law establishes punishments of up to 2 years in prison for anyone who causes the death of a domestic or domesticated animal; and up to 1 year in prison to anyone who causes harm to an animal, performs sexual acts with them or practices vivisection. Another penalty that is imposed is that of up to one year in prison to the person who organizes or promotes fights between animals, such as roosters and dogs.

The law only includes the terms “domestic animal”, which do that due to their evolutionary and behavioral characteristics coexists with human beings, and “domesticated”, are does that through the effort of human beings have changed its natural (wild) condition.

Fishing, aquaculture, farming, zootechnical, livestock, veterinary activities, those for the purpose of improving sanitary or phytosanitary control, marking, reproductive control or hygiene of the animal species, those carried out for reasons of piety, that are carried out for reasons of protection of crops or productive lands or, those that have research purposes are in another category (out of this law).

The law punishes with jail those who intentionally injure animals, that is to say, that traffic accidents in which an animal is hit, for example, are not punishable unless it is demonstrated that was intentionality.

Activities that are carried out for the purpose of protecting public health and veterinary health, breeding or transport activities and public or private shows with animals that comply with the provisions of the Ministry of Health are also outside the scope of this legislation. and are regulated by the Ministry of Agriculture and Livestock. For the mistreatment or contraband of wild animals, Costa Rica has other laws that punish offenders.

There is a dog sanctuary where euthanasia is not practiced as a solution to the problem of abandoned dogs in Costa Rica, which is called “Territorio de Zaguates”, located at Heredia, Alajuela. Their mission is to find homes for all the dogs that are in their care. They are a temporary shelter for hundreds of puppies looking for a second chance, and they are also the permanent home of many others who may never find their own foster family.

Lya Battle and Alvaro Saumet are responsible for this canine sanctuary. Lya and Alvaro are a couple that has been picking up from the street-homeless animals for more than 10 years and taking care of them with the help of some volunteers. They give access to the shelter so people can spend time with the dogs and share activities with them so as to establish some kind of link before a possible adoption. Zaguate, for non-Costa Ricans, means street dog without race. 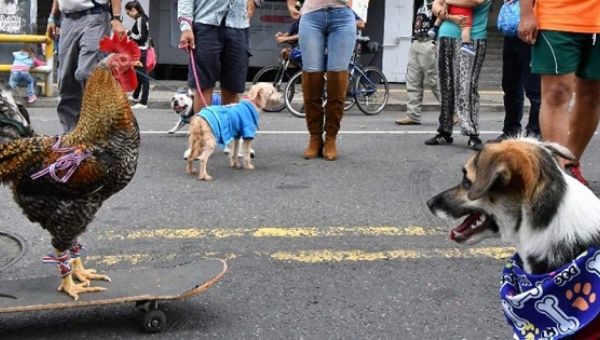 It is always encouraged in our country that people intervene and denounce when witnessing a person or a group beating animals, denying them food or water, not giving them veterinary attention, keeping them locked up, leaving them tied, not offering protection from the cold, heat and rain, organizing fights or illegal races, and abandonment.

It is increasingly understood that pets are a responsibility, not a toy, and therefore we have the obligation to take care of them with due diligence. Abandonment can be considered as a mistreatment if we consider that in the street, road, vacant land and/or enclosures, animals cannot provide themselves with food, water, shelter and protection for their health. Abandoned, without any assistance, the animals are exposed to all kinds of aggression and violence, such as poisoning, abuses, and death.

Respecting animal life is one of the values needed from us to live a fuller humane life.