“When there is a great disappointment, we don’t know if it’s the end of the story.  It may be just the beginning of a great adventure.”  Pema Chodron

The truth is – no matter what the results of the American election were, many people around the world were going to be disappointed at best, enraged at worst, and in despair for those somewhere in the middle.  Now the question is – where do we go from here?

But taking a bigger perspective on the outcome, the awakening that is happening all around the world will continue.  No matter what political party won the American election.  This year has been a year of many revelations of what needs to be changed in our world. And this is only the beginning of the change that is coming for all of us. 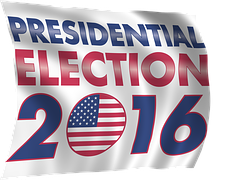 We learned of the clear evidence of complicity between the Democratic National Convention and a presidential candidate.  We watched as mainstream media lost all credibility, and reporters failed to do their job in actually reporting the news rather than promoting the lies and propaganda.  More and more evidence has been presented clearly outlining how big oil companies, massive pharmaceutical businesses, and the ‘banksters’ do not support our best interests at all.  In fact, they are part of an orchestrated strategy to rob us of our most fundamental freedoms. 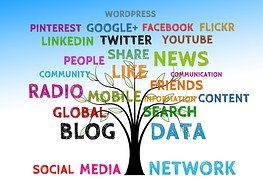 Yet there is more and more good news surfacing if you are willing to step away from mainstream media, and explore the alternative media outlets.  Grassroots movements are growing and reaching more people.  More people are learning the real truth, not the manufactured lies we have been told for years and hoped for the best.  The emergence of the real truth will ultimately bring about real freedom and peace for everyone.

The real change is coming from the people, not the politicians or institutions.  Organized grassroots movements are demanding healthy foods, reliable access to water, and most important of all – peace.  More and more people around the world have begun to stand up and demand that peace is the solution.  If you look away from that little blue box in your living room, you can see evidence of this change that is growing in number and in strength. 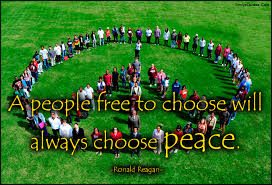 At the end of October, thousands of Palestinian and Israeli women completed their two-week, cross-country march for peace in this long-standing conflict.  The women are calling for a political agreement that is non-violent, respectful, and acceptable to both sides.  In Afghanistan, the government has signed a peace treaty with the Taliban fighters.  There are high hopes that this will be the first step in a lasting peace with the Taliban.  At Standing Rock, we are now receiving reports of entire police departments refusing to return to the conflict that we have all been following on social media sites.  In Thailand, police voluntarily laid down their shields and batons to show support for the demonstrators standing up against the corruption in the government.  In Germany, police officers took off their helmets and chose to join with the protesters marching against the repressive measures dictated by the banks. 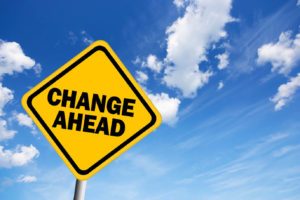 For anything to change, we must first see how it no longer works.  For healing to begin, we must first understand each other’s pain.  For growth to take place, we must first accept where it has been denied.  The change is coming through the solutions that are being created.  Peace initiatives rather than cries for more war.  Rather than synthetic drugs and vaccines, there is a growing movement towards organic foods, and traditional herbal medicines.  Rather than continuing to decimate the planet, the development of wind, solar, and clean energy technology. Rather than governments continuing with their hidden agendas, we now have access to more and more truth through the efforts of people like Edward Snowden and Julian Assange.

This time of extraordinary change has long been prophesized by many different indigenous cultures.  So while the results of the American election may seem to be going in the wrong direction to achieve the change so many are working towards, remember, the US is only one country.  Our world is much bigger than that.  The influences of peace, growth, and cooperation are building and spreading.  And even more is yet to come.  Everything that has ever helped to make our world a better place came from those who chose love over hate.

Even Ms. Clinton had a positive message to share with all those who were so disappointed, ““Please never stop believing that fighting for what’s right is worth it”.  Take heart in the words of Edward Snowden when he released the NSA papers, “the truth is coming and it cannot be stopped”.