From Corcovado to Tiktok: The Tico Naturalist Guide Who Enchants With His Videos of the Park’s Fauna And Flora

The killing of the American-born Islamic cleric Anwar al-Alawaki by a CIA drone in Yemen is being chauvinistically portrayed as a legal question for the United States. But the real issue is the rule of law in the global society.

While the US judicial system, or what remains of it, has gotten itself in a panty twist about this abrogation of American law and Constitution, the rest of the world utters a collective ho-hum. There isn’t a country in the world other than the most militarily powerful one that doesn’t know that might still makes right.

The American government, duplicitous proponents of human rights for as long as anyone can remember, has become the self-assigned executioner of whomever we damn well please in the name of the phony Global War On Terror.

So the question is this: Now that all pretence of international rule of law has given way to the bare-knuckled assertion of national security by the USA, what needs to done to actually establish the rule of law in the global society?

One of the many legitimate reasons that lawyers are often so reviled is their Jesuitical ability to skirt the very laws they are charged with defending. In this case, the legal hacks have outdone themselves in America. The extra-judicial execution of al-Alawaki, we’re being told, “was narrowly drawn to the specifics of Mr. Awlaki’s case and does not establish a broad new legal doctrine to permit the targeted killing of any Americans believed to pose a terrorist threat.”

The late physicist Richard Feynman said, “The first rule is: Don’t fool yourself…and you are the easiest person to fool.” If the lawyers who drafted this apologia think that killing al-Awaki was a one-off, they are the biggest fools in the world.

A great irony of our times is that the more chaotically global things become, the more anachronistically parochial many people turn in their focus. To some degree that’s a reaction against a world that has become overwhelming, but it’s also simply a refusal think outside our comfortable boxes.

There are many covers for the murder of al-Awaki, but it’s easy to see through them. One of my favorites–from the president who promised transparency–is that they cannot discuss the execution because “technically it remains a covert operation.” 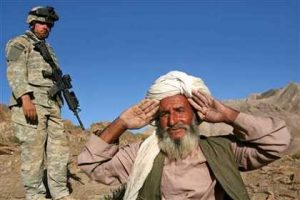 As the New York Times reported, the Obama Administration’s action violated an “executive order banning assassinations, a federal law against murder, protections in the Bill of Rights and various strictures of the international laws of war.”
There have been some weak calls by liberals and civil society lawyers for explanation beyond justification, since snuffing out al-Awaki represents a precedent that raises grave concerns about the rule of law and civil liberties.

Of course, Americans are still just talking about the rule of law and civil liberties in and for US citizens, because we have yet to disabuse ourselves of the delusion that we are the world.

The precedent that this case sets for the world is very disturbing. If the United States is willing to throw out habeas corpus and execute one of its own citizens in another country without trial, it can and will execute anyone in any country that it deems a threat. The real threat is to the rule of law in the world however.

What must be done? What can be done?

Second, citizens of all countries have to proclaim that the actions of the United States undermine not only the dubious rule of international law, which continues to be held hostage to the power plays of nation-states, but the rule of law per se, as it applies anywhere and everywhere.

Third, the International Criminal Court should declare this, and all such extra-judicial killings (including unilateral drone and special services attacks in Pakistan) illegal. Then the United Nations Secretary-General should put forth a vision and plan for dealing with terrorists within legal frameworks at the international level.

The rule of law is not a nicety. When nations flit back and forth between war and the law at their whim, the world returns to the law of the jungle.

Peninsula Papagayo, presented its IV edition of the Sustainability Report with the results obtained during 2021
Travel

From Corcovado to Tiktok: The Tico Naturalist Guide Who Enchants With His Videos of the Park’s Fauna And Flora