The New York Times recently reported on the rise of alternative economic networks in Greece (“Battered by Economic Crisis, Greeks Turn to Barter Networks,” October 1). As the shortcomings of the mainstream economy become more apparent globally, we can expect to see more participation in alternative economies. 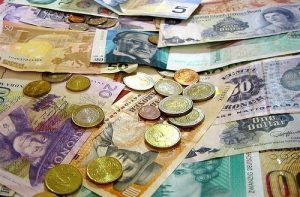 The Times describes how an alternative economic network in the city of Volos works: “People sign up online and get access to a database that is kind of like a members-only Craigslist. One unit of TEM [Local Alternative Unit] is equal in value to one euro, and it can be used to exchange good and services. Members start their accounts with zero, and they accrue credit by offering goods and services.”

The online network includes a rating system to boost quality control. Loans and vouchers that can be used like checks are also available to participants.
The opportunities that the network engenders are especially important at a time when news from Greece tends to be grim — most recently, massive wage cuts have been proposed for state-controlled publicly listed companies. When the system fails to deliver what it promised in exchange for power, alternative economic networks offer a real social safety net for people to fall back on.

But investing in alternative networks is beneficial not just as insurance, but as a means to greater individual and community autonomy. A Volos resident described the sense of empowerment that came from participating in the alternative economy. “The most exciting thing you feel when you start is this sense of contribution,” she told the Times. “You have much more than your bank account says. You have your mind and your hands.”

Alternative economies create more options for people to use what they have to get what they want in a peaceable manner. Participants do not need to wait around for someone with money to create jobs, but can directly interact with each other to meet needs and thrive. By participating in an alternative economy, individuals make their livelihood less subject to the decisions of official banks or governments.

The United States is no stranger to alternative currencies or barter networks. Back in the Great Depression, local trading systems sprouted up across America, filling a gap where there was work to be done and people willing to do it but otherwise no money to pay them with. 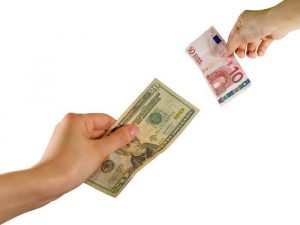 Alternative currencies are also being used today by people interested in fostering community and freedom. Time banks and time-backed currencies like Ithaca Hours or Shire Hours allow members to make exchanges based on labor time.
Some barter networks are backed by precious metals instead. Shire Silver, created by enterprising libertarians in New Hampshire, uses cards containing small amounts of silver or gold. DelValley Silver is establishing a barter network based on silver tokens. And BitCoin is a digital currency in worldwide use.

A nice thing about alternative currencies is that numerous alternatives can exist for people to choose from. An individual could use one currency for certain things and other currencies for different things.

When necessary, alternative currencies can be exchanged like international currencies are today, and they actually are frequently exchanged for official national currency. This means that a variety of methods could complement each other, whether based on gifting or mutual aid or on hard currency.

The economy is made of transactions between people. By working together, people can build a more engaging, exciting, and cooperative economy than what elites will make for them. After all, there is work to be done, and people have the skills and time to do it.